But the salvage job isn't over. 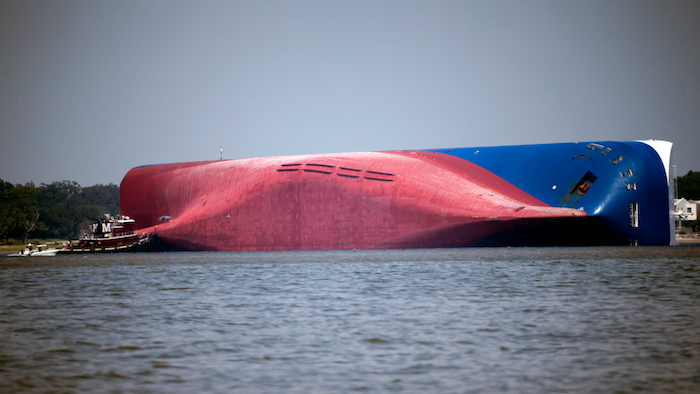 In this Sept. 9, 2019, file photo, a Moran tugboat nears the stern of the capsizing cargo ship Golden Ray as rescuers can be seen near the bottom of the ship near the tug boat, off St. Simons Island, Ga. The final giant chunk of an overturned cargo ship has been removed from waters along the coast of Georgia.
AP Photo/Stephen B. Morton, File

BRUNSWICK, Ga. (AP) — The final giant chunk of an overturned cargo ship was removed from waters along the coast of Georgia on Monday, almost a year after demolition began on the wreck that tipped over with 4,200 automobiles in its cargo decks.

Weighing more than 4,000 metric tons (4,410 U.S. tons), the eighth and last section of the South Korean freighter Golden Ray left the wreck site off St. Simons Island after a crane lowered it onto a big barge outfitted with a special cradle to hold the wreckage.

“This is the end of the wreck removal phase," said Coast Guard Petty Officer 2nd Class Michael Himes, a spokesman for the multiagency command in charge of the demolition.

But the salvage job isn't over. Big pieces of the ship's side and other debris were left behind after the ship's center, the most damaged part of the vessel, was cut in two, Himes said. Those were the final two sections removed.

Cleanup of that debris and stray wreckage that fell from the other larger sections, including some cars, will take two weeks or longer, Himes said. Then crews will remove metal shipping containers and rock placed around the partly submerged wreck to stabilize it during demolition, as well as take down the giant mesh barrier installed around the site to contain debris.

That should all be finished before the end of the year, Himes said.

Meanwhile, the last two large sections taken from the wreck site must be broken down further before they can depart Georgia for a salvage yard in Louisiana. Himes said that likely won't be done until early 2022.

The ship capsized onto its side on Sept. 9, 2019, shortly after departing the Port of Brunswick. All crew members were rescued safely, but salvage experts deemed the ship itself, measuring 656 feet (199 meters) long, was a complete loss.

The U.S. National Transportation Safety Board reported the combined losses totaled more than $204 million. The agency concluded an officer's error in calculating the ship's stability left its center of gravity too high, causing the vessel to capsize.

They settled on a plan to straddle the shipwreck with a towering crane and use a long anchor chain powered by winches and pulleys to slowly saw it into eight giant pieces for removal.

Demolition work began last Nov. 6 and was periodically interrupted by breaks in the chain, one big fire that engulfed the wreck after being sparked by cutting torches and leaking oil that fouled 2.5 miles (4 kilometers) of beach and marsh grasses.

Some conservationists have asked the multiagency command overseeing the demolition for a formal assessment to determine the extent of the ecological damage from oil spills and other pollutants that came from the wreck. No decision has been announced. 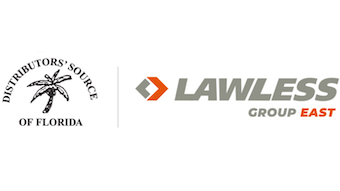