Industrial A Bright Spot For Essendant Upon S.P. Richards Merger 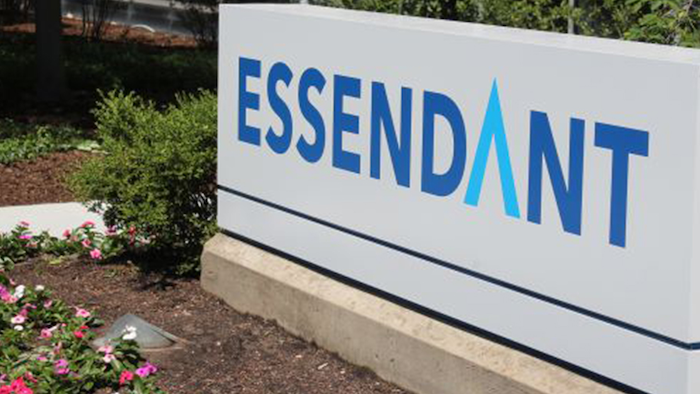 Essendant posted total Q1 sales of $1.24 billion, down 2.4 percent YoY. That follows Q4 2017's sales decline of 4.5 percent. The company's Industrial segment was one of its bright spots, as sales of $155.6 million increased 5.7 percent YoY. The rest of Essendant's Q1 sales breakdown was:

Essendant took a Q1 net loss of $51.4 million, in large part due to restructuring costs that include facility consolidations and workforce reductions. The company's Q4 2017 earnings report stated that restructuring began in Q1 and will continue into 2020 and would have Q1 costs of $42 million to $48 million. Essendant did not comment on the number of facility or headcount reductions or where those reductions were/are being made. The restructuring aims to achieve savings of more than $50 million by 2020, with more than half of that achieved in 2018. Q1's had an operating loss of $58.4 million.

Essendant expects full year 2018 sales to be down 3 to 5 percent YoY.

The new company will be led by Essendant president and CEO Ric Phillips, while Essendant CFO Janet Zelenka will hold that same position as well. S.P. Richards President and CEO Rick Toppin will be appointed COO of the combined company, and additional leadership roles will be mutually determined as part of the integration process. The combined company will maintain headquarters in both Deerfield, IL and Atlanta, GA.

The new Essendant will have approximately $300 million in adjusted EBITDA and 4.2 percent adjusted EBITDA margins. The combination is expected to result in more than $75 million in annual run-rate synergies and more than $100 million in working capital improvements. The companies say the cost synergies will be primarily driven by sourcing, supply chain and selling, general and administrative efficiencies, and they expect 90 percent of the cost synergies to be realized within two years post-closing and to incur less than $50 million in one-time cash costs to achieve those synergies.