Thomas Mason, who co-founded Airgas with Peter McCausland in 1982, passed away at the end of November at the age of 79. Until his retirement from the company in 1997, he helped it quickly become one of the largest industrial gas and welding suppliers in the U.S. 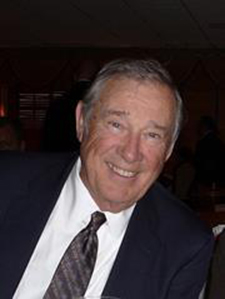 According to a report by gasworld, Airgas co-founder Thomas Mason passed away at the end of November at the age of 79.

Mason and Peter McCausland co-founded Airgas in 1982. The duo soon acquired Connecticut Oxygen as the first of several hundred U.S. gas and welding distributor acquisitions for the company. Airgas first listed on the New York Stock Exchange in 1986 and quickly became the largest gas and welding supplier in the U.S.

Mason started in the industrial gas industry at Air Reduction Incorporated after serving in a Navy flight squadron for two years in Hawaii. He was recalled to active duty during the Cuban Missile Crisis, eventually retiring as Lieutenant Commander after 20 years of service. He will be buried at Arlington National Cemetary in recognition of that service.

Mason then returned to the industrial gas industry as vice president of Burdett Oxygen Co. before co-founding Airgas. He also served on several industry groups, including president of the International Oxygen Manufacturers Association (IOMA).

"As a hands-on chief operating professional and master salesman, Tom was a perfect complement to Peter McCausland, from the founding of Airgas back in the early 1980’s and throughout Airgas’ formative years," Airgas said in a statement. "Tom’s easygoing, optimistic manner and customer-centric approach helped lay the cultural foundation for Airgas’ growth over the ensuing three decades. He was a friend and mentor to those who were fortunate to work with him, and he was respected by all who had the privilege to know him."

Mason is survived by his wife of 62 years, Peggy Joy, three children and he had 10 grandchildren.