Along with unveiling a new logo, Air Liquide said that the Airgas acquisition has grown the company to a headcount of 68,000 employees, serving more than 3 million customers and patients worldwide. 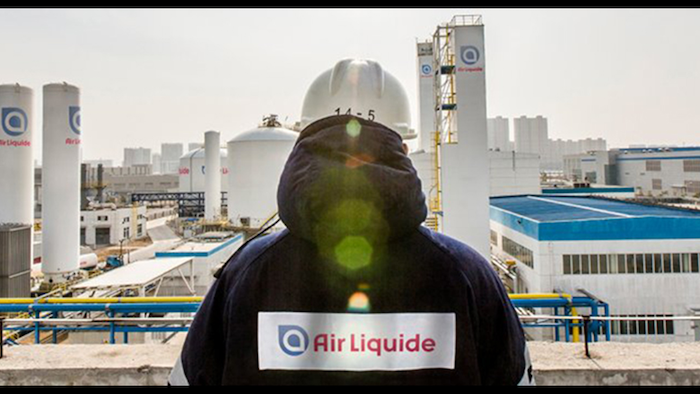 PARIS, France — The acquisition of Airgas and the launch of the NEOS Company Program for the period 2016-2020 mark a new milestone in the history of Air Liquide. The Group is transforming and is changing its visual identity with a new logo, the fifth since the company was founded 115 years ago. This new visual identity, which embodies the transformation of Air Liquide, is that of a leading Group, expert and innovative, that is close to its stakeholders and open to the world.

With the acquisition of Airgas, Air Liquide has grown in size. Today, the Group counts 68,000 people and serves more than three million customers and patients worldwide. By strengthening its presence in the United States, the world’s largest industrial gases market and also a country at the cutting edge of innovation and digital technologies, Air Liquide is entering a new phase in its development and growth.

With its NEOS Company Program, Air Liquide is implementing a customer centric transformation strategy to deliver profitable growth over the long term. This strategy, in which innovation is the predominant path to growth, is designed to offer new solutions for the challenges posed by the energy and environmental transition, healthcare, and the digital transformation. Air Liquide will thus continue to create value for all of its stakeholders.

This change in visual identity thus illustrates the Group’s transformation and marks a new milestone in its history. While maintaining the brand fundamentals — name, color code and construction of the logo — the AL monogram is being replaced by a new brand sign, the “Alpha”, which stands for the beginning of a new phase. The precision of the Alpha echoes the Group’s expertise, its scientific culture and its technological and innovative capabilities. The roundness of the sign and the lower case typeface convey the Group’s proximity to its stakeholders and contribution to major societal challenges. Last but not least, the elimination of the frame around the logo suggests the Group’s openness, whether this be in its way of innovating or its ongoing dialogue with communities.

This new visual identity for Air Liquide is the logical extension of the Group’s “Creative Oxygen” signature launched in 2014. Expertise is expressed in the mastery of “oxygen”, the molecule essential to life, matter and energy, while proximity and openness are conveyed in the “creativity” of teams.

Benoît Potier, Chairman and CEO of Air Liquide, commented: “This new visual identity is a strong illustration of the transformation of Air Liquide. It marks the beginning of a new phase in the Group's history at a time when its size is changing significantly. Thanks to committed and passionate teams, the trust of our customers, and the loyalty of our shareholders, we are confident in the Group's ability to pursue its development and create long-term value for all its stakeholders.”

To accompany this new visual identity, Air Liquide is launching a multi-channel communication campaign #AirLiquideistransforming with a focus on digital and social media.

To illustrate the transformation of the Group, the campaign is structured around several topics offering proof of its business transformation, communicated with simplicity in a tone that brings the Group closer to its audiences. It is possible to discover, among other things, an Air Liquide that "is reinventing its classics" when it comes to its innovations in industrial gases, "in tune with its patients’ health" in reference to new e-health services, or that it is "driving a revolution" when it comes to the Group’s development in the field of new energies for clean transportation. A video depicting Air Liquide employees, contributing to the Group’s transformation, completes the communication package.

Discover the Group’s transformation and its new visual identity at airliquide.com and on social media: @airliquidegroup #AirLiquideistransforming and on LinkedIn.