Melville, NY - MSC Industrial Direct Co., Inc., one of the largest direct marketers and premier distributors of Metalworking and Maintenance, Repair and Operations ("MRO") supplies to industrial customers throughout the United States, today reported financial results for its fiscal 2012 year and fourth quarter ended September 1, 2012. Both periods included an additional week of operational results as compared to the prior periods.

Erik Gershwind, President and Chief Operating Officer, stated, "Despite an increasingly difficult demand environment, we delivered solid results in the fourth quarter and for the year.  I was encouraged by our gross margin performance, cost containment focus and our team's strong execution of the growth initiatives that will position us for the future."

David Sandler, Chief Executive Officer added, "In assuming my new role as Executive Vice Chairman, I have never been more excited about the future of our company. I have absolute confidence that Erik and his team will take MSC to new heights of success and levels never before seen in our history."

Mr. Gershwind concluded, "While visibility remains limited in an uncertain near-term environment, we are cautiously optimistic about an improved environment in 2013, as clarity replaces uncertainty. We remain confident in our march towards the revenue goal of $4 billion by 2016 and in our ability to take disproportionate market share in any economic environment."

Outlook
Based on current market conditions and taking into account the impact from the recent hurricane, for the fiscal 2013 first quarter the Company expects net sales to be between $576 million and $588 million. Excluding non-recurring costs related to the co-location of the Company's headquarters in Davidson, North Carolina, the Company expects adjusted diluted earnings per share for the first quarter of fiscal 2013 to be between $0.98 and $1.02. GAAP diluted earnings per share are expected to be lower than the guidance by approximately $0.02 per diluted share for the first quarter of fiscal 2013, resulting from these non-recurring costs.  The Company continues to expect approximately $7-10 million in non-recurring relocation costs, depending upon the number of associates who choose to relocate, to be incurred primarily in fiscal years 2013 and 2014. The midpoint of this guidance also reflects projected average daily sales growth of 6.7%, typical seasonal patterns in sale s and margins and investment programs.

The management of MSC will host a conference call today, at 11:00 a.m. Eastern Time, to review the Company's results for the fiscal 2012 year and fourth quarter, and to comment on current operations.  The call may be accessed via the Internet on the home page of MSC's website located at: www.mscdirect.com.  A replay of the conference call will be available on the Company's website until Friday, November 30, 2012. 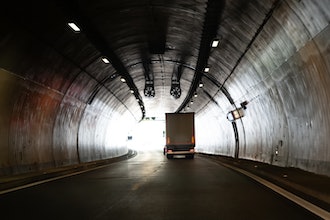