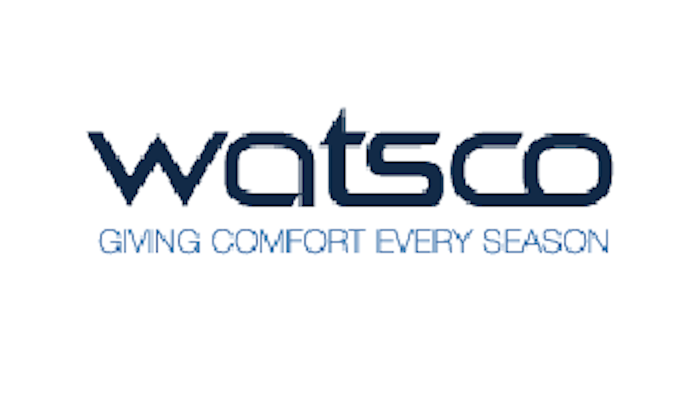 Albert Nahmad, Watsco's President & CEO stated: "Watsco delivered another solid quarter of earnings growth from higher sales, improved selling margins and the continued effort of our business units to manage operating costs. We saw strength in sales of residential HVAC systems in the United States, which grew 17%, from a combination of strong unit demand and a better sales mix of higher-efficiency systems. Overall, our results represent a great finish to another excellent year."

It is important to note that the fourth quarter of each calendar year is highly seasonal due to the nature and timing of the replacement market for air conditioning, heating and refrigeration systems, which is strongest in the second and third quarters. Accordingly, the company's fourth quarter financial results are disproportionately affected by this seasonality.

Mr. Nahmad added, "2013 was another great year, which we believe highlights the stability and consistency of our company. Our team did a super job of managing the business and took advantage of opportunities in the markets to drive the business and optimize performance. Watsco's scale, access to capital, commitment to innovation and long-standing vendor relationships are all at the disposal of our most important asset - the local branches that serve our contractor customers."

Mr. Nahmad added, "2013 was another strong year for cash flow, which we expect to continue in 2014. Our philosophy of sharing increased cash flow through higher dividends while maintaining a conservative financial position with continued capacity to build our network remain cornerstones of our company."

2012 Earnings Per Share on an Adjusted-Basis vs. GAAP Basis

Great insight! Thank you! At least I know I'm not crazy!

The results are in: E-Commerce for Manufacturing 101 is a hit. View it on demand now to learn how to measure ecommerce success and how to make it work, even if you're a one-person marketing department. Watch it now.
Nov 30th, 2021