Along with healthy October sales growth, Grainger plans to increase investments in growth and infrastructure in 2015 by $115 to $150 million. 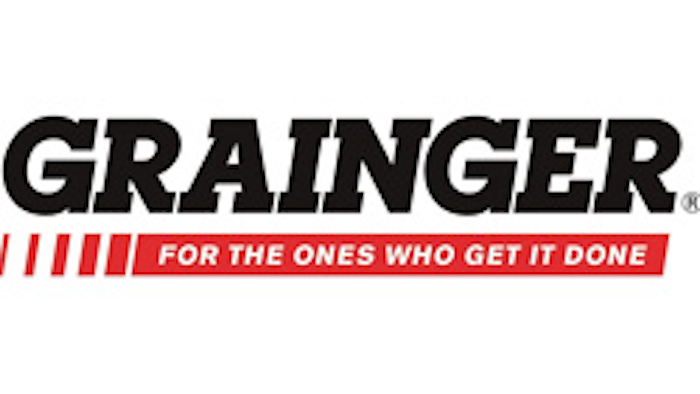 W.W. Grainger, No. 3 on Industrial Distribution's 2014 Big 50 List, on Wednesday reported sales for the month of October.

"We continue to lead the consolidation of the large and highly fragmented MRO industry by responding to the evolving needs of our customers. In order to accelerate our share gain, we plan to increase our investments in growth and infrastructure in 2015 by an incremental $115 million to $150 million. These investments will also further strengthen our foundation that provides scale advantage for both our multichannel and single channel online models. We are stepping up our productivity efforts and expect to fund these investments through cost savings," said Mr. Ryan.

As part of the meeting, Grainger provided the following outlook for sales and earnings in 2014 and 2015:

The company also discussed plans to refocus its international portfolio and announced its decision to exit Brazil. Grainger Brazil was acquired in 2012 and today represents approximately $30 million in revenue with substantial losses. Exit costs for Brazil are estimated at $30 million to $40 million. Grainger also announced plans to take out 10 to 15 percent of the cost structure of Fabory, its multichannel business headquartered in the Netherlands. Sales for Fabory in 2014 are expected to be approximately $280 million, or 2.8 percent of company sales. Restructuring costs for Fabory are estimated at $5 million to $10 million. The company plans to execute these changes over the next six to 12 months. Fabory is expected to be break even in 2015 and reach profitability in 2016.  Company guidance excludes the expected restructuring costs.

As part of its 2015 incremental growth and infrastructure spending, Grainger announced plans to increase its investment in its single channel online businesses. Revenues for these businesses, which include MonotaRO inJapan and Zoro in the United States, Canada and Europe, are expected to increase 33 percent to approximately $800 million in 2015, contributing two to three percentage points to total company revenue growth. Given the strong growth of these businesses, the company plans to aggressively invest in the development of the single channel online model in Europe, representing approximately $0.20 to $0.25 per share in costs for 2015.

Finally, Grainger updated its longer term financial objectives. The company reiterated plans for operating margins in the range of 16 to 17 percent by the year 2019. This improvement is expected to come from organic sales growth in the high single digits and long term operating margin expansion averaging 30 to 60 basis points per year. For reference, Grainger's operating margin in 2014 is expected to be 14.3 percent, excluding restructuring charges and unusual items.