The Future Of Mobile Computers Is Rugged

Increasing availability and affordability of wireless broadband is giving the global workforce true mobility, for the first time in history . . . 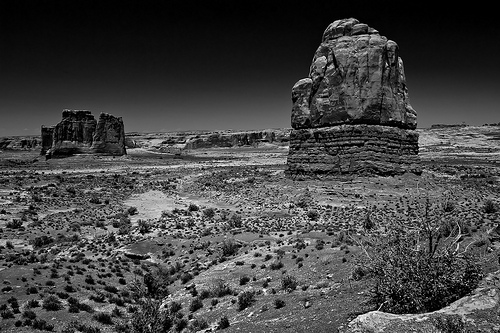 We are going through a radical shift in the way people work and use computers. Increasing availability and affordability of wireless broadband is giving the global workforce true mobility, for the first time in history. Many of them will use smartly designed mobile rugged computers for their everyday computing and communication needs, instead of traditional laptops.

”We live in interesting times”, said Robert Kennedy in 1966. I am prone to agree, although Bob and I surely refer to vastly different developments and scenarios. I would like to suggest that we are presently going through a real, radical shift in the way in which people work and use computers. It is about true mobility, for the first time in history.

With increasing availability and affordability of wireless broadband, people are no longer confined to the traditional office environment. Soon we will all be connected, everywhere and always. Mobile operators are expanding networks and increasing capacity to handle the explosion of data traffic stemming from the increasing use of smartphones (that are in reality more computers than phones).

Working from home or closer to the customers can have several positive effects: it may make staff more content and also more productive. It may make the organization slimmer by reducing the need for office space. And the society as a whole may reap great environmental rewards if this newly found true mobility leads to fewer trips by car, bus, train or plane to and from the office.

Another strong trend that drives true mobility is the availability of much improved so-called rugged, or ruggedized, computers. As opposed to traditional, or commercial, computers, these computers are specifically designed to operate reliably in harsh usage environments and conditions, such as strong vibrations, extreme temperatures and wet or dusty conditions.

Standard computers are simply not suitable for use in outdoor environments. They have poor battery life and cannot withstand shock, dust and water. They break too easily and too often, thus making the price-benefit analysis inferior to that of rugged computers (although the latter are more expensive to purchase). The total cost of ownership is much lower, as much as 65 per cent lower per year, for rugged computers, mainly because their durability minimizes or eliminates the loss of productivity that is the result of computers breaking down.

Traditionally, rugged computers have been used by field workers operating in tough and ‘naturally mobile’ environments such as logistics, geomatics, forestry, public transportation, construction, mining, public safety and military. But a strong parallel trend is that even ‘ordinary’ office workers are now also starting to use rugged computers for a life ‘on the go’ to avoid having to replace commercial laptops or handheld devices or even smartphones so often. Many blue collar workers, like garbage collectors and train staff, have also started using rugged computers and handheld devices to make their work more effective and productive.

But what is a rugged computer?

There are two main standards for classifying rugged computers:

The American military standard for equipment, MIL-STD-810. This is a broad range of environmental conditions that include: low pressure for altitude testing; exposure to high and low temperatures plus temperature shock; rain; humidity, fungus, salt fog; sand and dust exposure; leakage; shock and vibration. The standard is comprised of 24 laboratory test methods.  Generally speaking, the more methods tested (and passed), the more rugged the unit. So a rugged computer would on one level be classified by how many test methods it has passed.

The IP scale. Not to be confused with Intellectual Property or IP address, IP in this case stands for Ingress Protection and the ratings are displayed as a 2 digit number. The first digit reflects the level of protection against dust. The second digit reflects the level of protection against liquids (water). So an IP67-rated unit is totally dust proof and is capable of immersion in water for at least 30 minutes to a depth of 1 meter.

As everybody knows Apple has been hugely successful with the iPhone and the iPad. This success has also spread into the ruggedized market where some enterprises who traditionally would have bought rugged devices have opted for an iPhone or iPad as their enterprise mobility hardware. The tremendous success of Apple has more than anything taught the broad masses that usability is important, that design matters and that the essence of mobility lays in the size and weight (or lack thereof) in a device. The manufacturers of rugged equipment are learning quickly and are now launching rugged smartphones and other user-friendly and smartly designed devices.

Rugged computers have become much more sophisticated and advanced in the last few years. They now have faster processors to offer better and broader use, and the ability to bring desktop functionality out into the field. Their batteries can work for eight hours on a single charge – a full work day. They may work on any choice of wireless frequency anywhere in the world. They have high quality cameras that allows in field image capture.

Rugged mobile computers have also become much lighter and have much better functionality overall, including better displays and improved ergonomic design – all contributing to an improved user experience. New screen technology provides spectacular screen clarity and brightness in any outdoor condition, even direct sunlight.

Cover Image thanks to ozanhatipogul

Jerker Hellström is a pioneer and industry veteran in the mobile rugged computer industry. In both entrepreneurial and managerial positions, he has more than 25 years of experience from developing, designing, manufacturing and marketing rugged computers globally.