According to a recent survey by Channel Target Media 20% of folks use Twitter at least weekly. Seventy percent use Facebook. But a whopping 96% use email . . . 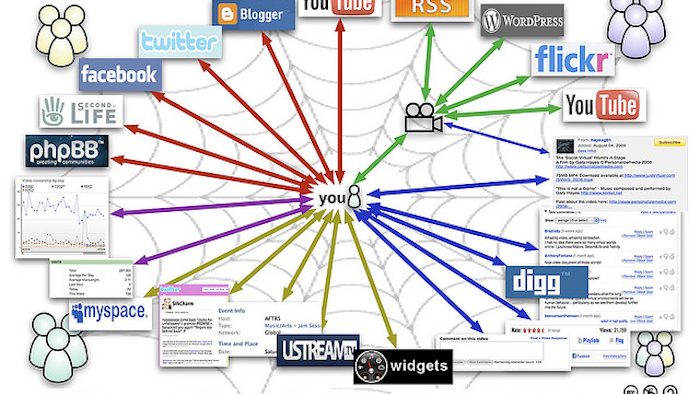 A couple of years ago I gave a presentation to some business owners and executives. With only one hour at my disposal I covered only a handful of strategies proven in real world tests to have the highest return-on-investment.

I purposely left out social media.

Not because it wasn't popular - but because the early numbers hadn't been real promising. I wanted to let things play out more.

At the end of the talk one guy raised his hand and asks me which was a better social media platform, Facebook or Twitter? And with that question the proverbial floodgates of social media questions were unleashed on me.

I calmly tried to explain that while social media was new and exciting, my early tests and those of some clients weren't exactly earth-shattering. In fact, properly constructed email marketing campaigns were blowing the doors off the social media tests we were doing.

In the two years that have passed I've seen more than enough results to stick my neck out and go on record: social media - while certainly an arrow in the quiver of any industrial company - is simply not as effective – or as profitable – as email.

So let’s set the record straight.

“But, everyone’s doing it!”

That’s the famous battle cry of every teenager and social media agency in America. Well, it wasn’t true in high school and it isn’t true with social media.

According to a recent survey by Channel Target Media 20% of folks use Twitter at least weekly. Seventy percent use Facebook. But a whopping 96% use email.

But take it a step farther and think about your prospect.

My experience has shown me that business buyers use email almost exclusively. Few rely on social media. If they use something like Facebook it's generally as an outlet valve for their social life - not to help make a buying decision. Or to engage a peer in a discussion about a vendor.

Permission Marketing: 19 Out of 20 Buyers Prefer Email Over Social Media

When it comes to any type of media you should have your prospects permission to communicate with them and to build trust.

With email you should offer valuable information in exchange for their address. After they have double opted-in to your list you continue follow up and build a relationship.

In short, if you are strategic about how you are building your email list and how you follow up with your prospects than permission-based email marketing is, in fact, much more trusted than social media.

Derek is not a client of mine, but he gave me permission to share these numbers to try and drive home this point.

In a recent market test he sent out a short promotion with an embedded link to two social platforms that he had built a 'following' on. One platform generated 50 click-thru’s - the other 75.

He then sent the same exact same message to his email list. Now, the actual number of folks he had on his email list was roughly double the number that he had on either social media platform. So, after he extrapolated the numbers he was hoping to see 100 to 150 clicks via email. That's not what happened.

Incidentally, this is not an isolated incident.

In my own personal tests I have seen this scenario played out before. Not quite to this extent - but email has handily beat social media in every head to head test I've been a part of.

Social Media Is Far From Being “Free”

The whole point of social media is to interact - to get social if you will. And to be social online you have to be present. Which generally means hiring within your organization or looking to engage the services of a third party.

But what companies are discovering is that keeping tabs on their social media campaigns can get expensive. And the numbers continue to rise.

A survey in 2011 by Altimeter discovered that for US corporations the increase in the cost of hiring staff to manage a social media campaign increased by 46% - from $190,000 to $278,000. This is without including the other soft and hard costs like research and development, training and education, benefits and social media management systems.

This is not to say that email is cheap. To properly execute an email campaign you have to hire the right people who know what they are doing. But when you know the true costs of social media you really start to question your return-on-investment. And, more and more companies aren't too happy with the return social media gives them.

Take General Motors. They made headlines recently when they pulled the plug on their failed $40 million Facebook experiment gone wrong.

Or how about a recent Advertising Age and Citigroup study where 37.6% of respondents said that their ROI of Facebook was inferior to other platforms like Google. Just 17.9% of companies felt Facebook was superior.

Proponents have encouraged the myth that Return-On-Investment (ROI) of social media is too difficult to measure and isn’t applicable like other media.

Unfortunately, a lot of companies believe this.

In a recent report from econsultancy.com a shocking 41% of marketers surveyed had no return on investment figures for any of the money they had spent on any social media campaigns as of October 2011.

In a Chief Marketer survey 60% of companies now measure social media “effectiveness” by the number of links, friends, followers and “likes”.

Don’t fall for these traps.

You can quickly gauge the ROI of social media the same way you should with any other type of online media: by measuring how much each lead or sale is costing you to acquire by tracking links.

With today’s economic and competitive forces the answers to those questions need to be based off the cold, hard numbers. Not feel-good theories and opinions. When it comes to return-on-investment of email marketing vs. social media the numbers are clear.

About the author: Curtis M. Alexander is an Online Marketing Strategist who helps industrial companies increase revenues and lower marketing costs online. To learn more ways to grow your company online request your free copy of "7 Tested Strategies to Increase Profits and Lower Marketing Costs for Industrial Websites" at www.curtismalexander.com