The Days After The Day After

Hurricane Katrina happened on August 29, 2005. Every single day, a military family receives news of a loved one who gave the ultimate sacrifice for their country or was wounded. There are countless events that happen to good people every day. Are we suffering from disaster fatigue? 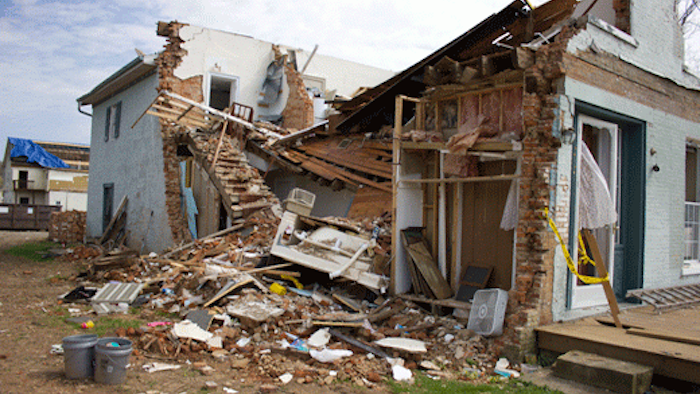 The following blog is an entry from Mark Higgins, VP Managing Director, Industrial Supply Division of Affiliated Distributors. This is his first blog entry on the recently launched AD website. To view the original entry, clicke here. Make sure to leave your comments in the discussion field below.

The landing into CVG airport was very rough and the skies looked ominous. I had been traveling all week for Affiliated Distributors and looked forward to having a quiet dinner with my wife.

However, Mother Nature had other plans. For several hours on Friday, March 2, 2012, my wife and I were huddled in a corner of our basement as southeast Indiana, southwest Ohio and northern Kentucky were “hammered” by severe thunderstorms and tornados.

Tragedy and destruction touched thousands of lives that day. In Ohio, just 15 miles from my house in southeast Cincinnati, the village of Moscow was almost destroyed from tornado touchdowns. Three people died and most homes were destroyed or damaged. Moscow, for all intents and purposes, ceased to exist. This was very close to home.

As is the American way, individual people, families, and communities in our area immediately went into action to help those in need. The aftermath response was overwhelming.

Our Boy Scout Troop wanted to help as well. One of our scout leaders is a captain in a local fire department that was called in to help at Moscow on the night of the devastation and in later days. He personally contacted the lead fire chief to offer our troop’s help to clear debris, assist in clean up and offer supplies. The immediate response was so powerful that they were “over capacity with help.”

Our fire captain scout leader keeps the troop updated on the Moscow recovery. It has been two months since the tornados; many of the impacted by the tornado are just now realizing the full extent of their recovery needs.

What became clear as time passed was that the need to help those impacted by life’s events is even more important on “the days after the day after.” Once the news trucks move on to the next story, help also often moves on.

Hurricane Katrina happened on August 29, 2005. Every day, a military family receives news of a loved one who gave the ultimate sacrifice for their country or was wounded. There are countless events that happen to good people every day. Are we suffering from disaster fatigue?

New Orleans, our veterans, the people of Moscow, and many others still need help. We need to continue to respond to the ongoing needs of the survivors of tragedy.

As you look to how you can impact your community by Giving Back, think about those who could use help in “the days after the day after.”