Mention antitrust law to a small business (or even medium business) owner and expect to see eyes glaze over. But antitrust law is an area of law where ignorance is definitely not bliss. Antitrust laws are the “traffic laws for business”. 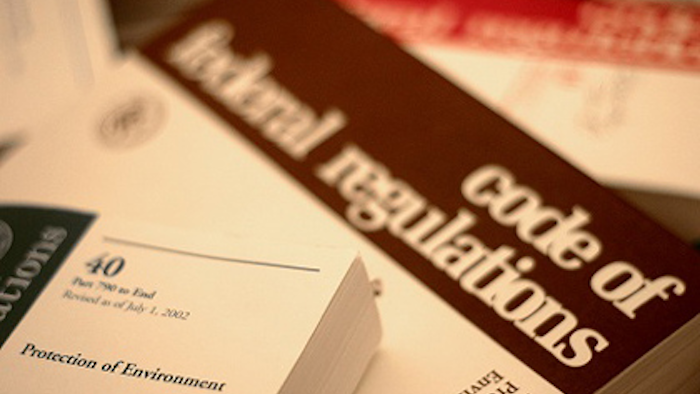 Even accusations of an antitrust violation can result in government investigations and private lawsuits. Actual violations can lead to jail time and fines, limitations on future activities of individuals and businesses involved, and payments of millions of dollars in civil judgments – all of which can destroy a business. Both individuals and companies can be subject to criminal penalties, civil penalties, and civil damages lawsuits – all of which are extremely expensive to defend against even if no violation is ultimately found.

The penalties are significant.  In 2004, Congress increased penalties for an individual who violates the federal antitrust laws to up to a $1 million fine plus 10 years in prison.  Since then, well over 100 individuals have been sentenced to prison, most for price-fixing (agreeing with a competitor about the prices to be charged to customers).

As important, the percentage of those charged that end up serving jail time has increased substantially, from about 50 percent prior to FY2004 to about 80 percent in FY2010 and the average length of their sentences has also increased by about a year.

In FY2009 alone, the U.S. Department of Justice Antitrust Division (DOJ) obtained more than $1 billion in criminal fines. In the entire decade leading up to that, criminal fines obtained by DOJ totaled only about $3 billion.
As shocking as these numbers are, they are only the tip of the iceberg, because they do not measure the billions in treble damage awards and settlements for follow-on or separate civil suits brought by plaintiffs who get to piggy back on the work done by the government.

Where the government has already proved a criminal violation beyond a reasonable doubt, it is not particularly difficult for a civil plaintiff to meet the much lower burden of proof. Witnesses have already been identified, and perhaps most important, the expensive market research and expert analysis have already been done – and paid for – by the government.

Now that we have your attention, we will discuss three key types of antitrust issues – price fixing, resale price maintenance, and price discrimination – in a series of upcoming columns. We will explain what each is, how the business goals that often lead to these violations can usually be accomplished lawfully, and recent developments in enforcement activity.

Before we discuss those specific activities, understanding some key concepts is important. Our traffic light analogy is again helpful. On the road, a green light means “go.”  In the antitrust world, vigorous competition in the marketplace is the goal, so activities that foster that competition are “green lights”. By contrast, a red light means “stop.”  For antitrust law, collusion among competitors that prevents competition, distorts the market and results in higher prices is the ultimate evil. Those activities are “red lights”.

Finally, just like a driver has to “proceed with caution” when the traffic light turns yellow, there are a number of “yellow light” business activities that may be lawful or unlawful under the antitrust laws, depending on how the marketplace is affected, so caution is required.

Determining whether the light is green, yellow, or red under the antitrust laws generally starts with the federal Sherman Act, for two reasons. First, if the activity affects interstate commerce (if state lines are crossed, interstate commerce is affected), that is the governing law. Even for those activities confined to a single state, however, the Sherman Act is important. While each state has its own antitrust provisions, and some of them differ in key ways, which we will discuss in later columns, federal law is the model state court judges and regulators start with in enforcing their own statutes.

A common example is distribution network of exclusive territories. Of course, a manufacturer may sell directly to end-users as well as through distributors and the analysis then becomes more complicated, and a subject for a later column where we will discuss the issue in the context of specific kinds of claims. For now, it is sufficient to understand that horizontal and vertical relationships carry very different legal baggage.

Rule of Reason vs. Per Se Unlawful

While the Sherman Act very broadly prohibits “every” contract in restraint of trade, the Supreme Court has held that only those agreements that unreasonably restrain trade violate the law. A balancing test to determine what is “unreasonable” is known as the rule of reason, which courts apply by weighing the pro-competitive and anti-competitive effects of the agreement.

If, on balance, the restriction benefits competition, then no violation has occurred. By contrast, the Supreme Court has defined certain conduct that almost always has a pernicious affect on competition and no redeeming competitive value, such as horizontal price fixing. Such conduct is automatically or “per se” illegal. If a party engages in per se illegal conduct, the party gets no opportunity to explain why the restraint benefits competition.

Market definition is critical, and is particularly important in cases focusing on a defendant’s market power. A “market” for antitrust purposes requires considering two separate markets: the product market, all of the products or services that compete with each other, and the geographic market, the geographic area where competition for the relevant products or services occur.

The purpose of market definition is to separate those products and services that compete with one another from those that do not. This is nearly always an inexact science, and is always very expensive.

With these basics in mind, our next column will discuss price-fixing – what it is and how you can accomplish many of the same business goals lawfully.

Roberta F. Howell is a partner at Foley & Lardner LLP in Madison, Wis. She is co-chair of the firm’s Distribution and Franchise Practice.

Photo courtesy of The Reason.