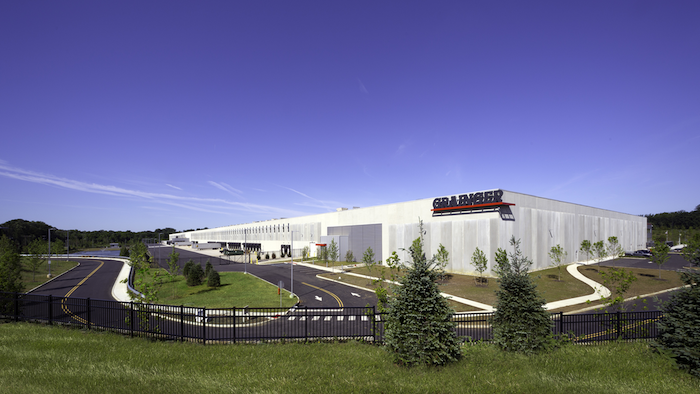 Similar to millions of other humans on the planet, I order a lot of items online and never really put much thought into how the product makes it from the manufacturer to my front door. That was until I paid a visit to my first distribution center and was blown away.

The Bordentown, NJ facility stocks more than 300,000 maintenance, repair and operating products available to customers. At 1.3 million square feet, the facility is Grainger’s largest DC, although a 1.5 million-square-foot facility currently under construction in Kentucky will claim that title once operational.

Rich Travaglini, senior director of distribution operations at Grainger, explains that with each facility, lessons are learned, processes are evaluated and enhancements are implemented at the newer buildings. In example, some of the processes and technologies used at the New Jersey location are similar to that being used at its Minooka, IL distribution center. Similarly, some of the improved technologies used in New Jersey will be implemented, with some modifications, at the in-progress Kentucky facility.

“It is kind of an evolution,” Travaglini says. “We're capitalizing on the things that worked really well on our previous builds and then we're introducing new technologies as they become available in the marketplace… We're revamping it, upgrading it, learning from our lessons and then we'll have the next generation in our next building.” 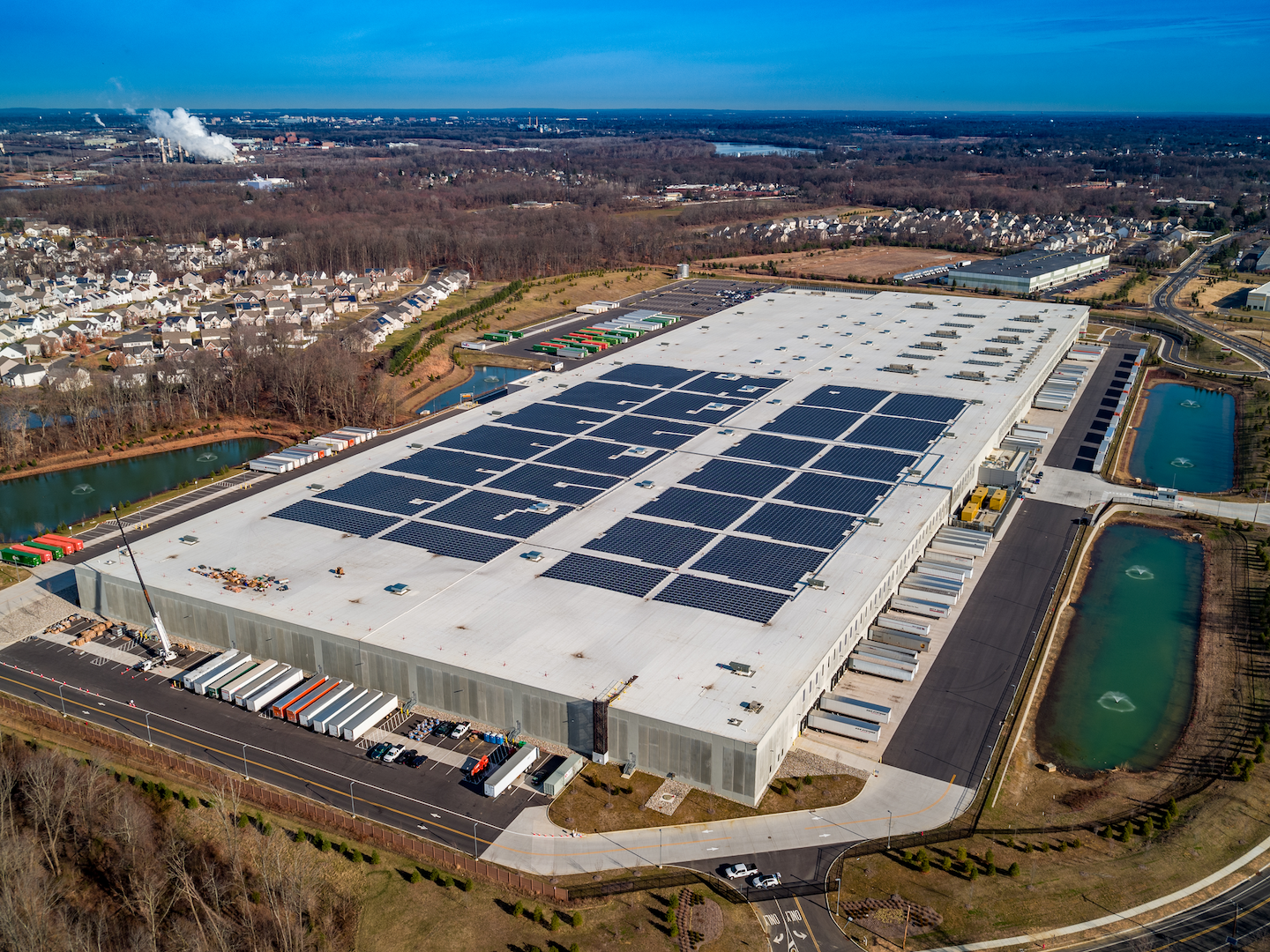 Grainger has had three distribution centers in New Jersey as the company has continued to grow and relocate to new sites with each relocation increasing inventory capacity and improving work life for team members. The Bordentown facility, Grainger’s only active DC in the state, replaces a 400,000-square-foot regional distribution center in Mercer County. At 1.3 million square feet, Travaglini says the new facility has drastically increased the available inventory for customers.

“In the other building we had about 150,000 items in stock, but at this facility we have more than 300,000 items and we’re still growing,” Travaglini says. “We are very well positioned now in terms of our inventory offering for our customers.”

As with all real estate, location is king and things were no different for Grainger when selecting a new home for its regional DC. Bordentown, about eight miles south of the state capitol in Trenton, was a perfect spot due to its proximity to major highways and parcel and LTL carrier partners, which is critical to maintain Grainger’s next-day delivery service.

Travaglini says the company also didn’t want to build a facility that was too far away from the old building in order to maintain its dedicated workforce. The Bordentown DC is only a 15-minute drive from it.

“We knew we had to hire, but we didn’t want to move so far that it was going to cause a lot of our existing team members to have no choice but to basically resign their positions if they didn't want to relocate,” Travaglini explains. “So, for some people it’s an extra 15 minutes but for other folks it is 15 minutes closer. We had a position here for every one of our employees.”

Any employees that did leave with the move were from retirements, Travaglini says.

“They had a very long tenure with the company. They wanted to close up that building and were ready to retire with it,” Travaglini says.

A lot of planning went into the design and construction of Grainger’s Bordentown distribution center. The gold LEED-certified building utilizes natural light wherever possible, while motion activated LED lighting reduces energy usage. Oh, and about half of the roof is covered in solar panels.

“We probably have one of the largest rooftop solar installations in the country,” Travaglini says. “Obviously, we have a really big roof, so that gives us an advantage.” 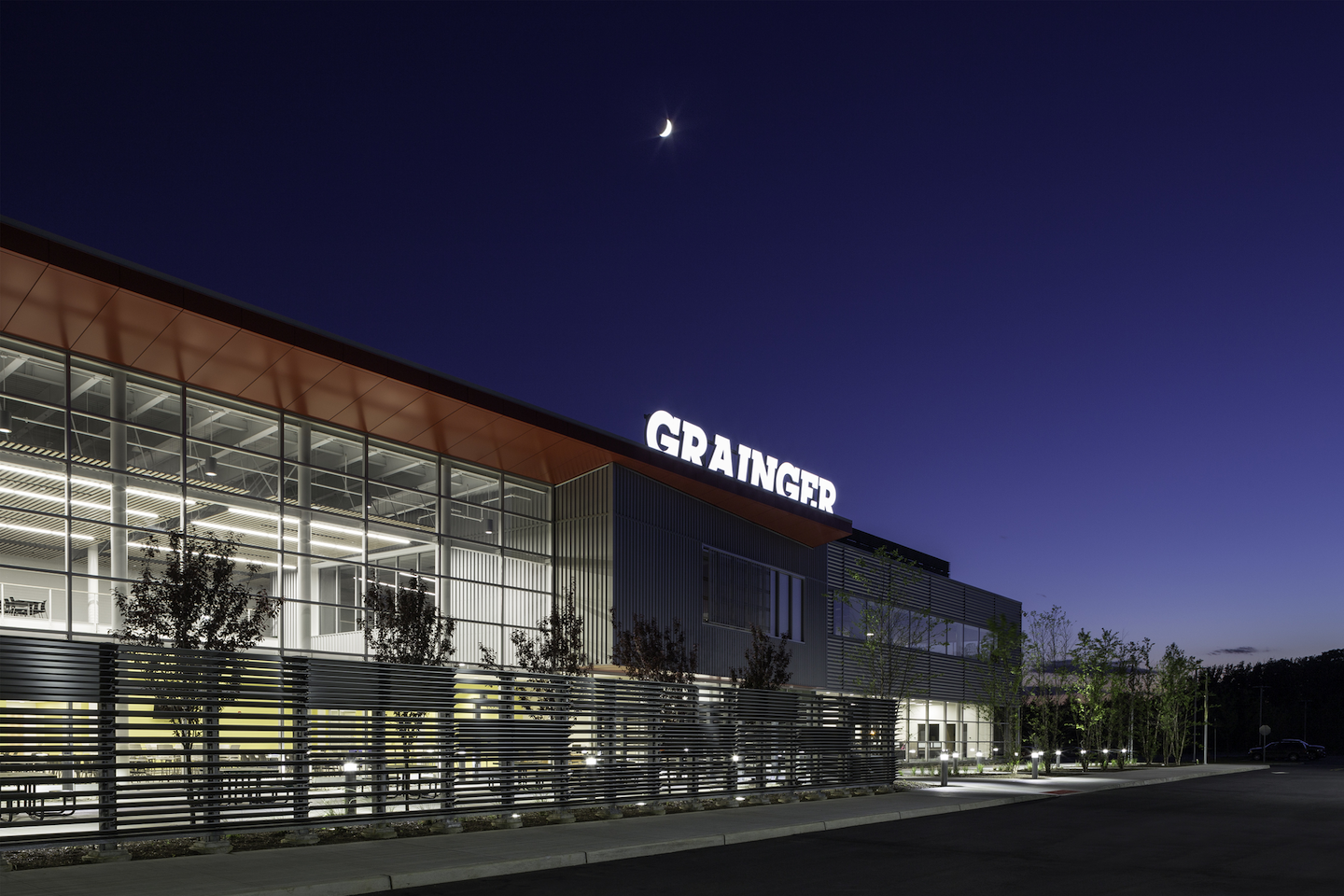 View From the Floor

There are several innovations at work in Grainger’s Bordentown distribution center. Chief among them is the staggered approach to completing a multi-product order. Grainger strives to ship all items in an order in one box and on the same or next day, depending on customer needs and that starts with the way orders move around the DC and products “wait” until the rest of the order is ready to be packed and shipped together.

The DC’s inventory is also highly automated. It utilizes the Dematic Multishuttle System (DMS), which can store up to a half-million totes in the structure.

Grainger receives inventory from more than 5,200 key product suppliers, and as those products arrive at the Bordentown facility, inbound shift employees quickly get to work putting the stock away. However, instead of walking down aisles and physically placing the items on shelves, the DMS delivers an appropriately sized tote that workers put the products in, and the conveyor takes the tote into storage and adds it to the inventory.

“We’ve automated and eliminated a step in the process,” Travaglini says. “This not only helps our productivity but also helps our inventory accuracy because the machine is going to make a lot less mistakes than a person would make. A person might tell the system ‘I put it on shelf two’ and they might have actually made a mistake and put it on shelf one. This equipment isn't going to make those kind of mistakes.”

Any orders placed before 5 p.m. eastern time are shipped out same-day. One way the DC helps speed up the process is the Goods-to-Person system, which delivers the specific items for an outbound order to the team member at the picking station.

Each station has the ability to fill six orders at a time.

“As we release the orders into the flow, if we have a need for that product, the system will automatically retrieve it and send it down to one of the picking lanes,” Travaglini says.

According to Grainger, the system has increased productivity because with traditional workflows, the employee would spend more time walking to retrieve items for an order versus actually processing the order. The DC currently has more than two dozen picking stations, in addition to several stations for smaller orders, with the ability to add more picking stations in the future.

“The advantages of this system, from a quality perspective, are that we’ve simplified the job,” Travaglini explains.

The picking stations are also ergonomically-friendly. The whole platform can be raised or lowered to fit the worker’s height, making them more comfortable and decreasing the risk of strain or injury.

“Everything you do is going to be at the same exact height,” Travaglini says.

After the orders are completed, the system delivers totes to the appropriate packing station. If the order is small enough, it travels through the DC’s automated packing structure via conveyor. Once there, shipping labels are added and packing lists are inserted.

The boxes then pass through a piece of equipment that will scan the box to check the height of the item, mark a score on the cardboard box and fold down the flaps, creating a right-sized box for orders. That allows Grainger to cut boxes down to a smaller height, saving the company transportation charges.

On a busy day, up to 18 trailers leave the DC to deliver products out to customers, as well as Grainger store branches. However, instead of overwhelming one parcel carrier hub, orders are divided up by zip code and sent to a variety of hub locations, including New Jersey, Massachusetts, Connecticut, New York and more. Travaglini says that system cuts out a day of transit time and allows customers to receive next-day delivery service.

There are a lot of moving parts in Grainger’s state-of-the-art distribution center, and helping keep everything running smoothly is a dedicated staff of maintenance workers. Of the 600 employees at the Bordentown DC, 30 are in maintenance.

“Maintenance monitors everything, makes sure there are no mechanical breakdowns,” Travaglini says. “We’ve got a really good facilities team, which you’re going to need in a building of this complexity.” 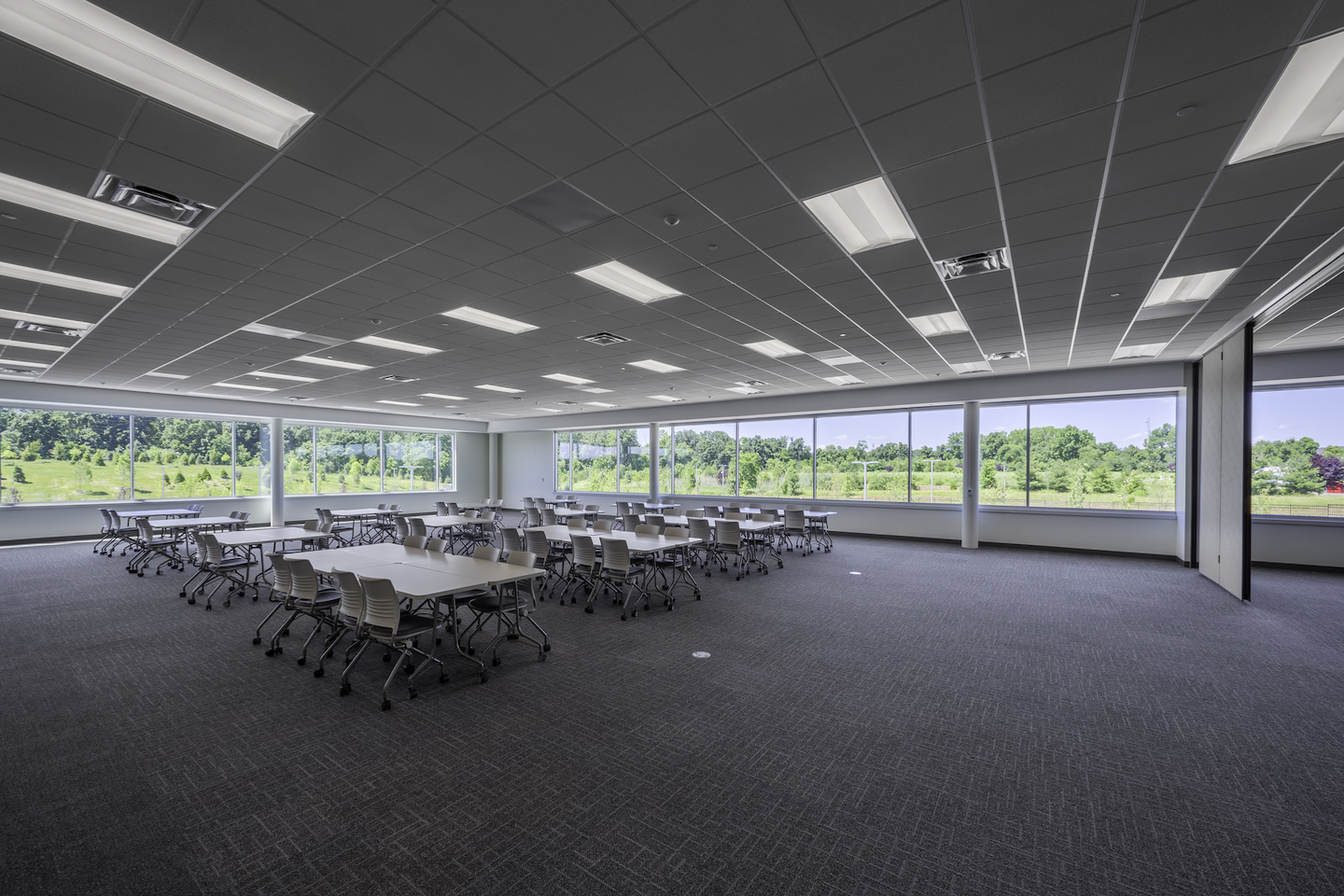 One thing that makes Grainger’s Bordentown distribution center different from the company’s others is its campus-like feel.

“Hopefully, when people walk into the front of the building, they don't think it looks like a distribution center until they actually step through the other set of doors,” Travaglini says. “We like to think that we set a higher standard.”

Large windows allow copious amounts of natural light to fill the building’s common areas, which include a cafeteria, decompression/breakroom, marketplace, locker room and complimentary fitness center. The marketplace offers team members the convenience of vending machines, but with a twist. A variety of beverages and snacks are available for purchase, however instead of feeding a machine endless coins or fussing with a crinkled dollar bill, employees scan their badge at the kiosk and the amount is deducted from their account.

“It’s a little less traditional and obviously puts more responsibility on our team members, but we trust them to do the right thing,” Travaglini says. “That’s the kind of culture we want to create.”

The decompression room offers workers a place to relax while on break. In addition to the usual television and couches,

Grainger provides communal computers and printers for team member use to catch up on emails or complete coursework if taking college classes.

All of this, Travaglini says, fosters Grainger’s mission to be the employer of choice. The Bordentown facility currently has enough employees to populate a tiny town, and still has the ability to grow.

“We think we have a good culture, we have a nice building, we offer a competitive wage, good benefits and — quite frankly — we think we hire a better caliber person,” Travaglini boasts. “People enjoy being around our team members more than in a more traditional environment.”

NAM leaders ask Trump administration to work cooperatively with President-elect Biden and his team.
Nov 19th, 2020
Follow Us
Most Recent