Recently, the health risks associated with cadmium exposure has led to increased public attention. New requirements, formulated pursuant to the EPA’s authority under the Toxic Substances Control Act, apply to manufacturers and importers of consumer products that contain cadmium in any component part. 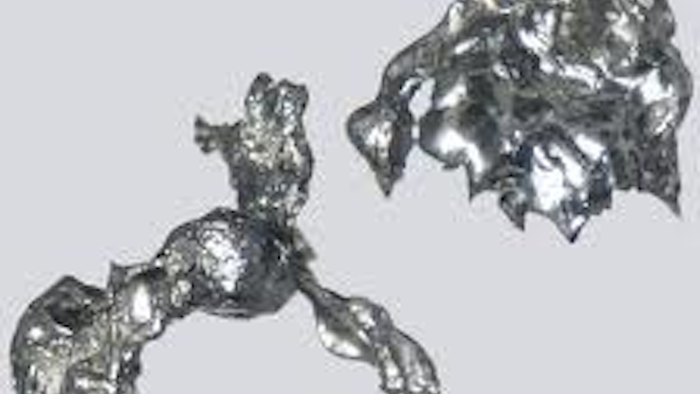 Cadmium is a chemical element with many possible industrial applications and one huge challenge: cadmium is highly toxic. Recently, the health risks associated with cadmium exposure has led to increased public attention. For example, in 2010, Wal-Mart and other retailers recalled toy jewelry found to contain high levels of the substance, while that same year McDonalds recalled 12 million collectable drinking glasses after cadmium-containing paint was discovered in the glassware.

Following this increased attention, the Environmental Protection Agency (EPA) recently decided to expand its existing regulations with respect to cadmium.[1] In December 2012, the EPA announced these new standards for the reporting of safety data related to cadmium exposure.[2] The new requirements, formulated pursuant to the EPA’s authority under the Toxic Substances Control Act, apply to manufacturers and importers of consumer products that contain cadmium in any component part. They also apply to anyone who imports or manufactures a cadmium-containing component when that component is reasonably likely to be incorporated into a consumer product. In issuing these new requirements, the EPA announced its intention to propose a separate rule that would expand the new reporting requirements to processors and distributors of cadmium-containing products, including retailers.

Under the new reporting requirements, an affected party must report to the EPA “certain unpublished health and safety studies” conducted by or on that party’s behalf, relating to the human health effects of “cadmium or cadmium compounds, including as part of an article, that have been, or are reasonably likely to be, incorporated into consumer products.”[3] The rule does not require parties to conduct new safety testing.

The new requirements have the potential to impact a broad array of manufacturing sectors. Since anyone who makes, imports or distributes a cadmium-containing product will be expected to know the chemical content of all components in the product — and whether there might be relevant data concerning the effects of cadmium — affected parties must be aware of this new regulation and vigilant in tracking the chemical makeup of their products. Manufacturers especially should pay increased attention to the chemical content of parts obtained from vendors, as the reporting requirements make no exception when the cadmium-containing component comes from a third-party.

Listed below are some of the common industrial uses of cadmium. Any party who imports, manufactures or sells products relating to these uses should be aware of the new reporting requirements and investigate its compliance obligations further to the rule.

Glenn Pogust, Partner, Kaye ScholerThe most common application for cadmium is in rechargeable batteries. So-called nickel-cadmium (Ni-Cd) batteries were at one time widely used in portable power tools, photography equipment, flashlights and numerous portable electronic devices. The popularity of Ni-Cd batteries declined in the last 10 years as more efficient and less-expensive replacements came on the market and environmental concerns regarding cadmium rose.[4]

In spite of decreased demand in the last decade, battery production accounts for an overwhelming majority of cadmium use in the United States, and Ni-Cd batteries are still commonly found in electronic devices such as digital cameras and cordless phones.

Under the new reporting requirements, anyone who manufactures or imports any electronic device that uses a Ni-Cd battery must disclose unpublished safety data relating to the potential health or environmental effects of cadmium exposure. At a minimum, electronics manufacturers and importers should track which of their products employ Ni-Cd batteries, and identify whether there is any safety data that must be reported. While retailers are less likely to have data, it is worth noting that the EPA explicitly states that “discount department stores” and “warehouse clubs and supercenters” are two of the categories potentially affected by the proposed extension of the reporting requirements to distributers and processors.

Cadmium is a common ingredient in paint pigments, most notably in shades of yellow, orange and red. While cadmium-based paint is more often used in fine art than in commercial applications, it is important for any manufacturer or importer of a painted product to be aware of the chemical content of the paint and whether or not it contains cadmium.[5] Should the reporting requirements expand to distributers and processors, a wide range of retailers will likely need to verify the chemical content of the painted products that they sell.

For importers in particular, it is recommended that they make an extra effort to perform thorough chemical analysis of finished products and components manufactured outside the United States in order to determine if cadmium is present. The rule expressly states that one consideration in drafting the new reporting requirements was that in recent CSPC recalls of cadmium-contaminated products, “most of the recalled products were produced abroad and imported from other countries.”[6]

A thorough chemical analysis not only allows an importer to be clear about their reporting responsibilities under the new rule, but also addresses potential liability issues. An importer that did not test for cadmium, but whose products were later found to contain the chemical, might have a more difficult time defending against liability with an argument that they were unaware of the chemical’s presence. Likewise, such an importer might risk greater liability exposure when compared in litigation to an importer that tested for cadmium and complied with the reporting requirements.

While the rule contains a non-exhaustive list of “potentially affected entities,” prior recalls of cadmium-containing products dealt primarily with items that presented a clear ingestion risk, such as drinking cups.[7] Any manufacturer or importer of similar products should test for cadmium. It is less clear whether the need to test is equally urgent for manufacturers or importers of products that do not present a strong risk of ingestion, although the rule makes no textual distinction between types of consumer products based on this risk.

Cadmium is an ingredient in many types of solder, due to its ability to lower friction and increase fatigue resistance in metals. Cadmium solder is especially useful in the manufacture of metal jewelry. However, soldering is a common industrial process utilized in countless other products, including more sophisticated products such as circuit boards.

Manufacturers and importers of commercial products that utilize solder, or that contain soldered components, should verify the chemical content of the solder and evaluate whether there is any safety data that needs to be disclosed. Retailers, particularly jewelry sellers, should consider similar evaluations in the event that the proposed rule for distributers and processors becomes final.

As with cadmium paint pigments, it is especially important that importers conduct chemical analysis on the solder used in their products, in order to determine cadmium content.

The EPA’s new cadmium requirements demonstrate the agency’s willingness to regulate consumer products based on their chemical content. Affected parties are charged with knowing the chemical makeup of any product that they manufacture or import, including component parts. Accordingly, these requirements have the potential to affect a broad array of industries as formulated, and to potentially even increase their scope if applied to distributers and processors.

Any party engaged in an industry that utilizes cadmium should take steps to verify the chemical content of their products and component parts, paying mind even to decorative components such as paint. Importers, particularly importers of products that create a risk of cadmium ingestion, should be especially vigilant in conducting chemical analysis, as cadmium standards vary worldwide and lack of awareness as to a product’s chemical makeup is likely no shield to liability. If cadmium is present in a product, the manufacturer or importer should determine whether there is safety data that must be reported to the EPA, and comply with the reporting requirements.

Michael Gruver is a lawyer in Kaye Scholer’s Complex Commercial litigation department. His practice focuses on product liability and intellectual property-related litigation. He can be reached at michael.gruver@kayescholer.com.

Glenn Pogust is a partner in Kaye Scholer’s Complex Commercial Litigation Department. He has a great deal of experience in the defense of manufacturers of a wide variety of products in personal injury and property damage cases. He can be reached at glenn.pogust@kayescholer.com.

[1] See 77 Fed. Reg. 71561-67 (Dec. 3, 2012).  Section II(B) of the rule states that the EPA reviewed the Consumer Product Safety Commission’s “recalls of cadmium-contaminated children’s products” and took them into account when drafting the new regulations.

[2] Cadmium is classified as a type B1 probable human carcinogen by the EPA.  Existing EPA regulations limit the amount of cadmium that can be released into drinking water, air, and soil.

[4] In the European Union, importation and sale Ni-Cd batteries in new consumer electronics has been banned since 2008.  Ni-Cd batteries can now only be purchased for replacement purposes in the EU.

[5] Whether a manufacturer or importer of cadmium-containing artistic paints is subject to the reporting requirements would depend on the extent to which it is reasonably likely that those paints would be used in commercial products.