Technology and a progressive approach have powered Stellar Industrial Supply through the pandemic.

Ten, 20 years from now or longer, the month of March 2020 may very well be looked back upon as the worst operational nightmare industrial distributors have ever faced.

Between fielding surge orders for PPE and jansan products by everyone from offices to hospitals and trying to keep their own employees safe while ensuring business continuity, distributors were challenged like never before.

For Tacoma, WA-based Stellar Industrial Supply, the company had to react to the pandemic weeks before it was declared as one, given that Washington State was the United States’ first hotspot for confirmed COVID-19 cases and deaths. On Feb. 29, the state was the first in the US to declare a state of emergency, and the impact on Stellar and fellow West Coast distributors was immediate.

“Oh man, that was a confusing time and none of us ever want to go there again,” laments Stellar co-founder and CEO John Wiborg. “We spent the first few weeks trying to get a grip. When you’ve been punched in the face by Mike Tyson, it takes a bit to regain your bearings.”

Over the past decade, Stellar — a distributor of industrial supplies to the aerospace, marine, metalworking, MRO and safety supply markets — has become a beacon for service in the industrial distribution market on behalf of its hugely successful Documented Cost Savings (DCS) program. And as the pandemic evolved, especially in its chaotic early days, it was service that has guided the distributor through the fog.

Forward-Thinking From the Start

Wiborg says that abundant misinformation, extreme hyperbole and politicization about COVID-19 in the early- to mid-March period — when most of the US was just learning the meaning behind the acronym — muddied the waters of reacting to the situation. Nevertheless, Stellar commenced daily leadership team meetings to brainstorm ways to keep a safe working environment, the safety of customers engaging with the company and how to efficiently conduct business remotely as much as possible. Wiborg praised his supply chain team’s performance dealing with and overcoming all the disruptions thrown its way.

“Customers found that we were able to do things that their other suppliers were not successful doing,” says Wiborg, an 11-year Industrial Supply Association board member and its 2016-2017 chairman. “One major Puget Sound area manufacturer credited our work for helping them to open their plants sooner than they would’ve been able to without Stellar’s support.”

By the third week of March, Stellar had already transitioned from reacting to the pandemic to determining what lasting transformational change the company could execute and use to create a stronger, better Stellar for the long-haul.

“There was no handbook or roadmap for what we were facing,” echoes Steve Slater, Stellar's chief operating officer. “As John said, we were rocked and a bit dazed. But in true Stellar fashion, we rose up, dusted ourselves off and we lived out our Stellar culture and fundamentals in vivid fashion. Several key customers have actually termed us ‘a lifesaver’ during this COVID-19 episode. It makes me so proud to work for an organization that rose above in such selfless fashion during a time of incredible trial.”

Besides the obvious physical toll COVID-19 has had worldwide, one of its ugliest manifestations has been in the form of counterfeit products. Numerous bad actors have duped customers into placing major orders for PPE products that either don’t exist or are listed at exorbitant prices. Finding enough product from reputable suppliers as soon as possible in a time when everyone’s looking for the same thing has been an industry-wide challenge for a market largely based on decades-long supplier relationships.

“We had to be extremely wary of fraudsters and fortunately we were not burned by the several attempted scams,” Wiborg notes. “Further, we did not want to speculate on large quantities at high prices; we wanted our resources to be focused on existing customers and their needs. It often was a struggle to understand supplier positions and policies.”

Stellar’s recently-established Stellar New Products Committee has been an asset during this crisis, vetting possible products to market and working hand-in-hand with the company’s product management on supply line availability. Slater noted countless hours that employees have spent delivering product and safely stocking site locations, along with advocating for customers by searching for essential PPE items literally all hours of the day and night.

B2B distributors are notoriously slow when it comes to adopting and utilizing modern technologies, but Stellar has always been on the forefront here. In an April 2020 interview for an Industrial Distribution webinar, Wiborg stressed the importance of the company’s bandwidth and technologies that were already in place before the pandemic — including Microsoft Teams, Epicor’s Data Analyzer and CRM from Salesforce — as playing a large role in enabling the company to operate or track operations remotely.

Stellar was also already in the process of moving to a web-based ERP platform and had order entry operating via the web, which made it easier for the company’s customer service representatives to work from home. Stellar was an early adopter of e-commerce, which has been vital during the pandemic — 45 percent of the company’s 2020 sales came via that channel. Even so, during the pandemic, Stellar has identified a need to improve search, response times and to broaden the capabilities of its customer portal interface to allow customers easier access to information and analytics about their website engagement. Out of that, Stellar is preparing to launch a new and improved web platform by late March.

But there’s more. Stellar also has invested in a new document management system, contract management system, accounts payable automation and accounts receivable (cash posting) automation. During 2020, the company improved its capabilities in digital marketing, market data-driven prospecting and strategic pricing. Finally, starting around 2018, Stellar integrated its general ledger to a web-based reporting and forecasting system, which Wiborg said was very helpful in creating different simulations about the shape of downturn and recovery in markets the company serves.

“Rene Savage (VP of technology solutions) and her team have stayed very focused and produced outstanding work products,” commended Slater. “This has also been essential with some of the transformational workstream projects that our senior management team is currently working on that will ensure an even brighter future for Stellar.”

Like all industrial distributors, Stellar Industrial Supply’s bread-and-butter will be its role as a products provider. But over the past decade, the company has become arguably even better known for the cost savings that it provides customers.

Stellar’s Documented Cost Savings (DCS) program is based upon customers agreeing to purchase a higher volume and wider range of products when purchased from Stellar, but only after the distributor has proven that it can produce documented cost savings. The win-win deal aims to maximize profits and inventory turns for the customer, creating better capacity through better processes that leads to increased revenue per machine while reducing capital requirements for new equipment.

In 2019, the DCS program generated more than $17 million in customer-approved documented cost savings, and the program achieved nearly $13 million in 2020 savings despite the pandemic’s impacts. In its 10-year tenure, the program has accrued $121 million in such savings.

“We always want to be able to answer the question of why a customer or prospect should buy from Stellar,” Wiborg explains. “The answer needs to be because we will help them with their performance in ways our competition may not, and we will prove it and clearly quantify the results we deliver.”

Beyond the customer, Stellar’s DCS program has evolved to include its supplier partners in the process, running an annual contest among them in which Stellar recognizes the winner by donating money to a charity in their name.

The industry has certainly taken notice of the program’s success in the form of numerous awards and valuable public relations exposure. Wiborg noted that Stellar has been recommended by customers with multiple plants, and the company has defended competitive onslaughts because of that success.

“Of course, we always appreciate being recognized for the work our team does,” Wiborg says of the awards. “We strive to make things better for not just our owners but our staff, suppliers, communities and especially our customers. We don’t do all this for the recognition, but the awards do provide external validation that we are making it happen in ways obvious enough to be recognized.” 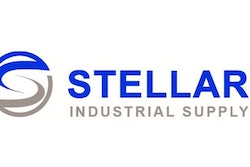 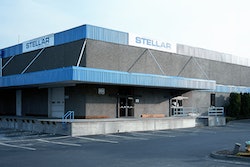 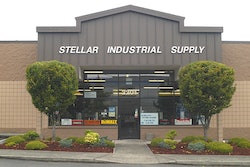