After leaking an orange substance into a Lake Michigan tributary, the company says operations will remain idle until the condition is stabilized. 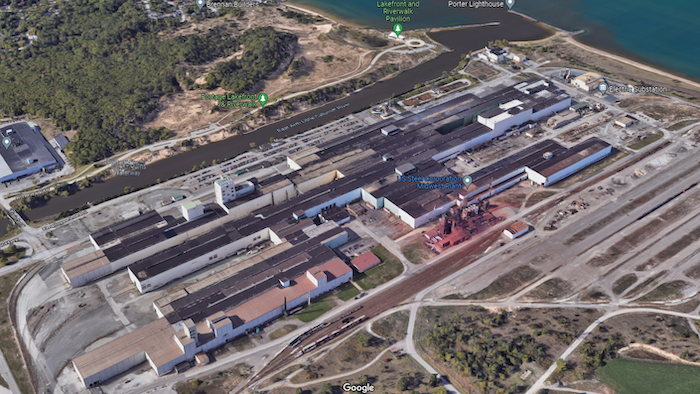 PORTAGE, Ind. (AP) — U.S. Steel temporarily shuttered operations at a northwest Indiana plant Monday after it leaked an orange substance into a Lake Michigan tributary, prompting the closure of a water treatment facility and several nearby beaches.

The U.S. Steel Midwest plant in Portage has been idled as a precaution “after experiencing an upset condition with the finishing line wastewater treatment plant," U.S. Steel spokeswoman Amanda Malkowski said in a statement.

“The plant operations will remain down until the condition is stabilized. This upset is currently believed to be the cause of the discolored water seen coming from one of our outfalls," she said.

Initial indications “show higher than normal suspended solids in the water" Malkowski said, adding that the the company is conducting additional sampling and working to determine the cause of the problem at the wastewater treatment facility.

She did not describe the contents of the leaked substance.

Portage Mayor Sue Lynch said she began receiving calls about 5:50 p.m. Sunday concerning an unknown substance pouring from a U.S. Steel Midwest plant outfall into the Burns Waterway that feeds into Lake Michigan. The plant is about 30 miles (48 kilometers) east of Chicago.

“Now it’s all the way across the width of the channel into the open area, the mouth of the ditch,” Lynch said Sunday evening.

Lynch told The (Northwest Indiana) Times she wasn’t sure what the substance could be, but that an employee from the Portage Marina had collected a sample for analysis.

An Indiana Department of Environmental Management spokesman said Monday that the agency was investigating and would provide an update after it receives and analyzes sampling test results.

“IDEM staff on site have not observed any dead fish or other wildlife,” said IDEM spokesman Ryan Clem.

Indiana Dunes National Park said it closed the Portage Lakefront and Riverwalk and all of its beaches Sunday until further notice out of an abundance of caution.

Indiana American Water said it shut down its Ogden Dunes treatment facility about 9:30 p.m. Sunday, also as a precaution. Indiana American performs continuous real-time testing at the facility and had not seen any impact on “raw water parameters,” the utility said in a news release.

The Ogden Dunes plant was expected to remain offline until additional data and water sampling show there is no threat to the company’s water source.

The apparent spill at the U.S. Steel Midwest plant comes weeks after a federal judge approved a revised settlement with the company, more than four years after the Portage plant discharged wastewater containing a potentially carcinogenic chemical into the Burns Waterway.

U.S. Steel agreed to pay a $601,242 civil penalty and more than $625,000 to reimburse various agencies for costs associated with their response in April 2017 after the plant spilled 300 pounds (136 kilograms) of hexavalent chromium — or 584 times the daily maximum limit allowed under state permitting laws.