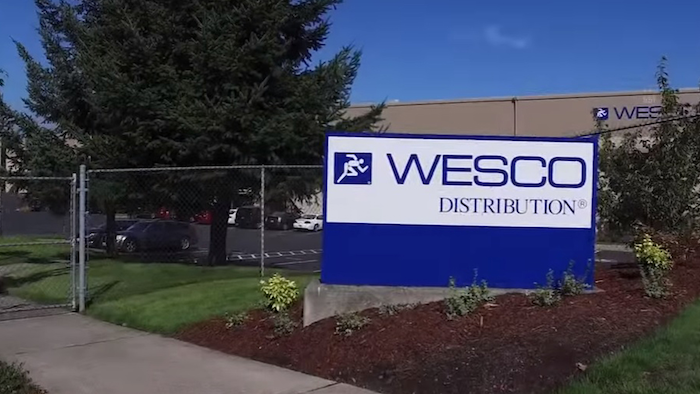 The company posted Q1 total sales of $2.0 billion, up 12.5 percent YoY, with organic sales up by 10.9 percent. That's the company's best core sales growth in seven years, as all end markets and geographies saw an increase.

"After returning to above-market sales growth in the second half of last year, our top priority was to return to profitable growth in 2018, and we are off to a good start in the first quarter," WESCO chairman, president and CEO John Engel said. "Sales growth momentum has continued in April, and we expect the favorable economic conditions and the positive growth in our end markets to continue this year. Our plan includes continued above-market performance, execution of our profitable growth initiatives, investments in our people and processes, and maintaining our cost and cash management discipline."

WESCO's markets & customers breakdown at the end of Q1 was:

WESCO raised its full-year 2018 sales growth outlook to a range of 5 to 8 percent,