E. Scott Santi, vice chairman, has been promoted to president and chief operating officer.  In addition, Mr. Santi has also been appointed acting chief executive officer, effective immediately.  Mr. Santi's appointment as acting CEO follows the decision by David Speer, chairman and chief executive officer, to take a leave of absence in order to fully focus on his health. 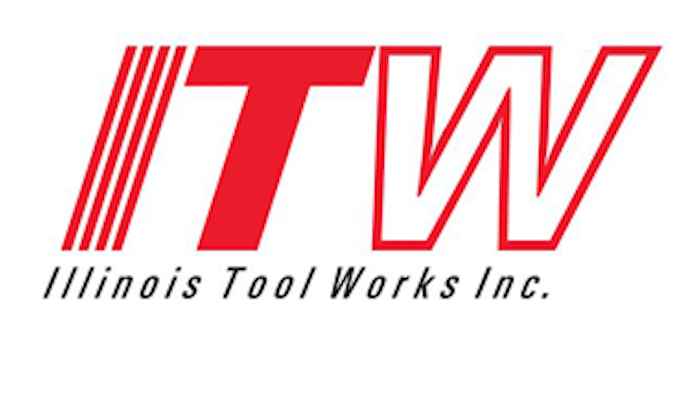 Robert S. Morrison to serve as Acting Non-Executive Chairman of the Board of Directors

Glenview, IL - Illinois Tool Works Inc. today announced that E. Scott Santi, vice chairman, has been promoted to president and chief operating officer.  In addition, Mr. Santi has also been appointed acting chief executive officer, effective immediately.  Mr. Santi's appointment as acting CEO follows the decision by David Speer, chairman and chief executive officer, to take a leave of absence in order to fully focus on his health.  As disclosed on November 10, 2011, Mr. Speer has been undergoing treatment for a medical condition.  ITW's lead director, Robert S. Morrison, will serve as acting non-executive chairman of the board, effective immediately.

"The promotion of Scott to president and chief operating officer reflects the board's normal and carefully considered succession planning process," said Robert Morrison, acting Chairman of the Board of Directors. "Scott is an accomplished ITW executive with nearly 30 years of service.  With David Speer's full support, the board also appointed Scott as acting CEO.  The board has a great deal of confidence in Scott and ITW's leadership team."

"Both the board and I are confident in having Scott lead the Company," said David Speer. "Scott is a proven leader with extensive knowledge of ITW's key markets and businesses.  He has played a leading role in the development of ITW's current enterprise strategy."

"I appreciate the trust our board and David have placed in me to lead ITW at this time," said Mr. Santi.  "The senior management team and I will work to build on ITW's long history of strong performance as well as continue to execute our strategic initiatives of portfolio management, business structure simplification and strategic sourcing to enhance value for shareholders. On behalf of the entire ITW family, we wish David a full recovery."

Mr. Santi, 51, joined ITW in 1983 and has spent his entire career with the Company.  He was elected as Executive Vice President in 2004 and Vice Chairman in 2008.  He also serves as a director of W.W. Grainger, Inc.  Mr. Santi graduated from the University of Illinois in 1983 with a B.S. degree in accounting, and received a Masters in Business Administration from the JL Kellogg School of Business at Northwestern University in 1992.

Robert S. Morrison, 70, retired as Vice Chairman of PepsiCo, Inc., a beverage and food products company, having served in that position from 2001 to 2003. From 1997 to 2001, prior to its merger with PepsiCo, he was Chairman, President and Chief Executive Officer of The Quaker Oats Company. Mr. Morrison was Chairman and CEO of Kraft, Inc. from 1994 to 1997.  He also served as interim Chairman and Chief Executive Officer of 3M Company from June to December 2005. Mr. Morrison is currently a director of 3M Company and Aon Corporation and was formerly a director of The Tribune Co. Mr. Morrison has served as a director of ITW since 2003 and currently serves as lead director.

Celebrating its 100-year anniversary in 2012, ITW is a Fortune 150 global diversified industrial manufacturer of value-added consumables and specialty equipment with related service businesses. The Company focuses on profitable growth and strong returns across worldwide platforms and businesses. The businesses serve local customers and markets around the globe, with a significant presence in developed as well as emerging markets. ITW's revenues totaled $17.8 billion in 2011, with more than half of the revenues generated outside of the United States.