Bill Douglass, president of LexCentral and Douglass Logistics, says he has been at odds with economists for well over a year now as it relates to Trump’s trade policies and tariffs. 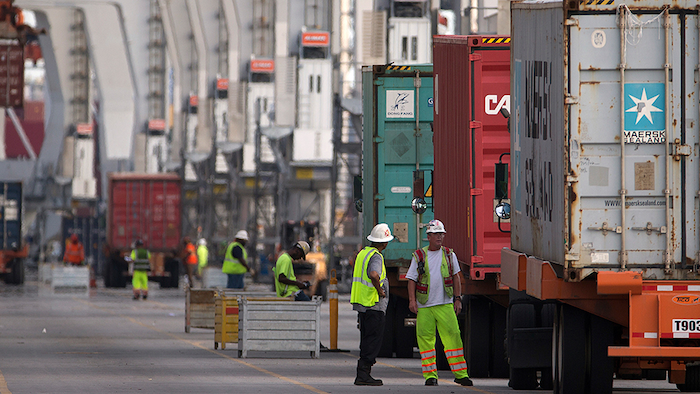 I have been at odds with economists for well over a year now as it relates to Trump’s trade policies and tariffs. In August of last year, the conventional wisdom in the economic circles was the American economy would grow at 1.5 to 2.0 percent in the following year.  Every single one of them presented a slew of graphs and slides showing why our 1.5 percent Gross Domestic Product (GDP) indicator was the new norm.

A year later, they were convinced with 95 percent accuracy, that Trump’s tariff GDP grew at 4.2 percent. Other than the price of steel and the GDP, I take them at their word that they accurately predicted the rest.

The only problem for my business and pretty much everyone else who risks capital in this economy is simply that price and growth are the two most important things we need to get right. And on those two critical measures they struck out.

Maybe it’s time we get back to basics.  Let’s look at what the GDP measures and see if we can understand why 4.2 percent is not an aberration and why GDP growth like this may continue in a Trump economy that seeks to improve by moving the trade deficit towards a surplus.

The GDP (Real of Nominal) measures the total value of all goods produced by an economy in any given year.  When it is strong, it leads to lower unemployment, wage growth and economic health, benefitting all citizens, especially the American worker.

So, what exactly is the GDP?  In mathematical terms, it is the total value of consumer spending “C” plus business investments “I” plus government spending “G” plus exports “X” minus imports “M”:  GDP = C + I + G + (X-M).

The trade deficit (X-M) reflects the net difference in domestic production against production imported from foreign countries. If X-M is negative, the US imports production capacity from other countries instead of employing that capacity inside the U.S. Imports are the only factor in the equation that is subtracted from the GDP calculation.  he only way to improve the GDP is for exports, consumer expenditures, investment or government spending to exceed imports.

A strong case can be made that increased imports benefits increased exports — assuming that our export partners afford us the same fairness in access to their markets.

Trump has centered his entire presidency on keeping our GDP strong by improving trade balance. He knows that strong GDP growth benefits middle class workers more than any other policy he could employ.  Better yet, these workers live and vote in the rust belt where he won the presidency.

From a position of strength, he put the steel and aluminum tariffs on the table to renegotiate foreign tariffs, quotas, subsidies and trade barriers enacted against the U.S. These products are exported worldwide, and protectionist measures have the added benefit to Trump in the states he needs politically.

Only Time Will Tell

As we stand today with a strong GDP, low unemployment and a robust market, the only question is whether it will continue. Many economists still say no. To them, the world hates Trump — his brand of nationalism will destroy America’s standing in the world, and we will be isolated.

I disagree. For the GDP to fall, higher prices and restricted foreign export markets must cause consumer spending, investment, government spending and exports to fall more than the lower level of imports.

Here are a few questions that warrant consideration.

Will Trump win the trade war? Odds are that he will if he holds strong and Americans continue to support him. U.S. imports outnumber exports. It also has the ability and capacity to domestically produce almost everything it consumes. America’s import and export activity revolves around price much more than necessity.

Unlike the vast number of our trade partners, we don’t need to import out of necessity. We have food, energy, abundant resources, strong labor and technology. Even China, which is by far our strongest adversary in trade, must import and export out of necessity because they have no middle class or free markets. And citizens living in dictatorships like China do not have property rights essential to a free market and self-sustaining economy.

In no way am I saying that a trade war with China, Europe or anyone else would not be painful. However, the best way to avoid war is to leave no doubt to your adversary that they would lose. America would not lose a trade war with anyone, but we would be wise to remove all doubt that we are willing to do whatever it takes to win. Despite our elected officials’ unwillingness to project strength and resolve, Trump and his trade team so far seem to be strong enough to counteract Congress. They have already pushed Mexico and Canada back from the front lines and into a new deal that neither of them said was ever going to be possible.

Trump’s strategy for increasing our GDP by pulling production into the United States blends perfectly with his political strategy. It absolutely requires employment from the very people that elected him. And, from my perspective, if the U.S. doesn’t take a stand against foreign trade barriers, the price of steel will be irrelevant because there won’t be any American manufacturers left to buy it.