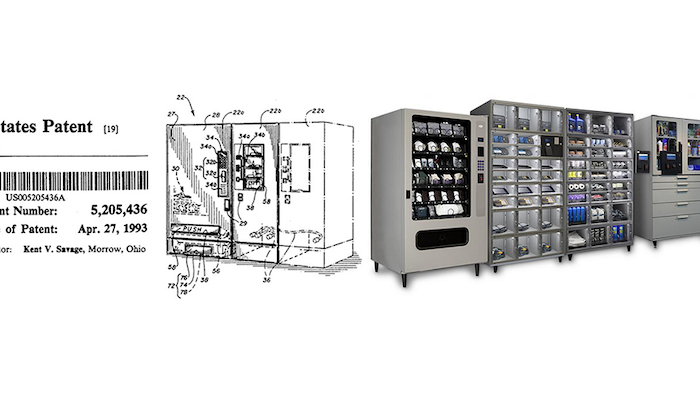 After a quarter century of development, industrial vending is a well-established best practice across the globe. And while the industry’s past and present show its significant growth, ongoing technological innovations also point to significant future growth potential.

The origin of self-serve, automation technology and its surrounding industry can be traced to a single patent issued 25 years ago on April 27, 1993. United States patent number 5,205,436 was granted to Kent Savage for his “Machine Tool Dispensing Device and System.” Savage is founder and CEO of Apex Supply Chain Technologies. 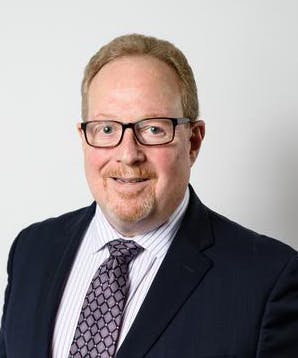 The technology was created to automatically dispense cutting tools and other items at a Ford Motor Company manufacturing plant. This pre-Internet solution included a dispensing device hardwired to a controller physically located on site. A DOS-based computer controlled device access, it operated the system’s controls and it processed data to track inventory levels and to help ensure items would be refilled in a timely manner.

Companies including Apex have built on this technology, expanding beyond devices that dispense cutting tools to include PPE, consumables and a wide variety of other items. As a result, the software and hardware that includes industrial vending is known today by the broader term, “self-serve automation.”

Powered by the Internet of Things (IoT) and cloud-based data platforms, self-serve automation reduces operational costs and increases employee productivity for tens of thousands of companies ranging from small, independent businesses to the ranks of global manufacturing giant and forward-thinking distribution organizations.

Today, there are nearly 250,000 self-serve, automated devices deployed globally. And the worldwide forecast for industrial vending has been predicted to be more than 1.7 million devices.

Self-serve automation is used in a variety of applications, improving everything from inventory replenishment to the management of enterprise mobile devices and other valuable equipment. Self-serve, automated technology is also being embraced by the retail, restaurant and foodservice industries in consumer-facing applications.

“Eliminating the need for a physical handoff with employees gives every consumer the ultimate in convenience — giving them what they want, when and where they want it,” says Savage.

Savage sees parallels in the long-term growth of self-serve automation technology and the evolution of the PC.

“With billions of PCs sold, it’s a ubiquitous consumer technology,” says Savage. “But initial demand for the PC was vastly underestimated. Similarly, self-serve automation’s ongoing evolution makes the technology easier to use, to implement and to afford. We’ll see tens of millions of devices deployed in the next decade or two, fueled by innovations across industries and applications.”

By automating in-store retail tasks like buying online, picking up in store (click and collect) and returns, as well as restaurant tasks like order pick-up, consumers save time by quickly and easily skipping the lines and frustration associated with these tasks. And research shows retailers and restaurants see increased sales and productivity by increasing their offline convenience factor.

“Reducing the friction in the consumer’s busy, time-starved life is critical,” says Savage. “The urgency created by their increasing expectations and the rapid pace of change inspires our ongoing research and development. Apex is already looking at how the data we collect for our customers can help us anticipate customer need and shape our offerings.”

Apex Supply Chain Technologies' devices track billions of secure transactions to help customers worldwide benefit from their solutions. With world headquarters in Mason, OH, Apex has offices in Australia, Germany, Poland, the UK and Latin America. Learn more about Apex by visiting them at their  website, on LinkedIn, or on Twitter.