According to recent figures from the South Carolina Department of Commerce, the state’s GDP growth rate of 2.7 percent puts it just above the 2.5 percent national average, and is significantly out-pacing the 2.1 percent average of the southeastern region of the country. Much of this growth is attributed to manufacturing. 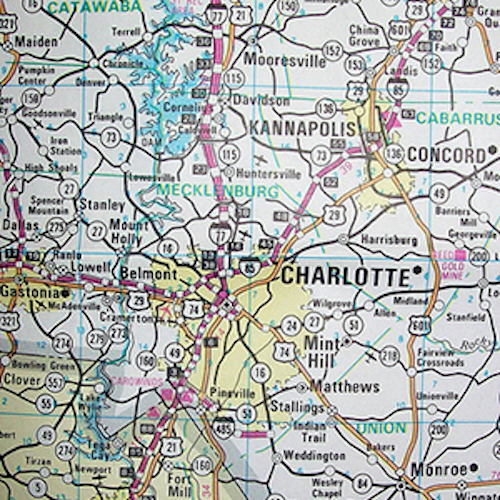 According to recent figures from the South Carolina Department of Commerce, the state’s GDP growth rate of 2.7 percent puts it just above the 2.5 percent national average, and is significantly out-pacing the 2.1 percent average of the southeastern region of the country. Much of this growth is attributed to manufacturing, as the manufacturing GDP of the state grew 8.5 percent last year, compared with a national average of 7.8 percent. Furthermore, since January 2011, South Carolina has seen manufacturers invest more than $9 billion in capital and create more than 23,000 jobs in the state.

Q: A lot of people look at the property tax incentives, low-interest loans and other financial benefits offered to manufacturers throughout the southeast as the primary reasons why manufacturers are moving there. Is this a fair assumption? What are some of the other reasons that manufacturing in South Carolina carries such appeal and has grown so strongly?

A: So much of success is attitude, and our success boils down to one thing: We do what we say we will do. Outsiders will tell you that South Carolina is a success because of cheap land and cheap labor. Nothing could be further from the truth.

The bottom line is this: We run a customizable state. We don’t attempt to steer companies or campaign for business plans that benefit our state over the business. We look for strong companies, provide them the resources they need, and let them conduct business as they see fit. We make sure South Carolina is just right for all of our companies, and it works. In South Carolina, business is part of the culture.

Our state is always ready to provide new companies with the resources they need no matter their focus. We do our homework. We learn what we don’t already know and employ a workforce that is good at what they do. South Carolina has been a manufacturing state for many years, but for a long time the state was almost exclusively a textile manufacturer. In the past couple of decades, that has changed dramatically, and now the Palmetto State is known for being home to manufacturing companies like BMW, Michelin, Bridgestone, Continental and Boeing. South Carolina has grown its ability to do advanced manufacturing.

Another advantage South Carolina has is geography. Strategically located halfway between New York and Miami, the state's transportation opportunities make reaching any market an easy task. The Port of Charleston is the seventh largest container port in the U.S. and has been ranked first in customer satisfaction by World Trade magazine.

Additionally, South Carolina tries to keep the regulatory burden on companies low. We try to use all our governmental efforts, both at the state and local level, to try to keep the regulatory structure as sane as we possibly can, and make it as efficient as it should be. We don’t cut corners, but we do turn them rather sharply.

Q: One of the most well-known manufacturing facilities in South Carolina, and probably the U.S. due its performance and growth, belongs to BMW. How has that company’s well-publicized presence aided in attracting other manufacturers to the area?

A: I call it the BMW Effect. When BMW announced in 1992 that it would build its first full manufacturing facility outside of Germany in South Carolina, the company pledged to invest $600 million, to employ 2,000 associates by the year 2000, and attract at least nine suppliers to the state.

By the year 2000, BMW had grown to more than 3,000 associates, and by 2004 that number grew to more than 4,500. Within that same timeframe, in order to provide greater flexibility, BMW began to employ contract workers to primarily provide specialty and administrative services. In the first 19 years, the BMW plant has gone through four major expansions and increased its investment in S.C. to $5.8 billion.

On top of that, about 40 suppliers are located in the Palmetto State and BMW’s North American supplier network has grown from 22 in 1992 to about 170 companies today. In all, South Carolina is home to more than 250 automotive-related companies and suppliers that employ over 45,000 people. And it is BMW’s presence here that has allowed that to happen.  BMW’s success here shows companies from around the world that South Carolina workers know how to build things, and build them well.

We in South Carolina see manufacturing as the key to growing wealth in the state and helping the middle class move forward. And we’ve been pretty successful in recruiting manufacturing investments over the years – especially in the automotive industry. Since January 2011, South Carolina has recruited more than $5.1 billion in capital investment and more than 8,500 jobs in the automotive-related sector.

We hope to see the aerospace industry take off in the same way, and already have Boeing as an anchor and good example of how it can be possible.

Q: Has South Carolina benefited from any of the re-shoring strategies many U.S.-based manufacturers have recently implemented?

A: The name of the game in growing an economy is new money. And we see foreign direct investment as new money. Last year, pretty close to half of our growth was from international companies – whether those were companies that already had a presence here, or those who were locating here for the first time.

South Carolina has international offices in Munich, which covers Europe, and in Shanghai, which covers Asia, that work with companies looking to establish or expand its presence in the U.S., and the staffs of the offices communicate the advantages of doing business in the Palmetto State. Certainly, we’ve seen some companies that had previously had production operations outside the U.S. and move them back here. For example, Tire International decided to bring manufacturing operations to Berkeley County, and from earlier this year Swift Group announced plans to move operations to Clarendon County. Both of those projects involved what could be called “re-shoring.”

But that’s just a part of our overall recruitment efforts. We are trying to bring in as much new money as we can, whether that is “re-shoring” or companies expanding their overall operations by locating here.

Q: As South Carolina looks to continue growing its manufacturing sector, what is the biggest challenge?

A: One thing companies are always looking for is a solid workforce. So we put resources there to be sure we continue to have a trainable, reliable and loyal workforce. South Carolina has been widely recognized for having a ready and available workforce and excellent worker training programs. The state’s Technical College System does a great job of preparing workers, and its readySC program has been recognized by national organizations and publications. Companies know they can come to South Carolina and have a pool of workers who know how to build things.

The Governor’s Work-Ready Communities initiative is an example of one of the newer programs we’re working on. In order to continue with the success we’ve had recruiting companies from across the nation and around the globe, we have to make sure that our workers have the skill sets that companies need to get their operations going. As technology constantly improves, that requires making sure the workforce has those new, additional skill sets.

Q: If you could give all U.S. manufacturers one thing, what would it be?

A: Well, each state needs to decide what sort of economic development path it wants to pursue. I can’t really speak to what other states should do, but I can speak to what we’re trying to do in South Carolina.

Manufacturers want a place that is great to work in and great to live in, and in this state we’re able to match both of those needs.

That’s the South Carolina advantage—what we can give to companies is the knowledge that if they come here, they’ll find success. We want companies to know that South Carolina is a business-friendly state.