Is Reshoring A Viable Option?

When you think of strongholds for the electronics industry, you might think of Asia. But you could be wrong. China is becoming a far less attractive manufacturing option for American companies. 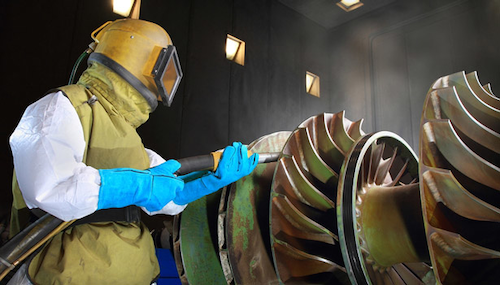 Last week, we talked with Paula Ramos of MFI International. Ramos discussed the competitive advantages of manufacturing in Mexico and the interconnectedness of the Mexican and American economies as it relates to jobs.  This week, we focus on bringing jobs back to the U.S. through reshoring trends, and what can be done to incentivize manufacturing in America.

When you think of strongholds for the electronics industry, you might think of Asia. But you could be wrong.

Over the past few decades, the electronics components industry has seen countless companies pursue production overseas in an effort to reduce costs. OEMs have gone abroad to find the best value-added locations for building boards via offshoring: mainland China, Southeast Asia, and more recently Eastern Europe. However, this trend is shifting.

Wages in China are steadily rising at an annual rate in the double digits. Tax incentives for foreign manufacturers are expiring, energy costs continue to increase, and the costs associated with shipping are increasing. In short, China is becoming a far less attractive manufacturing option for American companies.

“With newer technologies in the components industry, manufacturers have turned to reshoring in our post-recession economy,” says Wilson Lee, Director of Product Manufacturing for Newark element14. He says that reshoring has been especially prevalent with new product initiatives (NPIs) or technologies in which total acquisition costs can be significantly reduced. These costs include robotics, smart metering, medical equipment, and even 3D imaging.

The ‘New Normal’ Of Manufacturing

“The ‘new normal’ of manufacturing for OEMs in the electronic components industry has been to balance offshoring with reshoring,” says Lee.  He admits that when cost is the primary determining factor, offshoring may still be the best option for some companies.  While the offshoring practice has brought great success for companies with fast product-to-shelf turnaround, this doesn’t always hold true when additional supply chains are taken into consideration.  In these cases, OEMs have come to rely on reshoring.  “This includes the cost of building a board, the cost created by the distance between the design and production points of the manufacturing process, communication barriers, customer demand, and more,” Lee says.

Lee believes that reshoring to America could be a better option than nearshoring to Mexico.  Manufacturing in the U.S. can reduce contentious issues of translation and turnaround time. According to Lee, some tier-1 contract electronic manufacturers (CEMs) and smaller, regional players that are developing NPIs are delivering a powerful commentary: “you don’t have to offshore to have the best value in terms of OEM and the supply chain.”

“In my opinion, the complexity of newer technologies are minimized if there is a business-to-business understanding of the total cost of acquisition,” Lee says.  In terms of electronic components, off-shoring presents more opportunities for miscommunication and misinterpretation.  Furthermore, valuable time is eaten up as products are shipped to and from various regions of the world.

But jobs aren’t coming back to the U.S. by accident.  There have been concerted efforts by various players to incentivize American manufacturing.  According to the Alliance for American Manufacturing (AAM), more than 30 states have introduced “Buy America” bills.  Federal and state officials in Michigan, New York, Virginia, Minnesota, and others are committing to build their infrastructure with American steel and iron.  And the “Made in the USA” mentality of American consumers is influencing manufacturers’ production decisions.

In a 2012 National Survey by AAM, 83 percent of voters thought it was very important to strengthen American manufacturing and held an unfavorable view of companies that outsource jobs to China.  And when it came to Buy American legislation, 87 percent of Republicans, 91 percent of Democrats, and 87 percent of Independents favored strong provisions for public works.

And the share of executives of U.S.-based manufacturing companies with sales greater than $1 billion who plan to reshore rose to 54 percent in 2013, compared to 37 percent in 2012, according to a new survey by the Boston Consulting Group.

Much of the reshoring trend can be attributed to growth in the U.S. energy sector, advances in automation that have reduced labor costs, and the “Made in America” mentality of U.S. consumers, according to Lee.  Reduced total ownership costs and reduced intellectual property and regulatory compliance risk have also contributed to the regrowth in American manufacturing.

But what else can be done?

Strategic investments in the development of emerging technologies could create more high-quality manufacturing jobs and boosts the U.S.’ global competitiveness.  “In July, Newark element14 analyzed its sales volume numbers for non-automotive industrial manufacturing sectors and found the market and momentum for growth is there.  Specifically, Houston, Hunstville, and Knoxville were identified as the top three markets based on engineers’ purchasing volume and locations,” says Lee.

An emphasis in research, education, and training in developing technology sectors will also be key in ensuring a prepared workforce for returning U.S. companies.

Will China Fight Back?

So what can the Chinese do to keep large international corporations within their borders?

“The total landed costs (TLC) could be minimized to offset the factors driving U.S. companies out of China: labor costs, natural disasters, and poor air quality to name a few,” says Lee.  He also points to possible reductions in tariffs and the necessity to combat rampant piracy and counterfeiting as possible issues that the Chinese could address to keep foreign companies.

But these necessities are placed against the backdrop of contentious, uphill political reform.  The rapid rate of economic expansion has collided with the control of China’s Communist Party, making predictions difficult.

As manufacturers leave China and Southeast Asia, Mexico and the U.S. will certainly be top contenders for their business.  And the decision may not be easy.  There are many considerations to take into account, including cost effectiveness, ease of communication, access to supply chains, consumer opinions, and company visions.

A surprising number of salespeople operate without goals: the functional equivalent of a pilot with no flight plan.
Feb 14th, 2020