Frames help to organize complex experiences, occurrences and facts into logical and rational as well as understandable groupings and categories . . . 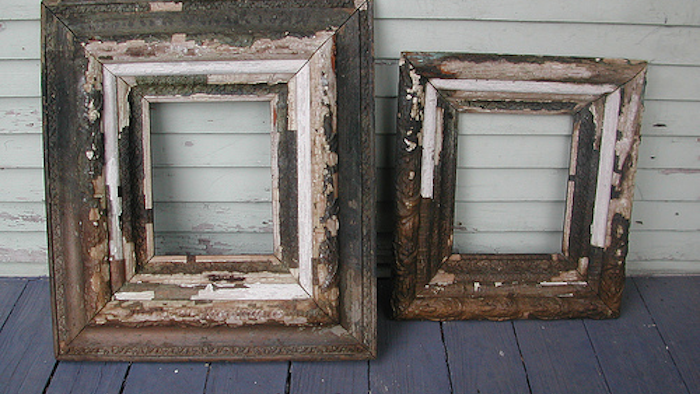 Critical thinking and working effectively with others relies on applying appropriate frames. Frames are cognitive shortcuts that individuals use to help make sense out of complex information and to interpret that information in a way that can be meaningfully represented to others. Frames help to organize complex experiences, occurrences and facts into logical and rational as well as understandable groupings and categories. By labeling these complex experiences, occurrences and facts it becomes possible to give meaning to some aspects of what is observed through them, while at the same time discounting other aspects because they appear to be irrelevant or counterintuitive. Frames provide meaning through selective simplification, by filtering people's perceptions and providing them with a field of vision for a problem.

Frames significantly impact the critical thinking process. This is because they tend to be built upon personal beliefs, values, and experiences, where individuals often construct unique frames that tend to considerably vary. Frames normally exist prior to the processing of information and they highly affect identifying, assessing, analyzing, and evaluating information, upon which critical thinking is based.

Individuals tend to be separated not only by differences in personal interests, beliefs, and values, but also in how they perceive and understand things, both at a conscious as well as sub-conscious level. Within critical thinking, individuals generally apply framing not only as an aid to interpreting issues and information, but also at times, to generate or promote some form of a strategic advantage.

Framing is often the impetus for rationalizing self-interest, convincing others, building unity, or promoting a preference for a specific outcome. Numerous factors tend to affect how people frame experiences, situations and circumstances, which in turn, influences the path and direction that critical thinking takes.

The Importance of Framing When Thinking Critically

An essential element in critical thinking is understanding how and why frames affect decision making or problem solving development. In the context of critical thinking situations, disagreements often erupt. As a result, individuals tend to create frames to help understand why the disagreement exists, what actions are important to alter or negate it, why different individuals act as they do, and how individuals should act in response to what is occurring.

Within group situations and activities, frames serve as a type of strainer for information that is being gathered, assembled and analyzed. Personal framing tends to determine the development of priorities and ways to address and achieve them, which typically includes generating alternative solutions as well particular action plans for their implementation. Depending on the issue, problem or context of the task or goal at hand, framing may be used to conceptualize and interpret, or to manipulate and convince.

Framing tends to be tied to information processing, message patterns, linguistic cues, and socially constructed meanings. Knowing what the various types of frames are, and how they are constructed, allows individuals to draw conclusions about how they affect the development of critical thinking and its outcomes, as well as how they can be used to influence both. It is important to analyze existing frames from a personal perspective, as well as ones others use. Doing this offers fresh insight into the dynamics and development of group interaction, problem solving, conflict resolution as well as decision making.

The Sources and Forms of Frames

Many factors work to influence frames as well as their formation. Disagreements and opposite viewpoints are usually associated with a complex and reinforcing set of frames in oneself, and others, as well as associated elements of risk, what types of information should be applied to a given situation, and how decisions should be made. The frames that most highly influence disagreements and opposing viewpoints among individuals include ones of: identity, characterization, power, risk/information, and loss versus gain.

Individuals tend to view themselves as having particular identities in the context of specific circumstances and situations. These identities spring from an individual's self-conception and group affiliation. The more central the challenge to one's sense of self, the more oppositional one is likely to act. Typical responses to threats to identity include ignoring information and perspectives that tend to threaten one's core identity, reinforcing connections with like-minded individuals or groups, and negatively characterizing problems, issues or situations.

Closely related to stereotyping, characterization frames may be either positive or negative. Individuals view others as having particular characteristics and when they find themselves in disagreement or at odds with others often tend to construct characterization frames for them that significantly differ from how the other parties view themselves. Such characterizations often undermine others' legitimacy, and cast doubt on their motivations, or exploit their sensitivity.

Characterization frames often tend to be linked to identity frames, which serve to strengthen one's personal identity while justifying individual actions toward another, thinking for example, "I am a free thinker, but my opponent is closed-minded and because of it needs to be subdued or chastised."

Because disagreement is often imbedded into critical thinking activities like decision making, individual conceptions of power and group control tend to play a significant role in them. Power frames help a disagreer determine which forms of power are justifiable, such as in the form of existing organizational structure. At the same time, power frames also help to determine certain forms of power that are likely to advance one's own agenda or positioning, like authority, resources, expertise, or unity-building.

Disagreements that often erupt during critical thinking projects or activities often involve personal expectations about future events, where these events may either be risky, or where the likelihood of them occurring is quite uncertain. Within these types of situations, certain group members will often begin to construct risk and information frames that produce highly variable assessments about the level and extent of a particular risk.

From a positive viewpoint, risk and information frames work to indicate which sources of information tend to be reliable, and which ones are not. Risk and information frames depend not just on an individual's points of interest, but also on the person's level of training, expertise, personal exposure to the risk, familiarity with the risk, and the potential for disastrous or negative impacts due to it. Because of the ability to deeply analyze various risk factors and their potential consequences these critical thinkers tend to act and think in terms of the degree in which the risk is dreaded or feared.

It is common for most individuals who work as a collective group in problem solving or decision making to focus on "threats of potential loss," rather than on "opportunities for gain." People tend to react differently to a proposed course of action when its expected consequences are framed in terms of "losses" as opposed to "gains." Most times there will be individuals who hold firm to believing that preventing a perceived loss is much more relevant, significant, and high in value than securing an equal gain. This works to reinforce a psychological barrier in regard to taking a particular course of action or accepting a specific problem's solution.

Reframing is the process of purposefully managing one's personal frames. With the help of reframing, individuals are more likely to find new ways to reach an agreement. Within critical thinking activities such as decision making or problem solving, the ability to effectively manage frames and the framing process can lead to important shifts not only in the frames themselves, but also in the impact that they have on group dynamics.

Reframing is intended to:

· Clarify various viewpoints in order to bring about a more productive exchange of information by listening to ideas that were not previously considered. This includes expanding discussions to explore different courses of action or solutions that had not been previously addressed.
· Enhance individuals' understanding of their interests and how the forms of action they take are used to serve these interests, which is accomplished by examining potential processes for managing frames more productively and to reconsider patterns of interaction among other group members.
· Identify concepts, issues, or informational areas that individuals tend to view differently, which is used to determine opportunities for compromise, negotiation or trade-offs, which can be based on these specific differences.
· Identify differences to determine which ones cannot be bridged. As an essential part of reframing it becomes important to identify ways to reduce or eliminate areas of disagreement in a manner that does not violate these types of differences, which includes determining the degree of importance that is awarded to them.

If you would like to learn more about critical thinking techniques, refer to Developing Critical Thinking Skills: Pinpoint Leadership Skill Development Training Series. This training skill-pack features eight key interrelated concepts, each with their own discussion points and training activity. It is ideal as an informal training tool for coaching or personal development. It can also be used as a handbook and guide for group training discussions. Click here to learn more.