Industrial and rugged computing devices are specifically designed to meet military, field service, public safety, utility, transportation, construction and other application needs. From advancements in solid-state drives to thermal management, this article will provide an overview of significant technology milestones, as well as some of the exciting areas in terms of where the rugged tablet industry is headed next. 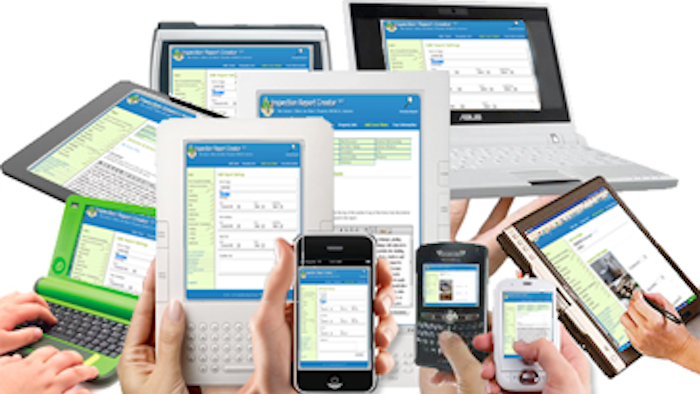 Although the origins of today’s tablets reach back as far as Konrad Zuse’s first freely programmable Z1 Computer, the device world has since branched off into very distinct directions based on user needs — consumer and industrial. The industry as a whole has certainly come a long way since the rack-mounted era, but industrial computing’s nuanced operational requirements have driven an evolutionary path quite different from its consumer counterparts — like the Apple iPad, Amazon Kindle or new Microsoft Surface.

Industrial and rugged computing devices are specifically designed to meet military, field service, public safety, utility, transportation, construction and other application needs. These, in turn, have directly influenced form factor and functionality. From advancements in solid-state drives to thermal management, this article will provide an overview of significant technology milestones, as well as some of the exciting areas in terms of where the rugged tablet industry is headed next.

To begin, we must first take a step back to discuss the term “rugged.” Defining this category has been complicated in the commercial world because it has historically been difficult for the industry to agree upon a consistent universal specification. Calling a product rugged used to be analogous to saying a product is “good.” What does that mean? The need for ruggedness as a concept is based on the user’s applied need, and while there are similarities, there are also differences in many axis like temperature, drop, and vibration requirements.

Further complicating and leading to the muddying of the term “rugged” is market competitiveness as various vendors desire to supply customers with a “rugged” or “semi-rugged” product at minimal cost over their commercial grade solutions.

To help establish common measurement criteria, the market has outlined some standards to refine the scope of ruggedness. The main standard was brought forth by the International Electrotechnical Commission (IEC), which developed its Ingress Protection (IP) rating system that specifies degree of protection against solid objects and liquids — such as dust and water. The National Electrical Manufacturers Association (NEMA) also publishes similar ratings and addresses other features not covered by IP rating including corrosion, aging, etc.

The military also has its own set of specifications covered in MIL-SPEC-810G for products to be used by the U.S. Department of Defense. However, in practice, many military systems are granted “waivers” to some parts of the full MIL-SPEC based on mission expectations, which means even the use of the words “MIL-SPEC” in practice introduces its own confusion.

Different industries have varying computing equipment requirements. For the military, smaller and lighter is almost always better, so long as it’s balanced with durability. A manufacturing facility, on the other hand, may need to protect against circulating dust or particles that could quickly clog an open system laptop. Following are some of the most significant developments that have changed how rugged tablets adapt and meet the needs of industrial user in such scenarios:

The Future of Rugged Computing Devices

Along with a look back, there is a lot of excitement about developments that will change rugged devices in the future. Thinking 10 years ahead, the future of rugged computing could advance in several directions.