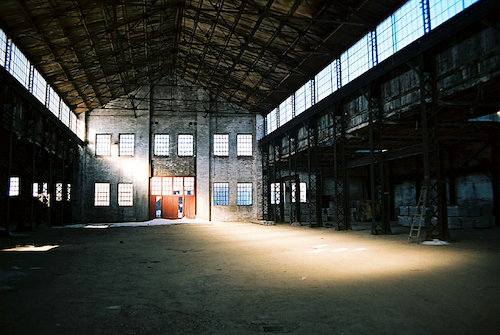 “Once economic growth starts to accelerate, more businesses will move forward with the manufacturing and distribution projects that will be required to support growth and service level requirements in an increasingly consumer demand-led economy.” John Morris, Industrial Services Lead, Americas, Cushman & Wakefield, Inc.

Chicago, IL – Demand for industrial real estate continues to rise, but modest economic growth continues to impact the sector nationally, according to commercial real estate services firm Cushman & Wakefield, Inc.’s 2013-2016 Industrial Forecast Report. And that modest economic growth trend, impacted by the uncertainties surrounding the U.S. financial and Euro Zone debt challenges, is likely to continue to define the market’s progress for at least another year.

“The U.S. economy remains stalled in a low gear, and this may not change in any significant way until later in 2013,” said John Morris, leader of Cushman & Wakefield’s Industrial Services Group. “Once economic growth starts to accelerate, more businesses will move forward with the manufacturing and distribution projects that will be required to support growth and service level requirements in an increasingly consumer demand-led economy. These are projects they may have been postponing.”

Despite a struggling general economy, national industrial real estate fundamentals continued to strengthen, posting declining vacancies and modest rent growth in most markets. Of the 74 industrial markets tracked by Cushman & Wakefield and its Alliance Partners, just 10 recorded year-over-year vacancy increases at the end of the third quarter.

Demand is rising, particularly around the ports of the East and West coasts. Demand for space is strongest in Greater Los Angeles, Miami, and New York-New Jersey. The growth of e-commerce is also having a significant effect, creating a trend toward bigger and more efficient distribution centers.

With vacancies currently in the five-percent range, the Greater Los Angeles and Orange County markets in California were reporting the lowest rates in the nation as year-end 2012 approached. Dallas/Fort Worth has seen the largest drop, plunging to a 10.6 percent vacancy rate. On the East Coast, New Jersey’s overall vacancy has fallen to 8.9 percent, with the Central New Jersey submarket dramatically falling to just 8.1 percent.

Rents are also on the rise. For the five-year period of 2011-2016, Cushman & Wakefield projects that rents will have risen by 54 percent in California’s Silicon Valley, 34 percent in the San Francisco Peninsula, 30 percent in Los Angeles, 28 percent in the Miami market, and 25 percent in Houston, Texas.

The warehouse/distribution category has been seeing increased construction, fueled by demand for class A space by such large tenants as Amazon, PetSmart, Home Depot and Unilever. While those companies in particular are pursuing build-to-suit projects, there also has been an increase in speculative development, especially in California’s Inland Empire and Pennsylvania’s I-81/I-78 Distribution Corridor.

Redevelopment is also on the rise across the country. Land constraints and the obsolescence of older facilities should spur more redevelopment and the retrofitting of existing facilities.

In the manufacturing sector, however, there has been a slight contraction in jobs in 2012 after two years of job growth. Still, manufacturing accounts for 12 percent of the U.S. GDP, and innovation and technology remain crucial in the long term for a productivity-driven industry.

According to the Forecast report, a shortage of skilled workers threatens to slow growth in 2013, but an emphasis on advanced training and development support in major manufacturing hubs, particularly in the Midwest and Northeast, are expected to stabilize growth in those areas. “Major markets like Chicago, Boston, Philadelphia and New Jersey are poised for manufacturing expansion,” added Morris.

The demand for flex space, which has noticeably decreased in recent years, is poised to grow significantly by 2015, Cushman & Wakefield projects. Until then, however, demand is expected to remain weak, with the overall flex market projected to absorb an average of six million square feet through 2014.

And, for the rest of the decade, such markets as California’s Silicon Valley and Orange County, along with Denver, Dallas, Portland and Phoenix are expected to cumulatively account for nearly half of all flex space absorption. Cushman & Wakefield also expects that demand for data centers, call centers, and high-tech lab space will grow as the economy rebounds.

“The fact remains that there is considerable pent-up consumer and business demand in the economy, and it is poised to fuel an economic rebound that has been a long time coming,” said Morris. “That the national industrial real estate market has continued to strengthen despite the economic uncertainty provides a great deal of optimism for 2014 and beyond, when the economy is expected to resume a more stable path of growth.”