The road to a successful, growing, prosperous company is paved with contrarian moves which defy industry norms. This should come as no surprise - after all, simply look at the phrase "industry norm." By definition it makes one, bold promise: normal results. 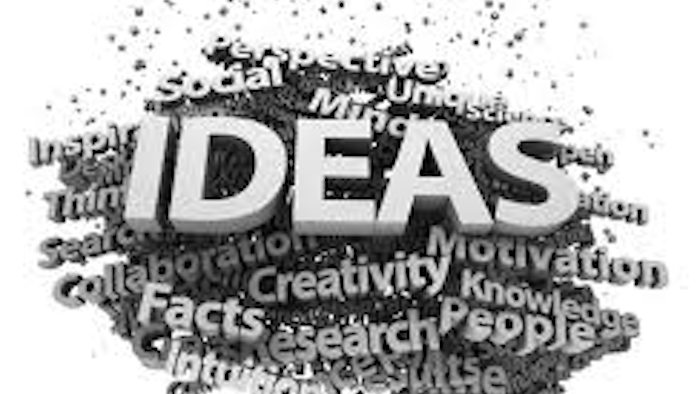 Before Walt Disney opened his first amusement park he was told - and expected - to conform to industry standards. He bucked the trend and built the first amusement park with one single entrance and exit. Bill McGowan - former CEO of MCI - challenged the long-held belief that “AT&T owned the long distance market” and, in the process, rocketed MCI to profitability. Or Tom Hoobyar who took ASEPCO valves from a small, also-ran and leapfrogged his larger competitors by offering an unheard of and gutsy, 100% guarantee.

Industry Norms Get You Normal Results

The road to a successful, growing, prosperous company is paved with contrarian moves which defy industry norms. This should come as no surprise - after all, simply look at the phrase "industry norm." By definition it makes one, bold promise: normal results.

As a company with a desire to grow there may be nothing more dangerous to your prosperity than following industry norms. Here are three you should avoid and more profitable options you can use in their place.

Did you know that deep inside your brain is a small processing center that is tasked with initiating your fight or flight response? Furthermore, this is the oldest part of your brain and essentially runs on auto-pilot. You can’t ‘control’ it. Neither can your prospects.

Its sole purpose is to ensure survival. When you approach your prospects in the wrong way it gets activated quickly and often.

A perfect example is the primitive strategy of cold calling. That's why you, I and the caller on the other end get repulsed or lash out at cold callers. Your prospects survival trigger has been tripped and they want to ‘run’.

Simply put: if you depend on cold calling or cold prospecting at any level it's likely going to be a slow, agonizing, grindingly painful process. Furthermore, it's going to be one of the most time-intensive but lowest return-on-investment activities your company can be doing. It’s expensive to fight against human nature.

So why not work WITH it instead?

And you do that with a process I call Neuromarketing. The goal is simple: get the 'old' brain interested with specific techniques and strategies. The trick is in HOW you approach the person and the MESSAGE that you approach them with.

This is one of the reasons why a properly constructed white paper campaign can be so effective. Even when the overall message is the same one you were trying to deliver via a cold call.

I have to tread lightly here and make a quick point. Brand advertising is NOT the same thing as building a brand.

Having a recognizable brand in your vertical is always a smart thing to do. But that doesn't mean you should resort to the typical image advertising (i.e., brand advertising) that you see every day from Madison Avenue. In most cases, image advertising is a huge waste of your time, money and effort.

Why? Because any company that uses brand advertising as their preferred method of bringing in business cannot answer a simple - but critical - question: for every dollar you spent on this campaign what was your return on investment? In short, how many leads or inquiries did this campaign produce for your company?

So how can you build a powerful, recognized brand instead while knowing that you are maximizing your return on investment of every dollar?

While I don't have the time or space to get into all the specifics - direct marketing works because it’s the only scientific way to market. It gives you the ability to measure and know - down to the penny - what your return on investment is. This is something any industrial company should be concerned with in today’s economy.

Additionally, because you are now measuring you can adapt and maximize your results. And, done correctly, consistently and in the right media you can also build your brand.

Right now companies are abandoning or severely cutting back on any sort of marketing that is ‘offline’. After all, online is the only place to be and everyone is doing it. Right?

Clients are often shocked when they learn that these two online giants routinely - and quietly - use direct mail to bring in business.

That's right. Just last week I personally received a direct response advertisement from Google in my mailbox. Incidentally, it's one of many I've received over the last year. Furthermore, both mailings follow direct response principles.

Which also means they would not be sending them if they hadn’t proved to be profitable.

It's dangerous and faulty thinking that you should move away from any media simply because it's not 'popular' anymore. You should be present in each and every media that proves profitable.

Also, there’s a dark side to the popularity of things like social media and online marketing: you have more competition.

The opposite is true with older media. Companies like Google and Amazon have discovered that while it might be a little more expensive to actually get your message to your prospects. The return-on-investment exceeds that of the crowded online marketplace.

The 5% is Where You Want to Be

Earl Nightingale - “The Dean of Personal Development” and an co-founder of the hugely successful Nightingale-Conant company - famously said that if you really wanted to be successful in any field that you should observe what 95% of the businesses are doing and then just do the opposite.

It’s easy to take his statement as a joke. But Earl, Google, Disney, MCI and hundreds of other companies in dozens of different industries who eventually experienced spectacular growth discovered how true it was.

If 95% of the businesses have stagnant or negative growth patterns you’ll get the same results by doing what they’re doing. The 5% are doing things differently - and that’s where you want to be too.

ID Editor Mike Hockett goes solo to discuss the nuances involved with creating our 2021 Big 50 List, and why this year was especially challenging.
Oct 5th, 2021