Mea Culpa: A Business Should Own Up To Customer Service Flub

Misunderstandings, mistakes and breakdowns can happen at any company. Unlike large firms, small business owners know they might not be able to survive negative reviews on social media, so when they have customer service disasters they need to try to not just mollify customers but please or even thrill them. 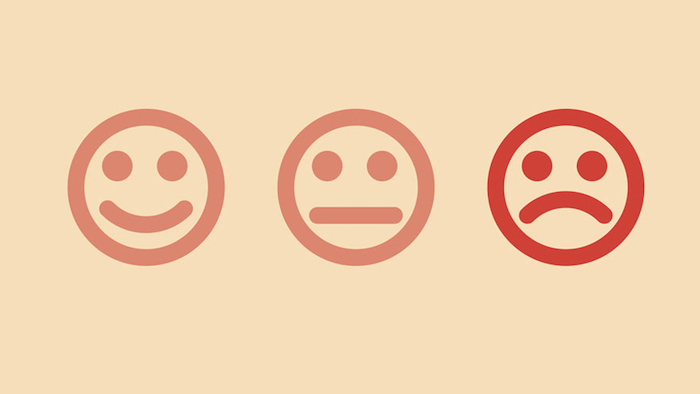 NEW YORK (AP) — Erika Wasser and her staffers arrived for a big appointment — hair and makeup for a bridal party of 11 — to realize someone had goofed and the salon space they share in a Miami hotel wasn't available that day. And the bride was expected in an hour.

"We messed up HUGE," is how Wasser, owner of nine Glam+Go salons in three cities, remembers the Saturday a year ago. She quickly pulled out her credit card, reserved a suite in the hotel, and "the bridal party and our team literally transported everything — dryers, chairs, everything basically not nailed down — from our salon and recreated an en suite Glam+Go."

Misunderstandings, mistakes and breakdowns can happen at any company — including a giant like Amazon, which had the embarrassment of its website not working properly at the start of its much-advertised Prime Day. Small business owners know they might not be able to survive negative reviews on social media, so when they have customer service disasters they need to try to not just mollify customers but please or even thrill them.

Luckily for Wasser, the bridal party wanted to help, so the move was accomplished quickly. When the bride arrived, everyone told her she'd gotten a free upgrade. Wasser, who usually charges for champagne at bridal appointments, paid for as much as everyone wanted. A disaster became a memorable party.

Facing a disaster of their own, Davis Smith and Brandon Carter fielded a phone call that Smith calls panic-inducing.

The young entrepreneurs, who were cleaning grills in Austin, Texas, last year while preparing to start their company, inadvertently scratched a customer's backyard grill.

"He was furious because we had ruined his grill, he said. We tried to offer a refund or a free cleaning but nothing consoled his loss," Davis says.

The two realized the solution was buying the customer a new $600 grill. Although their College Grill Cleaners business had only made $2,000 so far, the new grill turned out to be an investment in the future.

"The customer was extremely understanding, happy with how we handled the situation," Davis says. The man also posted a positive review online and referred neighbors to the company, which now has branches in the Dallas area and Houston.

When they mess up, companies should focus on building relationships rather than apologizing profusely, says Paul Fombelle, a marketing professor at the D'Amore-McKim School of Business at Northeastern University. At the same time, owners shouldn't ask, "what can we do to make you happy," the equivalent of a blank check.

Fombelle's suggestion is to say, "We screwed up. We want to keep you as a customer. Here are two options for what we can do now." In trying to mitigate the damage, owners also shouldn't make promises they won't be able to keep.

"You'll be failing two times in a row," Fombelle says.

When an angry customer calls or shows up, owners or employees should listen, not be defensive or condescending and not say, "I can't help you," says Nancy Friedman, who runs The Telephone Doctor, a customer service consulting firm. Staffers who don't know how to respond should say, "I'll get someone to help you." And no one should ever make the customer feel like they're being a pain.

"You need to make someone feel that they matter," Friedman says.

Sometimes, even good service can't get the resolution a customer wants.

John Holloway's insurance brokerage, NoExam.com, was honest with a customer from the get-go: He might not get a life insurance policy because he'd had cancer 10 years earlier.

Holloway and his business partner, Jonathan Fritz, searched for an insurer they thought would be a good match and helped the customer with the application. After he was rejected, the customer called to vent once or twice a week for several weeks, and kept Fritz on the phone for up to half an hour.

"He (Fritz) would explain to him over and over again what the situation was, that we did our best," says Holloway, whose company is based in Roswell, Georgia. While the calls were difficult, Fritz persevered.

"We easily could have avoided him, but that could have led to online complaints," Holloway says. Eventually, the customer stopped calling.

When trying to right a wrong, late can still be better than never. Kimberly Marek discovered that a staffer assigned to monitor a customer service phone line didn't — for two months. Marek, co-owner of online jewelry retailer 7 Charming Sisters, the other owners and employees combed customer records to see if any of the 25 people had also emailed the Fredericksburg, Virginia-based company and gotten what they needed.

All but three did. Marek called them, including one who had been waiting seven weeks.

"They were frustrated but understanding, and they were taken aback by me calling personally and apologizing," Marek says. She followed up with gift bags and handwritten notes.

And sometimes, a crisis resolved can have a bonus in the end. After the wedding party was on its way to the ceremony, Wasser invited her salon manager to spend the afternoon and evening in the suite she'd paid $800 for.

"We stayed there drinking wine and watching movies," Wasser says.