As a fastener distributor, it takes a certain amount of moxie to install the world’s biggest hex nut outside your headquarters along a busy city street. It takes even more to boast the slogan, “We’ve got the biggest nuts in town.”

But if you ask the staff at Green Bay, WI-based Packer Fastener about it, they’ll tell you it’s not cockiness or arrogance — it’s their swagger.

What most companies refer to as their culture is what Packer Fastener refers to as its swagger — the shared ethos that defines the company and what it aspires to be. And in an industry still Baby Boomer-dominated and slow to innovate as a whole, youth-driven Packer Fastener can serve as a look into the future of industrial distributors, and perhaps the manufacturing hiring process.

Located a mile down the road from Lambeau Field, Packer Fastener is a distributor of threaded fasteners to commercial contractors and fabricators. Its youth vibe stems from president Terry Albrecht, who co-founded the company in 1998 when he was just 22 years old after a brief stint at Fastenal. At age 43, Albrecht is actually older than 50 of his 55 employees the company had at the end of 2017, including general manager Jason Ledvina (39). Even with more millennials entering the industrial supply market each year, Packer Fastener’s company-wide youth is seemingly unheard of in the B2B distribution space.

Whereas some distribution executives may be wary of an influx of young employees due to negative connotations associated with millennials, Albrecht and his team fully embrace it, and then some.

“We've always been a young company, so we're very ingrained in the youthfulness and the spirit of a millennial company,” Albrecht says. “This next generation of workforce — they're brilliant, they're gifted, they're talented, they're hardworking. Their motivators are different, the leadership style you have to have is different, but it's an incredibly innovative and powerful workforce that's coming through.”

For employee recruiting, the new-age method across all industries appears to be shifting toward hiring for culture fit, instead of the age-old hiring for experience. This is at the forefront of Packer Fastener, where every new hire — regardless of background — starts with the company at one of its branch warehouses as an order picker making $12 an hour. Through the company’s ‘Packer 360-degree’ development program spearheaded by Ledvina, each employee has a coachable roadmap (Achieving HEXcellence) toward a leadership position. Starting them as a humble picker ensures that they experience contributing to many facets of the total business operation.

That’s not to say Packer Fastener doesn’t take new hires’ background skills and experience into account. After a behavioral assessment to understand how a new employee is wired and what their talents are, the leadership team then plots out a career path that is best-suited for that employee and their skills.

“Let’s say someone is coming in here looking at something in sales — you quickly see who's in inside sales and who's in outside,” Ledvina says. “And it's not to mean they can't do the other of those, but when they're not in the right position, naturally they're going to struggle.”

That hiring system has worked wonders for Packer Fastener, which has an employee retention rate of 98 percent and has posted just one job opening in its 20 years of existence, with all other hires coming via referral. In a time when many distributors and suppliers are struggling to find new talent, Packer Fastener has a river of it. That’s come in handy during the company’s rapid recent growth from 13 employees to 53 in a five-year span through late 2017, during which it added five locations. It will add another branch during 2018. The average age of Packer Fastener employees is less than 28 years old, and the expanding team has achieved an average annual growth rate of 19.6 percent over the six-year span through the end of 2017 — growing sales by double-digits each year. In January of this year, the company launched a national sales department to target customers outside of its traditional brick-and-mortar service areas.

“We don’t have rooftop gardens, cappuccino machines or bean-bag chairs like Google — here it’s all nuts and bolts and old shelving,” Ledvina says, signaling the ‘unsexy’ world of industrial distribution. “But when we say we’re growing and have some opportunities, there’s two or three referrals lined up to interview. The hardest part is trying to tell somebody they might get passed over at this time.”

One of the most prominent negative stereotypes attached to millennials is a sense of entitlement. If it’s true, Albrecht and Ledvina say that starting each new employee in the warehouse helps negate that quality.

“I think our culture and hiring process weeds any of those people out,” Albrecht says. “If you feel entitled, you’re not going to roll up your sleeves and get your hands dirty for 12 bucks an hour. We’ve got college-educated people coming here to pick orders at 12 bucks an hour because their buddy did it two years ago and now they’re running a branch in Madison or Milwaukee.”

Even for those outside of the industrial supply market, Packer Fastener’s Green Bay headquarters location is hard to miss when driving by. Alongside Lombardi Avenue stands a 10-foot tall, 3.5-ton hex nut — unofficially the world’s largest hex nut, from which Lambeau Field can be seen when standing in the center. At the time of its May 2015 installment, Guinness World Records told Albrecht there wasn’t yet a category for such a record, but they’d be willing to open one up. It picked up plenty of local media coverage and even some nationally, and has served as a city landmark and talking point for the public.

“You mention our name around town or even around the state and people will be like, ‘you’re the guys with the big nut!” Albrecht says with a laugh. “It’s become our calling card, and the recognition has been overwhelming.”

The company even installed a sign next to the hex nut encouraging passerbyers to post photos of themselves with the nut to social media with the hashtag #BIGGESTNUTSINTOWN. Pokémon Go — the augmented reality smartphone game craze of summer 2016 — even made the nut a landmark ‘Pokéstop’.

Of course, the giant hex nut plays off Packer Fastener’s shameless slogan of “We’ve got the biggest nuts in town.” But again, rather than cockiness, it points to the company’s swagger, which includes a sense of humor and overall fun atmosphere. Plus, it’s certainly a memorable tagline.

“Our customer base embraced it 20 years ago when we made it,” Albrecht says. “It kind of developed a life of its own, where people started to ask for t-shirts and can koozies. So we just embraced the fact that our customers got a kick out of it. We’re humble, but yet so sure of ourselves in the service and product we put out that we don’t mind making some bold statements.”

Another benefit of Packer Fastener’s bounty of youth is being naturally digitally savvy. The company has two full-time IT employees, including Bill Feck, who designed the company’s brand new e-commerce website that just launched in January. Albrecht says Packer Fastener had been talking about adding e-commerce for the previous 10 years or so, but starting small as the company did and with its immediate focus on operations like sales and purchasing, installing online ordering was put on the back-burner until the decision was made to bring it to the forefront.

“We initially looked at almost every fastener website out there,” Feck says. “We saw our competition, what worked and what didn’t and tried looking at a few solutions and had problems with every one. That’s when we decided to keep it in-house. I built some tools along the way of how we wanted things to look and how it would work. It’s nice that we can build just about anything, and if something doesn’t look right, we can change it ourselves.”

The company says asking basic questions of ‘what are your favorite parts about a fastener website?’ and ‘what makes it easy?’ were crucial.

“We wanted complete control of the customer experience, and to be able to customize and reflect our culture and who we are,” Albrecht says. “So it was paramount to us that we do it in-house.”

Besides a background of fastener sales since he was 15 years old, Albrecht has also long been a health nut. He began strength training in his 20s and is a certified personal trainer. He has run eight marathons, a 50-mile ultramarathon and an Ironman Triathlon. Oh, and he’s married to a nutritionist and former corporate wellness director. Naturally, that fitness background crossed into his business as ‘Live Healthy’ is component of Packer Fastener’s swagger. The company’s wellness program initially had sporadic participation, but once it partnered with a local company that developed a customized fitness tracking system using wearable technology, that participation became 100 percent to at least some extent.

The company’s fitness challenges cross over into community involvement, whether it’s running in local 5k events or sponsoring the myTEAM TRIUMPH organization, where Packer Fastener employees push individuals with diverse abilities in wheelchairs at athletic events. And that involvement goes much further. The company partners with an organization that places individuals with disabilities in the workplace, and through the end of 2017, the company’s Appleton warehouse stored household goods for displaced veterans. Packer Fastener dedicates one percent of its sales to community initiatives, and Albrecht would like to see that increased to two percent during 2018.

A Look At The Future?

While culture-based hiring has been growing among businesses of all types throughout the current decade, it seems to be less common in the B2B distribution space, especially for small-to mid-size firms. Given the success Packer Fastener has seen over its 20 years — most notably in the past five as the industry as a whole has struggled to hire new talent — the company’s model may very well be what many distributors attempt to emulate going forward.

So, distributors, how’s your swagger? 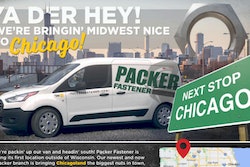 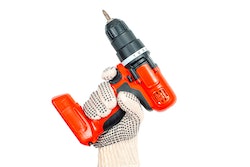