The U.S. Economy – and its future – was one of the most hotly debated topics in this year’s presidential election. Regardless of which side of the political spectrum you land on, there is no denying or escaping the fact that most everyone in America with access to a news source is holding their breath in anticipation. 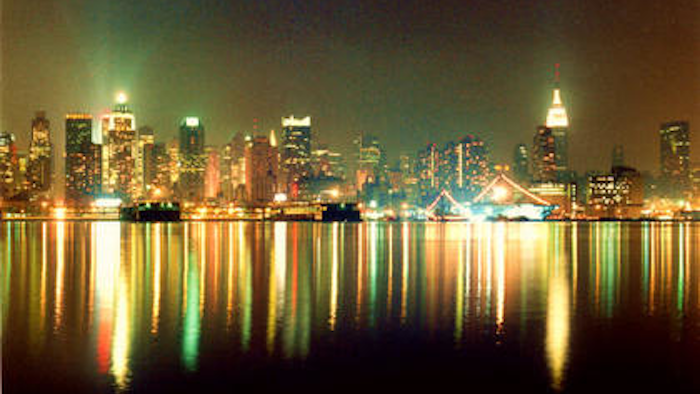 The U.S. Economy – and its future – was one of the most hotly debated topics in this year’s presidential election. Regardless of which side of the political spectrum you land on, there is no denying or escaping the fact that most everyone in America with access to a news source is holding their breath in anticipation. Sadly, this anticipation is not for the Christmas holiday next Tuesday or the New Year celebrations to follow, but the resolution of the looming “fiscal cliff” that has economists, businesses, and individuals waiting for the first pin to drop and break the silence of uncertainty.

According to the Kiplinger Economic Outlook, “a better economy is likely in 2013, but the gains won’t be clear until at least midsummer.” Even if Congress and the White House can come to an agreement on the fiscal cliff early in the year, it will take time for policies to go in to effect as new processes are created and put into actual practice. Because of this, Kiplinger says to look for a second half of the year with “considerably more pep.”

Russell Investments’ 2013 Global Market Outlook doesn’t think that the “fiscal tightening in 2013 will be severe enough to send the U.S. economy into recession.” Basing the theory on the fact that the financial market is not sounding an alarm, and that a low-growth economy is not usually a volatile one, Russell sees only policymakers being able to create the shock necessary to send the economy into a downward spin, claiming there is just “not the sort of economic imbalances that typically lead to economic downturns.” They do caution, however, that lawmakers should recall the fact that the 2001 Tax Act changed tax rates gradually over five years. “The same should hold when those tax cuts are partially reversed,” they urge. Their prediction: 2.1% growth in year-on-year real GDP gains in the 2013 calendar year.

The job market is supposed to keep looking better and better. Net jobs in November totaled 146,000, equal to the monthly average for the year. Russell predicts a 160,000 per month gain for the year 2013, with a resulting unemployment rate of 7.4% for the year. Kiplinger says these numbers are “enough to absorb new graduates and others entering the labor force, but little more.” This is paired with reluctance on the part of companies and businesses to invest and create jobs, as they are waiting for Washington to sort itself out, keeping their cash reserves reserved until they have a better picture of what the new year will bring. Once more certainty is at hand, Kiplinger predicts that it will “result in hiring gains in construction and manufacturing, then ripple out into demand for workers in an array of services.” Potentially, these services could account for more than eighty percent of all jobs in the U.S.

The prediction from all sides is that interest rates will remain low, especially short-term rates. After the recent meeting of the Federal Reserve and their decision and pledge to stay near-zero on the federal funds rate, prime lending should keep around three and a quarter percent, with the Treasury bill sticking at .1% and single year banks CDs will remain close to one percent.

In keeping with interest rates, inflation is not expected to rise significantly in 2013, either. Russell points out that “no large jump in inflation is possible when the Fed is targeting nominal GDP growth.” The Consumer Price Index should gain modestly as with this year, no more than two percent. As with every year past, expect gas prices to increase a bit, along with food prices as the most of the country limps out of the ferocious drought it experienced this last summer. With precipitation levels still down in the Midwest, those numbers could reach higher within a year’s time. Food prices are already up 1.8% in the last twelve months, while gas has actually fallen 7.4% in the last month alone.

Although gas prices appear on a slight downward trend for the time being, with the prediction of slight gains on the year, Kiplinger’s suggests that the diesel market is going to rise at a much steeper rates. “Stocks of distillate fuel – which includes diesel and heating oil – are at low levels, and supplies will get tighter as winter wears on.” They are predicting the average price for diesel, currently at 3.95 per gallon, will reach 4.25 before Spring arrives in full.

As discussed in our Construction Market Forecast, consumer confidence is at its highest in five years, and with the positive numbers projected for the housing market and rising employment rates, confidence should only increase. Increases in home buying will mostly push prices up slightly, and new predictions from the recent release of The McGraw-Hill Construction Report indicates that “total U.S. construction starts for 2013 will rise 6% to $483.7 billion, slightly higher than the 5% increase” that was estimated for the 2012 calendar year. This heightened climate of construction, along with the fact that lower interest rates will stretch the dollars available to home owners, will help to bolster sales at industrial and construction distributors across the nation, as projects will overall require more materials, and more expensive materials, than ever before. This will also boost employment numbers as new projects get off the ground in the Spring.

However, it all depends immensly on the resolution of the fiscal cliff. Steven Blitz, chief economist at New York-based ITG Investment Research Inc., says “The economy is frustratingly slow. In the face of uncertainty, people just put their hands in their pockets and stop, and we’re getting a fair bit of that.”

If companies and individuals can be assured of at least avoiding a recession in the economy over the next year, we should see some more positive news and numbers for 2013.

Today in Manufacturing has a new podcast brought to you by the editors of Industrial Media. In each episode, we discuss the five biggest stories in manufacturing, and the implications they have on the industry moving forward.
Mar 2nd, 2021