Despite flying below the radar for many years, Shively Bros. has lately become a company to watch. As many of their competitors were scaling back, Flint-based Shively was propelling forward—even cracking The Big 50 List for the very first time in 2011.

Despite flying below the radar for many years, Shively Bros. has lately become a company to watch. As many of their competitors were scaling back, Flint-based Shively was propelling forward—even cracking The Big 50 List for the very first time in 2011.

Based on its name, you can easily assume that Shively Bros. is a family company. But what wouldn’t be so easy to determine, once you entered their Flint, MI-based headquarters, is who among this group is actually related. They all seem like family and, in essence, the entire staff is a Shively brother or sister, considering the company formally went ESOP in 1988. The ESOP (employee stock ownership plan) means each associate is empowered to make this 65-year-old company the best it can be… and it shows.

Historical Perspective
It all started following World War 2, when Scott Shively’s grandfather first launched a key line distributorship with a focus on cutting tools and abrasives. “Since then, we’ve focused on cutting tools and abrasives, and cutting tool management programs,” explains Shively. “That’s where our growth has been.”
The company deliberately tries to avoid using job titles — they feel this practice reduces barriers within the team and also with customers — but Scott Shively, as you might guess, has put in a year or two at this business. The great part about a family company is the perspective it allows for, and Shively can take an interested listener all the way through the history of this place—whether it be company “firsts,” or industry-wide pioneering. “We believe we had the first cutting tool management program for our largest customer in 1987, and we’d actually started a quality process in 1984 that was a forerunner of the ISO certification process for industrial distributors. We didn’t get certified until 1996, so we had a 12-year head start on that.”
It’s these long-entrenched quality processes that have helped facilitate the company’s aggressive growth, most recently of ten new branches in five short years. Without the “cookie cutter,” as Shively calls it, the company would not have possessed a way to model each new development, based on the successful formula it’s cultivated over the years.

Expansion
This formula, however, is not the only trick in Shively Bros.’ bag. The company has also been flexible enough to take the risks they deemed warranted, and much credit for this agility comes back to the ESOP program.
“I think our ESOP management structure enables us to be very responsive to the customer,” says Shively. “We don’t focus on financial quarterly results, or stock price issues; we focus on customer growth and retention—and, bottom line, profitability.”
This ability to respond to the customer has taken Shively Bros. into both Canada and Mexico, and, at times, followed a few key accounts in and out of murky waters—but all with the support of a team of people who were up for the challenge. “It’s really a bottom up strategy instead of a top down strategy. The customer really runs our business for us, and the people that are closest to the customer are the ones who really engage us in our change,” Shively says of the relationship.
And it’s always a team decision, empowered by an ESOP program that rewards employees for their sound business acumen. “We know that we’re employee-owners, and we know we all have a stake,” says Shively’s Candace Stowell. Adds her colleague, Marty Kenney, “We’ve had a group of people who have been willing to train, travel, and make this all happen.”

Big 50, Big Growth Opportunities
It was a year of big news for Shively Bros., as the company cracked the Industrial Distribution Big 50 List at #49, a goal for the team to show their customers that they’re in business with the big guys.
“We’ve always tried to maintain a low profile,” says Shively. “That served us well for a lot of years, but as we’ve grown and we’re now looking at other larger customers, we found it important, in order to be taken seriously.”
In addition, Shively Bros.—a founding member of the Affiliated Distributors Industrial Division (an organization who’s mission is to help independent distributors compete with national chains)—has been the recipient of three of the organization’s awards in the past four years. This past October, the company was named an AD “Affiliate of the Year” for the second time.
These accolades are more than just an array of trophies lining the conference room, however. They’re the results of the critical responses the company has made to customer needs—a tall order that yields results proportional to the inherent risk in making big decisions. Shively credits some of it as being in the right place at the right time, but it was also a team-led decision to participate in some unique growth opportunities. “We want to be ready to participate,” says Shively. “Because some of these things don’t happen but once or twice in your career.
“We recognize that, as we grow, our customers are going to expect more from us. That’s why we’re international—because that was important to our key customers,” Shively says. “We focus on distribution and commodity management activities; we know that they have other initiatives that are important to them, so we have strategic alliances with the integrated supply offering, and also a strategic alliance with a diversity company.”

We Can Do That
The folks at Shively Bros. have a lot of success and experience under their belts, but humility prevents them from tooting their own horns. Shively hesitates to dole out recommendations to others, but cites an old Shively Bros. rule of thumb: Never tell the customer “No” if you can help it.
“Far be it for us to give advice to other companies, because we continue to learn every day ourselves. But I think the things that we’ve done that have helped us have been to stay as close as we can to the customer and look at ourselves as being an extension of the customer, if not part of the customer—and to maintain the philosophy of ‘we can do that,’” explains Shively. “And the quicker that you can tell the customer you can do that, the better.”
Adds Stowell, “One of the things I’ve noticed about Shively

Bros. that you maybe don’t see elsewhere in the industry is our creativity. Like Scott said, we like to say ‘Yes, we can do that,’ (for the customers). Quite often we have to sit down and figure out how. We brainstorm and creatively figure out how we’re going to exceed those customers’ expectations.”
This can-do attitude has translated into some unique, high end capabilities for a cutting tool distributor, including the ability to pre-set tools both in-house at Shively Bros. and onsite at the customer’s location, a niche the company got into 14 years ago. “We’re offering our customers additional services that others aren’t. We aren’t merely moving tools,” says Shively’s Paul Henderson. “That’s a big reason why we’re still here and still doing well.”
Another way the company is working outside the box is in trying to offer more MRO services to its medium-sized customers. As these customers work with Shively Bros. on cutting tool programs, they’re looking for the team to fulfill those types of needs. The results of this customer need is iBuySBI, an online catalog that enables Shively Bros. to offer its largest suppliers products, and also fulfill mid-level MRO requirements. Currently, the company is working on an add-on feature to iBuySBI with specific suppliers having their own catalog. These types of solutions come from the need for creativity that Stowell alluded to: When Shively Bros. found that most out-of-the-box software solutions didn’t work for them, they had something custom-built. Another custom-made application is SBiTrade, a new product the company is launching for its commodity management customers. This add-on module to the existing inventory management software allows for Shively customers to make online spot-buy purchases.
Shively’s technological reach also extends back to 1987 when the company made it’s first foray into the vending niche. Being ahead of the curve on this technology fed the knowledge base at Shively and created another niche area where they were able to leverage their experience for customer gain.
“We were 20 years ahead of (the industry),” says Kenney. “Today, it’s a common thing; vending is everywhere. But it wasn’t widely accepted back then.”
Adds Shively, “We learned from it, and since then we’ve become experts in vending, and deal with five or six vending companies and their own unique software.”

Change Is Good
Looking ahead, the company is optimistic about its opportunities, especially those in its home state of Michigan. With a heavy footprint in automotive, Shively Bros. has a lot to look forward to if the positive numbers coming out of Detroit are sustained. But for Shively, it’s not just consistency that makes a company stronger.
“Change is good, and we try to look at things positively instead of negatively,” he says. “Usually when there is change, there are opportunities. Sometimes they can initially be scary and maybe threatening, but if you persevere, you can find the opportunities and usually carve out a niche for yourself.”

Selling more while spending less compared to field sales sounds great, but it is much easier said than done.
Apr 27th, 2021 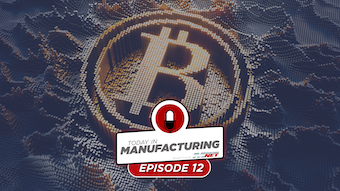 Even once the pandemic subsides, many the selling adjustments it caused will remain at least in place. Here's how to adjust your team's approach to fit today's reality.
Apr 23rd, 2021

Despite the pandemic, Würth Industry North America has made several recent acquisitions and greatly boosted its additive manufacturing capabilities. Here, we speak with WINA's CEO on how the company has managed all the moving pieces.
Apr 21st, 2021
Follow Us
Most Recent