Growth had steadily slowed from June through September, but has picked back up as fastener sales continue to climb back. 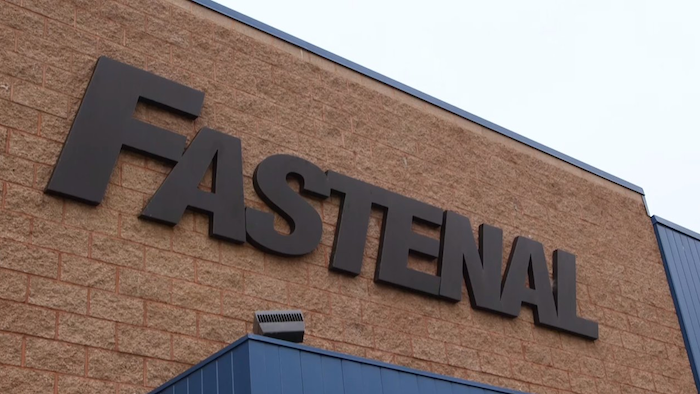 The Winona, MN-based company — No. 5 on Industrial Distribution's 2020 Big 50 List — reported total November sales of $413 million, up 6.8 percent year-over-year (YoY), with daily sales up by that same amount. That follows a 4.1 percent daily sales gain in October, showing a considerable fall improvement after growth had steadily slowed from 9.5 percent in June to 2.2 percent in September.

As far as product mix in November, safety still by-and-far led the way for Fastenal with 35.9 percent YoY growth, even stronger than the 32.0 percent it had in October and far above the 10.9 percent growth in safety products sales a year earlier. Like daily sales, safety had steadily slowed each month since peaking at 136.3 percent growth in May, at the height of business' early response to the COVID-19 pandemic. That safety sales growth figure had decelerated to 38.0 percent in July, 35.1 percent in August and 30.0 percent in September before increasing again these past two months.

Meanwhile, sales of Fastenal's fastener products continue to steadily regulate. After bottoming out at a -22.5 percent decline in April amid Fastenal customers prioritizing PPE procurement, the company's fastener sales improved to -7.5 percent by July, -7.3 percent in August, -6.1 in September and -4.7 percent before a notable jump to -1.7 percent in November. For context, Fastener sales were at 5.0 and 7.0 percent YoY growth in January and February 2020, respectively, before the pandemic ramped up in March.

Fastenal ended November with a total headcount of 20,357, down 67 from October and down 7.6 percent YoY.