The modest month-to-month decline was despite solid readings in the FDI's salex index and six-month outlook. 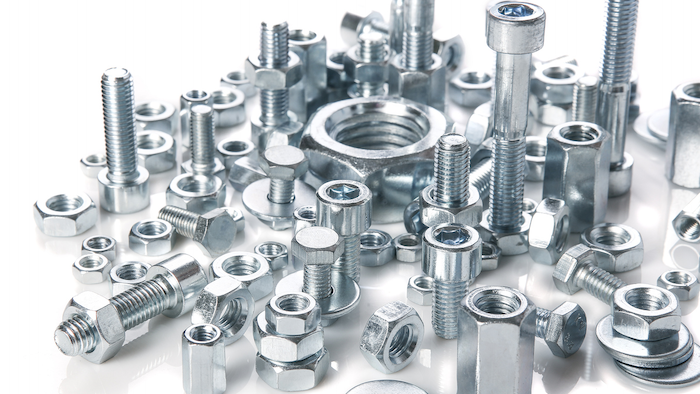 The FDI — a monthly survey of North American fastener distributors, operated by FCH in partnership with R.W. Baird — showed a seasonally-adjusted November reading of 54.5, down 2 percentage points from October. That figure recently topped out at 56.9 in June before falling into the negative at 49.2 in August, but has rebounded shortly after.

For the index, anything above 50.0 indicates expansion and anything below 50.0 indicates contraction. Thus, November's reading indicates that the fastener distribution market continued to expand last month, albeit at a slower pace than in October.

The month-to-month decrease came despite continued strong readings in the FDI's Forward-Looking-Indicator (FLI), which measures distributor respondents' expectations for future fastener market conditions. At 63.2, the November FLI was down 1.3 points from October but was its third-straight month with at least a 60.6 reading after a recent low of 53.1 in August.

"As last month’s FLI was the highest recorded since January 2018, we were not surprised to see the FLI settle down some in November," commented David Manthey, CFA and R.W. Baird analyst. "That said, with the FLI well above 50, customer inventories getting increasingly low, and continued improvement registered in respondents’ six-month outlooks, we believe the FDI should see additional expansionary readings ahead, implying continued m/m improvement even though sales trends may remain down on a y/y basis for many respondents."

Looking at expected activity levels over the next six months, sentiment continued tp strengthen in October: 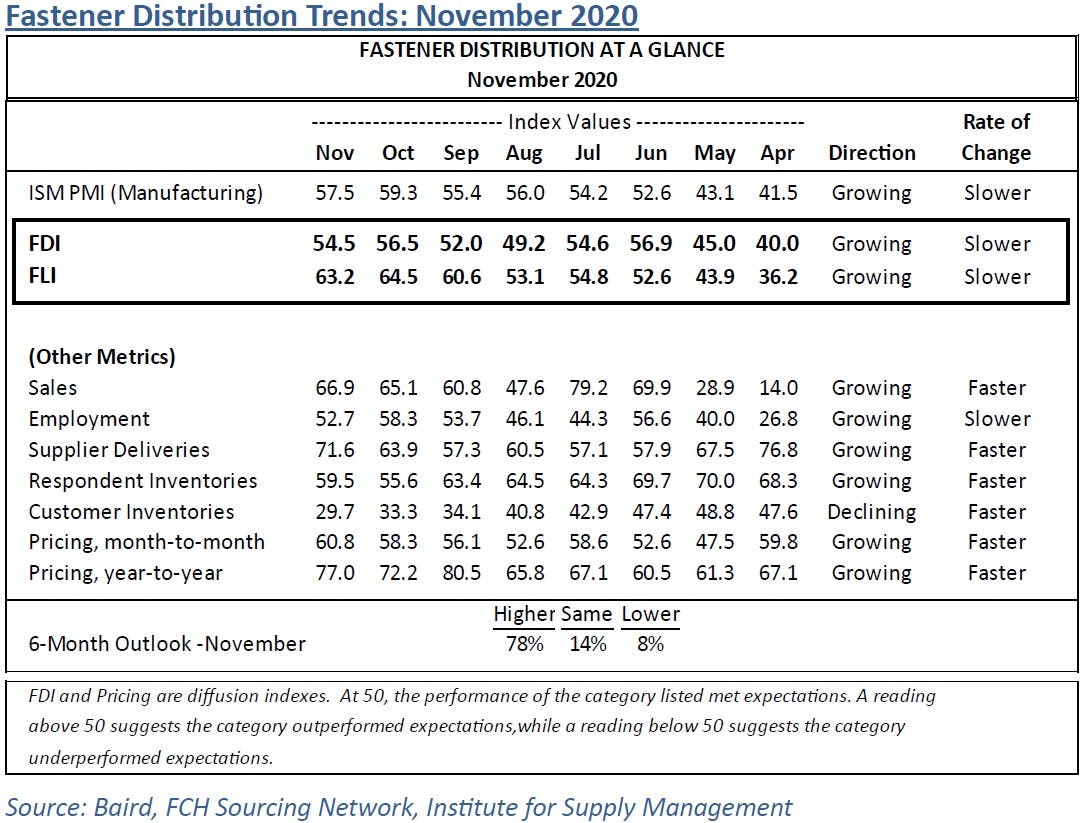