It was the first full quarter with newly-acquired Anixter, which also nearly doubled WESCO's operating profit. 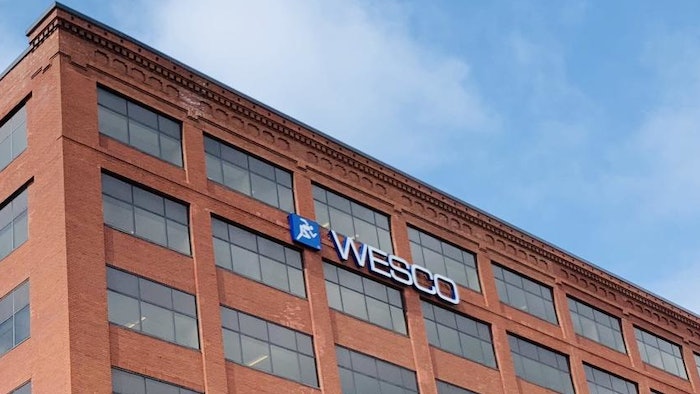 WESCO International reported its 2020 third quarter financial results on Thursday, recapping the first full quarter that included the results of recently acquired Anixter International. And as Anixter was roughly the same size as WESCO prior to the merger, revenue-wise, it likewise spiked the latter's Q3 sales figures.

By WESCO business segment in Q3:

"WESCO’s new era is off to an exceptional start," said John Engel, WESCO chairman, president and CEO. "As the premier electrical, communications and utility distribution and supply chain solutions company in the world, we are very well positioned to capitalize on the accelerating secular trends of electrification, increased bandwidth demand driven by higher voice, data, video and mobile usage, and the digitization of our B2B value chain. Building on our positive momentum, we are looking forward to entering 2021 with accelerating results."