CEOs across the country are preparing to tell investors how they fared from April through June, and the forecast is uniformly dismal. 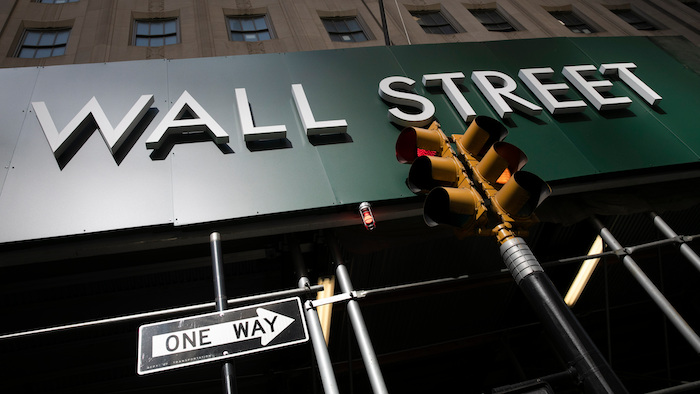 In this June 16 photo, a sign for a Wall Street building is shown in New York. Earnings reporting season is about to get underway for big companies, and the forecasts are grim. Wall Street expects S&P 500 companies to report profits plunged by the most since the depths of the Great Recession during the second quarter.
AP Photo/Mark Lennihan

NEW YORK (AP) — Like that last roll of ultra-thin toilet paper left on the shelves or the latest Star Wars movies, it’s tough to be disappointed in something when expectations were low to begin with. That’s how Wall Street is approaching the upcoming earnings season for companies.

CEOs across the country are preparing to tell their investors in upcoming weeks how they fared from April through June, and the forecast is uniformly dismal. The quarter coincided with the height of lockdowns ordered by governments to slow the spread of the coronavirus pandemic, which bludgeoned the economy into a sudden recession.

As job losses mounted, analysts repeatedly cut their forecasts for corporate profits. Now, they say profits for big U.S. companies in the S&P 500 plummeted about 44% from a year earlier. If they’re right, it would be the steepest drop since a 69% plunge during the depths of the Great Recession at the end of 2008, according to FactSet.

Earnings reporting season gets underway in earnest on Tuesday, when Delta Air Lines and several of the country's biggest banks are scheduled to release their results.

To see how swiftly the bottom gave out, consider Delta. When the quarter began in April, Wall Street was forecasting a loss as fliers nervous about the new virus increasingly stuck to the ground. They were looking for a loss of $2 per share.

But by mid-April, TSA checkpoints at airports were seeing only 5% of the passenger levels of a year earlier. Now, Wall Street forecasts Delta lost $4.31 per share for the quarter, a whiplash turnaround from its profit of $2.35 per share a year earlier, according to FactSet.

Given the uncertainty created by the pandemic, many CEOs have abandoned their forecasts for second-quarter results, which could leave Wall Street’s estimates more inaccurate than usual. More than 400 of S&P 500 companies have failed to provide guidance to analysts for the quarter, according to Mark Hackett, Nationwide’s chief of investment research.

Earnings reports tend to matter deeply to investors because corporate profits are the lifeblood of the stock market, with prices tending to track the path of earnings over the long term. The good news for markets is that investors may not care as much this time around.

The economy has already begun to show some signs of improvement, with the job market, retail sales and other areas beginning to grow again after a precipitous plunge.

That has many investors looking beyond the results for the second quarter, which analysts say should mark the bottom for earnings declines, and ahead at the prospect of a return to growth in early 2021. Of course, just like with the economy, forecasters say it could take years for corporate earnings to return to the levels they were at before the pandemic.

Nevertheless, the S&P 500 has stormed higher since late in the first quarter, nearly all the way back to its record level, based in large part on such patient hopes.

Low expectations for this earnings season also mean CEOs have an easier hurdle to jump. A handful of companies have already seen big leaps for their stock prices after saying they expect to report results that weren’t quite as bad as Wall Street had forecast.

On Monday, for example, miner Freeport-McMoRan said it sold more gold and copper during the latest quarter than expected. Even though it still expects to report a small net loss, its stock surged nearly 11% following the announcement.

Strong results from some early reporters, along with improving economic data and other measures, mean analysts at BofA Global Research say this earnings reporting season could offer “a healthy beat,” compared with expectations.

But that doesn't mean CEOs have the all-clear. Because investors are so willing to give a mulligan on profit growth this quarter, and perhaps for a couple more, they’ll want to know how CEOs plan to turn their ships around eventually.

“Positive forward-looking commentary is necessary to keep this rally going, in our view,” BofA Global Research analysts wrote in a recent report.