DistributionNOW has increased its sales and earnings in nearly every quarter since the middle of 2016, and that continued in the first quarter of 2018 as the company posted a long-awaited return to profitability. 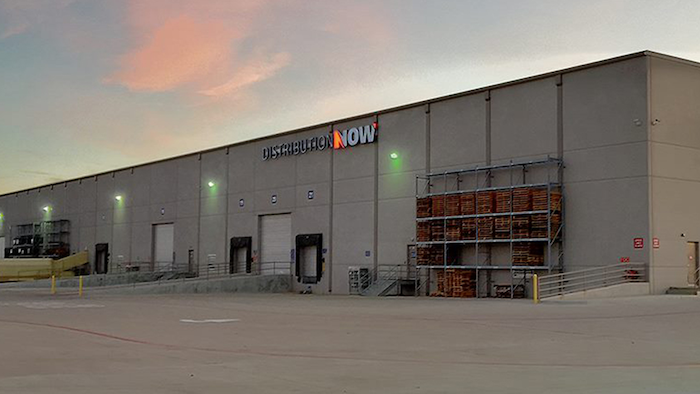 Houston-based NOW Inc., which does business as DistributionNOW, reported its 2018 first quarter fiscal performance on Wednesday, which showed continued strong year-over-year (YoY) sales gains, and the company's first net profit since the fourth quarter of 2014.

DNOW — No. 13 on Industrial Distribution's 2017 Big 50 List — posted Q1 total sales of $764 million, up 21.1 percent YoY and up 14.2 percent sequentially. It was the company's best sales quarter since Q1 2015 ($863 million). It was also the company's fifth-straight quarter of YoY sales growth, which followed 11 straight quarters of decline that dated back to the company's 2014 inception when it spun off from National Oilwell Varco.

DNOW had a net profit of $2 million in Q1, marking its first positive net income in more than three years. DNOW's net loss reached a whopping $249 million in Q4 2015 when oil prices and rig counts reached their lowpoint, but that loss decreased in most quarters since (-$3 million in Q4 2017). The company's Q1 operating profit of $7 million likewise compared with a $23 million loss a year earlier. DNOW's Q1 profit margin was 19.4 percent, following marks of 19.1 percent in Q4 2017 and 18.1 percent back in Q1 2017.

"The impressive results produced in the first quarter signal a great start to 2018," NOW Inc. president and CEO Robert Workman said. "We are focused on strategically growing the business by targeting more lucrative opportunities and continuing to deepen our relationships with customers, while minimizing operating expenses, to deliver value to our shareholders as the market expands."

DNOW said it expects 2018 full-year sales growth in the low double-digit percentage range, with the top-end of that forecast in the high-teens — up from the mid-teens the company put the high-end range at in its Q4 2017 report.