We're in the midst of another fiscal earnings reporting period, with many well-known industrial distributors and suppliers posting their latest quarterly performance. Here's a roundup of the key figures posted by WESCO International, Timken, Air Liquide, Ingersoll-Rand and Praxair. 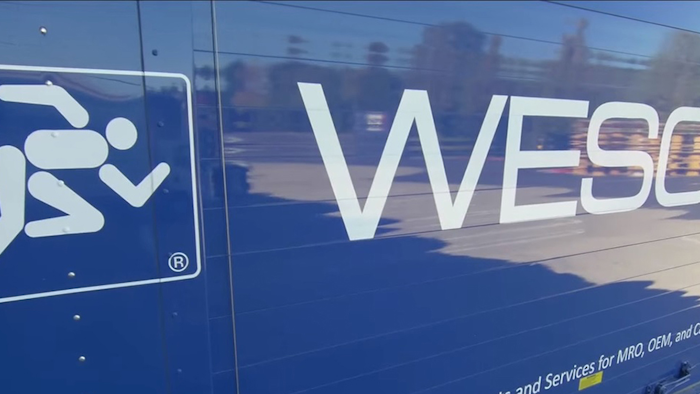 We're in the midst of another fiscal earnings reporting period, with many well-known industrial distributors and suppliers posting their latest quarterly performance. Here's a roundup of the key figures posted by WESCO International, Timken, Air Liquide, Ingersoll-Rand and Praxair.

The company posted total Q3 sales of $2.0 billion, up 7.8 percent YoY, with organic sales up 8.6 percent — its best mark in more than 5 years. Sequentially, Q3 sales were up 4.7 percent from Q2 overall, and up 4.8 percent organically.

"Our third quarter results exceeded our expectations and reflect improving momentum in our business," said John Engel, WESCO chairman, president and CEO. "Building on our return to growth in June, our sales momentum accelerated in July and remained consistently high throughout the quarter and into October."

“We reported strong revenue and earnings growth in the quarter as we continued to see increased demand for our products and services globally,” Timken president and CEO Richard Kyle said. “We executed well, delivering strong organic growth and expanding operating margins both sequentially and year-on-year. We also strengthened Timken’s strategic position with the completion of the Groeneveld acquisition, our fifth acquisition in the last four quarters. Our organic growth initiatives and recent acquisitions are progressing well and will continue to deliver value for our shareholders.”

Mobile Industries sales of $422.8 million were up 19.7 percent year-over-year, driven primarily by the benefit of acquisitions, increased demand in the off-highway and heavy truck sectors and favorable currency, partially offset by lower automotive demand.

Process Industries sales of $348.6 million were up 14.6 percent year-over-year, driven primarily by increased demand in the industrial distribution and heavy

The company's Gas & Services segment had $5.66 in Q3 sales, up 4.0 percent comparably. That considerably outpaces Q2's growth of 2.7 percent, despite a limited impact from the recent U.S. hurricanes. Excluding that impact, the segment's sales grew 4.4 percent. Published sales grew 0.1 percent. The company's Industrial Merchant market grew 4.3 percent in Q3, with higher liquid gas and cylinder volumes pricing up slightly at +1.3 percent. The Large Industries market was in line with second quarter growth at 2.0 percent.

The Airgas portion of Air Liquide's total business referred to as its Industrial Merchant and Healthcare units in the U.S. Air Liquide said Industrial Merchant sales in the Americas grew 3.8 percent in Q3, and 4.2 percent excluding the impact of hurricanes. Liquide gas and cylinder volumes were up in the U.S. and Canada. Healthcare sales grew 4.8 percent in the Americas, driven by solid growth in Canada, which benefited from bolt-on acquisitions.

Danbury, CT-based gases supplier Praxair reported Q3 sales of $2.92 billion, up 8 percent year-over-year. The company said it had higher volumes across all geographic segments and growth in all end markets.

It's the sixth factory closure for Kennametal since July 2019, which began major cost cuts even before the pandemic arrived.
Aug 3rd, 2020
Follow Us
Most Recent