As workers across the globe struggle to stay afloat, distribution industry employers take measures to remain competitive. But how long will the benefits last? Find out in our latest Salary Report.

One of the top concerns facing employers in almost every industry is the same: talent. While many hoped the impacts of the Great Resignation would be overstated, the mass exodus of workers in 2021 began to coincide with record inflation, leaving a clear objective: in order to keep key workers and recruit new talent, companies would need to pay up.

The impacts that job hopping and inflation are having on the workforce have employers digging into their pocketbooks more than ever. According to the Bureau of Labor Statistics, wages and benefits increased 4% in 2021 — the biggest increase in over 20 years. Not to mention, a report by private research group Conference Board at the start of this year said companies are setting aside an average 3.9% of total payroll for wage increases in 2022.

Although we publish our annual Salary Report at the same time each year, something feels different this time. Discussions on salary have moved from the annual review to the here-and-now, and employees are wielding their upper hand to push for what they feel they’ve earned. And based on the results of this year’s survey, distributors appear to be listening.

The 2022 ID Salary Report is based on a survey distributed via email, conducted throughout the month of June. The results are divided into three separate categories based on where respondents identified their specific job functions.

The following results are based on three separate sets of data from Executives (Owner, Chairman, CEO, CFO, CIO, COO, President or VP); Mid-Level (non-sales) Management (Product, Operations, Branch and/or Purchasing); and Sales Representative/Manager. This year’s split of respondents came in at 39 percent executives, 36 percent mid-level management and 25 percent sales rep or sales management. Overall, 83 percent of respondents were male, and the pool’s age breakdown was split at 11 percent under 40 years old; 19 percent at 41-50; 35 percent between 51-60; and 34 percent above 60.

Ninety percent of the executives who responded to our survey are male, and a full 70 percent of the overall pool is age 51 or older. This group tends to have the most education – 75 percent have a bachelor’s degree or higher – and also has the highest salaries.

This year’s respondents reported an average salary of $179,000, an increase over last year’s reported base of $152,000. The executive group also reported additional compensation – including commissions, bonuses, company contributions to a retirement fund, stock options and profit sharing – of around $101,000, which is up only slightly for 2021. Taken together, the overall compensation average comes to $280,000 annually. This suggests compensation is trending back up from the erosion we may have seen in the pandemic years. For example, 2017 and 2018 averages were in the $280,000-$290,000 range, compared to 2020 and 2021, where we saw the overall pay package settle between $249,000 and $266,000.

While the base salary for this group has exhibited a sizable increase, executives have also been rewarded for improved company performance in the past year as many exited the pandemic slowdown and have been managing a strong industrial market. And while 57 percent of this group received a raise in the past 12 months – lower than the overall average in all job categories – 52 percent were awarded merit-based increases versus a standard cost-of-living bump.

This group is also highly likely to feel satisfied with their level of compensation: 87 percent say they feel fairly compensated, compared to 70 percent of the respondent pool from all job categories. This satisfaction comes despite the fact that a full 67 percent have seen the demands of their job increase in the past 12 months.

Other executive segment notes include the following:

Our executive level respondents also shared the following comments about their compensation:

Our group of respondents from non-sales management positions report an increase in base salary of between 6 and 7 percent – from about $88,000 on average last year to $94,000 this year. This comes with additional compensation earned via benefits like stock options and bonuses of an average around $20,000, bringing this pool’s typical overall package around $114,000. This number is smaller than last year, though changes in the pool appear to reflect a smaller group who received commission as a significant and consistent benefit.

The group of managers, who often represent purchasing, warehouse or other development roles, tends to oversee business functions rather than people. Only 6 percent manage 20+ employees. Instead, 31 percent say they don’t supervise anyone, and 39 percent say it’s five or fewer.

Seventy-three percent of this group say they’ve received an increase in compensation over the past 12 months, higher than the overall respondent average of 67 percent. This group was most likely to receive a merit-based increase instead of a cost-of-living bump based on inflation. In fact, 9 percent characterized their raise this year as “sizable.” The majority of this group – 64 percent – believe they are well-compensated.

That said, the 36 percent who don’t contrasts a much smaller percentage of the executive group who says the same (13 percent). Clearly, there are differences in the rate of pay between these roles, but it’s clear from this group’s survey comments that they feel their employers still have some ground to make up. One respondent cites dissatisfaction because they “do more than one job for the last three years.” Adds another: “I don’t have an opportunity to earn commission on specific attainable goals.”

This group also seems a bit insecure in their salary and benefits going forward, with 12.5 percent saying they believed they could see cuts in the coming year, and another 12.5 percent saying they were unsure. This is slightly higher than what the executive-level pool speculated and also suggests an overarching concern over economic conditions, considering 98 percent of mid-level managers did not see compensation or benefits cuts this year.

Eighty-one percent of mid-level managers responding to our survey believe that the demands of their job have increased in the past year, and 15 percent say they’ve stayed the same. Based on their commentary, it seems some are feeling the pressures of workforce gaps, forcing them to juggle extra responsibilities without feeling they are well-compensated for it. Perhaps for the same reason, this group is also far less likely than their executive counterparts to believe their companies pay well enough to recruit top talent. In fact, more than half (52 percent) say their companies’ pay rates aren’t adequate to meet the challenge.

Other mid-level management segment notes include the following:

Our mid-level management respondents also shared the following comments about their compensation:

The segment in this report that applies to salespeople tends to include the most variability, considering the different compensation strategies across distributorships. This group tends to have the lowest base salary with the overall pay package boosted by commission. This year was no exception, with a base salary reported, on average, of $85,000, a modest uptick from last year’s average of $79,000.

Fifteen percent of survey respondents in this category characterize their commission earnings as a large part of their salary, with 21 percent describing it as attainable and a motivating factor in their performance. Conversely, 12 percent described their commission goals as “unattainable and a source of stress.” The average reported additional compensation, including commissions, bonuses, stock options and the like, comes in around $30,000, bringing the overall compensation package for this group in at $115,000.

Seventy-two percent of salespeople and sales managers have received a bump in their compensation over the past 12 months with most (61 percent) revealing they’ve received a merit-based increase that’s either standard or sizable. Not a single respondent in this category said they have received a benefits or compensation cut in the past year. Despite this strong showing on behalf of employers, salespeople are also the most likely of our respondent groups to express concern for the coming year. Specifically, 19 percent say they fear potential pay or benefits cuts in the coming year, and another 8 percent say they’re unsure.

At least for now, 53 percent feel they are fairly compensated for their efforts, which essentially falls in line with the sentiment shared last year. What’s interesting is that this hasn’t improved, despite 42 percent expecting a raise this year and 72 percent actually getting one. Perhaps it comes down to average employees taking on extra work to compensate for talent gaps: 71 percent say their responsibilities increased over the last 12 months, and not a single respondent said they decreased. Much like the mid-level managers, it seems likely these salespeople aren’t as optimistic about their company’s competitive pay package when they’re the ones holding the water: 53 percent say their employer’s pay doesn’t stack up as a recruiting tool.

Other sales/sales management segment notes include the following:

Our sales/sales management respondents also shared the following comments about their compensation:

The results of this year’s survey come at a time of uncertainty. With multiple variables – from supply chain and geopolitical challenges to worker shortages and inflation – impacting distributors, it seems companies in our sector are taking a hard look at their workforce and assessing what it takes to retain them.

The last few years of this report have skewed negatively in many ways as workers from each tier of the distribution company workforce expressed frustration, concern and impatience as the demands of their jobs increased. For many, the pay did not come along with it, but this year’s report offers a glimmer of hope that the distribution industry is committed to keeping pace with the needs of the workforce. More respondents reported feeling fairly compensated for their efforts; likewise, two-thirds of respondents reported a pay increase, which eclipsed the number who were expecting a raise (and by a wide margin): last year, 57 percent of execs, 50 percent of mid-level managers and 42 percent of sales reps said they expected a pay hike.

While this is a positive step forward, it’s clear that distributors – like all businesses – are dealing with a moving target. Far and away the biggest complaint we heard from surveyed workers in our industry had to do with inflation, and how pay increases were being eaten up by the rising costs of goods. With that in mind, the memory of a relatively recent small to moderate pay increase may be quick to fade, with inflation (and added responsibilities) serving as a ticking clock until your workers will be expecting the next one. 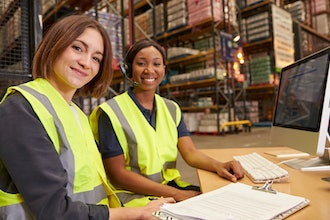