The company says strong volume growth and positive operating leverage in the U.S. business were the primary drivers of its results.

"We were pleased with the overall performance of the business in the quarter," said Chairman, President and Chief Executive Officer Jim Ryan. "Strong volume growth and positive operating leverage in the U.S. business were the primary drivers of our results. We were encouraged by better top line growth in Canada this quarter, but margins remain under pressure due to currency and additional investments. Outside of North America, we were disappointed with the performance of several multichannel businesses and are committed to improving or exiting those operations."

Company operating earnings increased 11 percent to $386 million for the 2014 third quarter versus $347 million in the prior year. The increase was driven by the 7 percent sales increase and positive expense leverage, partially offset by lower gross profit margins.

Grainger has two reportable business segments, the United States and Canada, which represented approximately 88 percent of company sales for the quarter. The remaining operating units are located primarily inAsia, Europe and Latin America and are included in Other Businesses and are not reportable segments. Results for the company's single channel businesses in Japan, the United States and Europe are also included in Other Businesses.

Sales for the U.S. segment increased 7 percent in the 2014 third quarter versus the prior year. Results for the quarter included 2 percentage points from acquisitions, net of dispositions. Excluding acquisitions, organic sales increased 5 percent driven by 6 percentage points from volume, partially offset by 1 percentage point from lower sales of seasonal products. Sales growth to customers in the Heavy and Light Manufacturing, Commercial, Retail and Natural Resources customer end markets contributed to the sales increase.

Operating earnings in Canada declined 14 percent in the 2014 third quarter, down 10 percent in local currency. The lower operating performance was primarily the result of a lower gross profit margin and negative expense leverage. The gross profit margin in Canada declined 1.5 percentage points versus the prior year primarily due to unfavorable foreign exchange from products sourced from the United States, lower supplier rebates and higher freight costs. The increase in operating expenses was primarily driven by higher payroll, occupancy costs and incremental costs from the acquisition of WFS Enterprises, Inc. on September 2.

Other Businesses: Sales for the Other Businesses increased 16 percent for the 2014 third quarter versus the prior year. This performance consisted of 18 percentage points of growth from volume and price, partially offset by a 2 percentage points decline from unfavorable foreign exchange. The sales increase was primarily driven by the single channel businesses, MonotaRO in Japan and Zoro in the United States, and from the business in Mexico.

Operating earnings for the Other Businesses were $5 million in the 2014 third quarter versus $6 million in the 2013 third quarter. The earnings decline for the quarter versus the prior year was primarily driven by incremental expenses associated with the start-up of the single channel business in Europe and continued soft performance from the multichannel business in Europe (Fabory). This decline was partially offset by improved performance inMexico and continued strong results from the single channel models in Japan and United States and narrowing of losses in China. 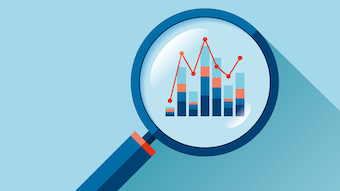 How can distribution leaders help their sales teams adapt to this new environment of selling and customer expectations? The answer lies in leveraging customer data.
Oct 19th, 2021

Today, sales staff can understandably get lost in the mire of data. Simplifying the organization with accurate planning is the ultimate goal.
Aug 11th, 2021
Follow Us
Most Recent