Fersa Bearings S.A. made official the purchase of 100 percent of the Austrian company NKE Austria GmbH on Oct. 19, 2018, at a ceremony held in the city of Linz, Austria. 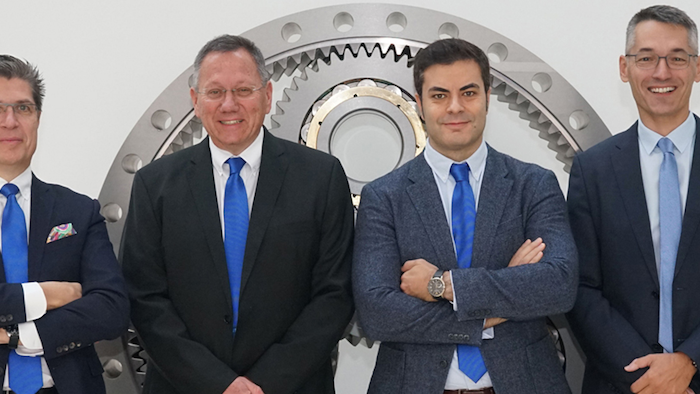 Steyr, Austria — Fersa Bearings S.A. made official the purchase of 100 percent of the Austrian company NKE Austria GmbH on Oct. 19 2018, at a ceremony held in the city of Linz, Austria. The event was attended by Carlos Oehling, Chief Executive Officer of the Fersa Group, Thomas Witzler, Managing Director of NKE Austria, and the former members and founders of NKE, Harald Zerobin and Heimo Ebner.

Fersa Bearings has now completed the operation that began in 2016, when the Spanish company purchased 49 percent of the NKE shares. With the acquisition of the remaining 51 percent, the Austrian company is now wholly owned by Fersa and the business group is definitively consolidated, with two commercial bearing brands: Fersa for the automotive sector and NKE for the industrial sector. Fersa has not ruled out incorporating new brands into its portfolio in the near future.

The merger strengthens the group’s presence in central Europe – part of the company’s commitment to the internationalization that Fersa Bearings began in 2002 with the acquisition of shares by investment capital firm Going Investment. Since then, the company has evolved into a group with four cutting-edge production centers, six distribution centers and four R&D centers – two in Europe and two in Asia –, supporting Fersa’s global presence in more than 95 countries on five continents with a workforce of more than 500 employees.

The impact of Fersa’s entry into the NKE business has been very positive from the start. NKE has gone from billing 17 million euros in 2015, with a negative EBITDA, to an expected closing forecast of 25 million euros in 2018 and an EBITDA of almost two million euros. Its momentum has been driven by a strong investment in its engineering capacity and its presence in Asia, which has consolidated NKE’s image as a premium-level manufacturer.

The two bearing manufacturers combine their strengths and competencies to consolidate their position as strategic bearing suppliers for original equipment manufacturers and distributors in the various market segments in which they operate. The business group plans to invest further in its facilities worldwide, especially in the current digitization process and the expansion of its production and logistics capacities. “Investments in the NKE facilities in Steyr, Austria, include a new fully automated production line to meet the demands of European OEMs with a philosophy of production in the region for the region,” says Thomas Witzler.

For its part, Fersa Bearings continues to strengthen its headquarters in Zaragoza, Spain, including the construction of a new 5000 square-meter warehouse with two new automated manufacturing lines at an investment expected to reach 16 million euros in 2020. 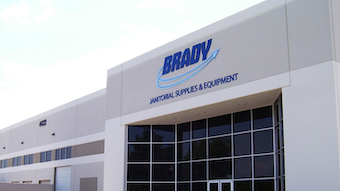 Bought through Incline Equity Partners, Master is a distributor of channel and pipe fittings, along with related fasteners and accessories.
Sep 1st, 2020

Not Resting, CD&R Will Acquire Epicor for $4.7 Billion

St. Louis-based TricorBraun gains a like distributor serving primarily the industrial and food markets in the US Mountain West and Northwest.
Aug 27th, 2020

Builders FirstSource to Buy BMC Stock Holdings for $2.5B

It will create a building materials distributor with $11 billion in annual sales, soon to be led by BMC's current CEO.
Aug 27th, 2020 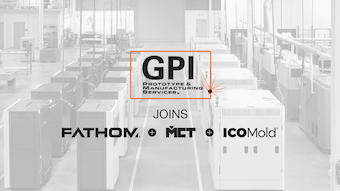 The acquisition moves FATHOM, ICOMold, GPI and Midwest Compost Technologies all under the same digital manufacturing brand.
Aug 21st, 2020
Follow Us
Most Recent