UBR is a wholesale distributor and fabricator of lightweight belting. Located in Carmichaels, PA, UBR is a trusted supplier for belt distributors throughout the country.

“UBR has been a friendly competitor and trusted supplier of Beltservice and a company we have long admired. Vernon Smith, President of UBR, has built a great business with amazing people. He is a true leader in the industry, and we are thrilled to be joining our efforts with Vernon, his son, Jim Smith – Vice President and Linda Berish – Vice President of Finance to bring their understanding, relationships, and insight to Beltservice,” said Ken Engelsmann, President of Beltservice. “UBR is a great fit because they believe as we do in a sales channel that supports Distributors rather than competing with them. This acquisition is about bringing two great companies together to better serve customers.”

The acquisition will further enhance Beltservice’s product offering and fabrication capabilities in lightweight belting which has been a strategic focus area for the company. For the foreseeable future, UBR will continue to operate as an independent subsidiary of Beltservice. In time the efforts of Beltservice and UBR will come together to best serve the needs of distribution. The facility in Carmichaels will remain dedicated to PU and PVC products and will be the centerpiece of all future lightweight belting efforts.

“Beltservice is the correct company to carry on UBR’s outstanding history of service to distribution. The Beltservice family and entire team operates Beltservice in much the same way Cumulus operates UBR. Just like Beltservice, our family-owned company cares for its employees”, said Stephen R. Cloud, Chairman of the Board at Cumulus Companies, Inc.

“Everyone at UBR is extremely excited to join the Beltservice team. Being part of Beltservice will allow UBR continued growth in the distribution market. Beltservice and UBR share the same focus of supporting distribution and together we will become a better supplier to our customers,” said Vernon Smith, President of UBR. 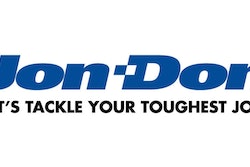