Turtle & Hughes announced Monday the acquisition of Associated of Los Angeles, a subsidiary of Steven Engineering, and one of the oldest and largest independent electrical distributors in the Los Angeles area. 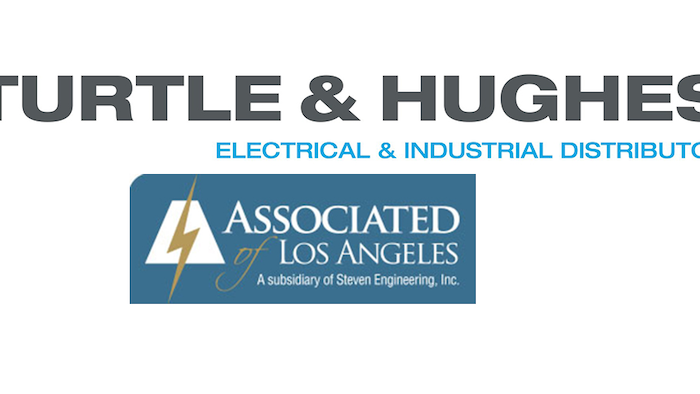 LINDEN, NJ — Turtle & Hughes announced Monday the acquisition of Associated of Los Angeles, a subsidiary of Steven Engineering, and one of the oldest and largest independent electrical distributors in the Los Angeles area.

“As Turtle & Hughes celebrates our 95-year legacy of quality service in the electrical distribution marketplace, the addition of Associated of Los Angeles creates a powerhouse of experience and industry knowledge for our customers. Its strong team of industry specialists extends the reach of our growing operations in Southern California and positions us to grow our business significantly while providing an unparalleled level of service,” said Luis Valls, President, Turtle & Hughes Electrical Division.

“It is with great pleasure that I welcome the employees of Associated of Los Angeles to the Turtle & Hughes extended family,” said Jayne Millard, Chairman and CEO, Turtle & Hughes. “Both of our companies have endured for close to a century by creating a legacy of integrity, trust and excellence, exemplified in our company cultures that value our customers and our people.”

Associated of Los Angeles began operations in 1928, and today it remains a premier distributor partner to these agencies, as well as to the international petrochemical industry. It is a primary contractor to several major entertainment venues and large manufacturers. As a premier supplier to the industrial and commercial markets, it offers quality products ranging from commodity lines to advanced technology.

Turtle & Hughes, established in 1923, is an independent woman-owned market leader in the Northeast with operations from Boston to Philadelphia, as well as in Texas, Louisiana and Southern California. Ranked No. 26 on Industrial Distribution's 2017 Big 50 List, the company services the industrial, construction, commercial, electrical contracting, export and utility markets. Turtle & Hughes Integrated Supply (THIS), a division of Turtle & Hughes, services Fortune 100 companies in the growing integrated supply market. It operates nationwide, and in Canada, Puerto Rico and Mexico.

The private firm acquired HD Supply's White Cap unit and Epicor in the second half of 2020.
Jan 4th, 2021
Follow Us
Most Recent