Ingersoll Rand reported its 2020 first quarter financial results on Tuesday, the first such report for the company since it was revamped through the merger of Gardner Denver with Ingersoll-Rand's Industrial business, completed Feb. 29. That acquisition relocated Ingersoll Rand's headquarters from Swords, Ireland to Davidson, NC, while the remainder of the former Ingersoll-Rand formed a pure-play climate company, Trane Technologies.

Ingersoll Rand — which has brands across product categories of compressors, lifting & material handling, power tools, blowers & vacuum pumps, fluid handling and more — reported total Q1 sales of $800 million, which were up 29 percent year-over-year. That major gain was primarily due to the Gardner Denver acquisition of Ingersoll-Rand's Industrial segment, as adjusted sales of $1.3 billion were down 15 percent.

The company took a net loss of $37 million in Q1, compared to a $47 million profit a year earlier.

These measures are expected to deliver $40 million to $50 million of cost savings in the company's fiscal 2020. 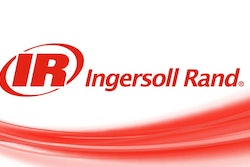