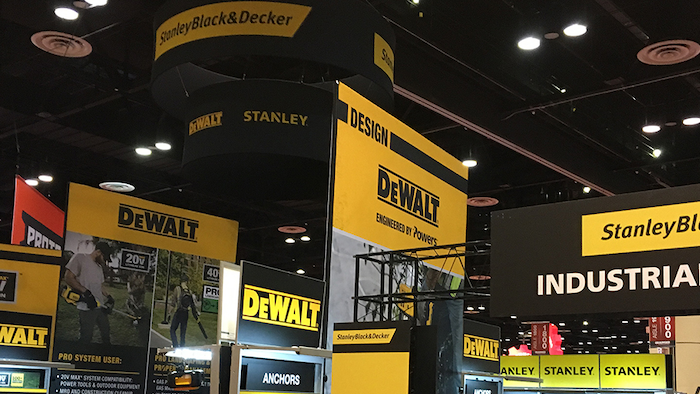 The company posted total Q2 sales of $3.64 billion, up 10.9 percent YoY, and up 13.5 percent from Q1's $3.21 billion. SBD had approximately 7 percent organic sales growth in Q2, with strategic pricing actions responsible for 1 percentage point of that, volume comprising +6 percent, acquisitions at +3 percent and currency at +1 percent.

"The underlying markets remain healthy and provide a favorable backdrop as we execute our robust pipeline of organic growth initiatives: the Lenox and Irwin revenue synergies, FlexVolt, emerging markets, e-commerce and the rollout of the Craftsman brand," said James Loree, SBD president and CEO. "We will continue to evaluate further near-term capital allocation actions to create shareholder value including acquisition opportunities and incremental share repurchases, consistent with our long-term capital allocation strategy.

"We are at a moment in time when company-specific growth catalysts, which are as strong as any time in 20 years, enable us to vault over difficult prior year revenue comps. At the same time, we are operating with the agility required to successfully navigate through a growing series of exogenous shocks, including cost inflation, FX volatility and tariffs."

Despite the strong overall YoY and sequential sales gains, SBD downgraded its previous 2018 outlook for a second straight quarter, citing its recently announced settlement with the Environmental Protection Agency to clean up a Superfund site. The company also noted foreign currency impacts and higher inflation expectactions from the impact of tariffs as negative factors toward its outlook.