WESCO's Industrial end market — 37 percent of its total business — increased 15 percent year-over-year in core sales, with organic sales up 12 percent in the U.S. 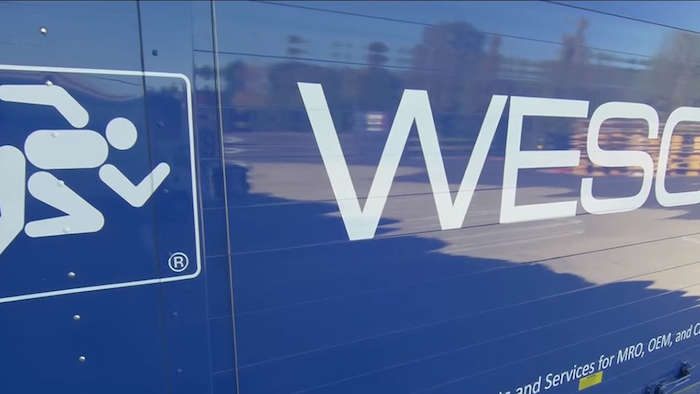 "Our fourth quarter results reflect continued positive and broad-based momentum in our business," said John Engel, WESCO chairman, president and CEO. "Building on our return to growth in June, our sales momentum accelerated in July and remained consistently high throughout the second half of the year and into January. Backlog grew sequentially versus the typical seasonal decline, and expanded to an all-time record level within the quarter. Operating margin was consistent with our outlook, while free cash flow generation was below expectations due to increased working capital to support our accelerating sales growth."

"We are pleased with our return to growth in 2017 and our positive business momentum to start this year," Engel said. "We expect favorable economic conditions and positive growth in our end markets to continue in 2018."

WESCO said its breakdown of products and services at the end of 2017 are: