The company's safety sales, up 120% year-over-year as recent as May, were down to a less stunning 35% in August. 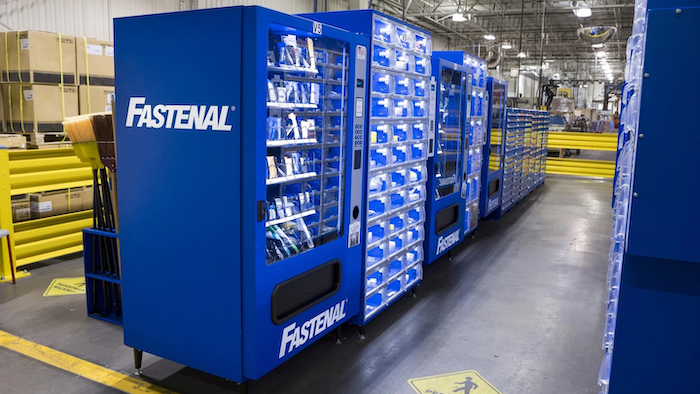 Fastenal reported its July sales information on Friday, and the numbers further illustrated a continued trajectory — albeit gradual — toward normalcy amid the pandemic’s drastic impacts on industrial distribution end markets.

In April and May during the height of the pandemic’s impact on industrial supplier’s product mix, Fastenal’s safety products had year-over-year sales gains of 136.3 and 119.7 percent, respectively. In the company’s newest figures, August safety sales grew 35.1 percent. That's still unquestionably very strong, but considerably less than 94.9 percent in June and a tick down from 38.0 percent in July.

The company’s sales of all other products likewise continue to grow back toward breakeven year-over-year, down 1.9 percent in August after marks of -3.6 and -6.3 percent the previous two months, respectively.

Overall, Fastenal’s August sales of $524 million were down 2.2 percent year-over-year, with daily sales up 2.5 percent. That daily sales figure peaked at 14.8 percent in May, largely powered by surge orders of safety and PPE products before proceeding as up 9.5 percent in June and up 2.6 percent in July.

Overall, the numbers illustrate that selling conditions, at least for Fastenal, appear to be returning to a sense of normalcy, though it will likely still be at least a couple months before those percentages more closely resemble what they were in January before the pandemic hit Asia in earnest, when the company was consistently growing fastener sales in the low single digits and all other products in the low to mid-single digits. Fastenal’s safety sales should remain considerably elevated through the remainder of 2020.