The move will let U.S. retailers tap into the estimated 500 million Chinese online shoppers who spent $298 billion online in 2013. 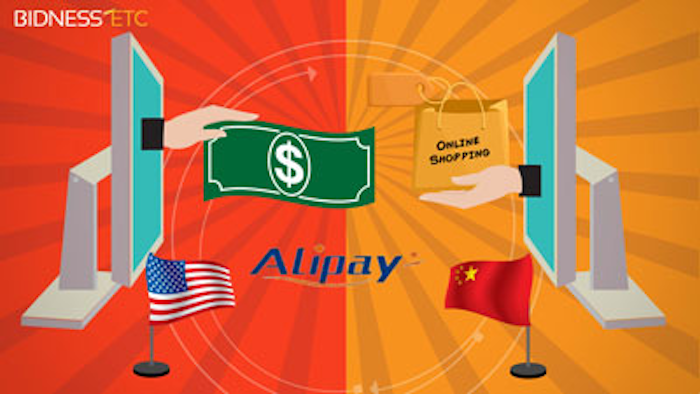 NEW YORK (AP) — China's half billion online shoppers will soon have an easier way to shop in the U.S.

Alipay, the payments unit recently spun off from Chinese e-commerce powerhouse Alibaba, is launching a service for U.S. retailers called ePass. Alipay has already been working in beta mode with retailers such as luxury deal site Gilt.com, The Gap and H&M.

"We want to demystify the Chinese consumer for U.S. retailers," said Jingming Li, president and chief architect of Alipay U.S., which has a U.S. base in Santa Clara, California, alongside its affiliate Alibaba.

The move will let U.S. retailers tap into the estimated 500 million Chinese online shoppers who spent $298 billion online in 2013. EPass will be available to any U.S. retailer interested in reaching the Chinese consumer, Li said in a press briefing.

And it comes as the payment-services category is heating up with new offerings including Apple Pay, and eBay's plan to split off its PayPal payments business next year.

It is possible for a Chinese customer to make purchases on U.S. retail sites without ePass, but the process involves using an international credit card and typically brings mark-ups on Western products. EPass aims to ease the "friction" of international purchases, Li said.

Users of ePass will see an ePass payment option when they check out on a retailer's site. Chinese shoppers pay in yuan using their Alipay account and Alipay transmits the payment to merchants in 14 currencies via 180 international financial institutions. Customs duties are calculated at checkout.

Alibaba started Alipay in 2004 to facilitate payments on its web sites and spun off the unit in 2011 into a company controlled by Alibaba CEO Jack Ma. Because it was spun off, Alipay was not part of Alibaba's mammoth $25 billion IPO in September, the largest ever.

Alipay says ePass can provide retailers with payment processing services, as well as shipping logistics and marketing services as needed. Alipay will take a cut of each transaction but did not specify how much the percentage is.