The Latest On Small Business Health & Its Effect On The U.S. Economy

The health of the U.S. economy. That’s a big topic – and a very important one. It is also one that tends to be overwhelming and incomprehensible, but by understanding more fully the effect that small businesses have on the overall economy, we can gain a better grasp of what is happening locally, nationally, and globally. Small businesses make a big impact. 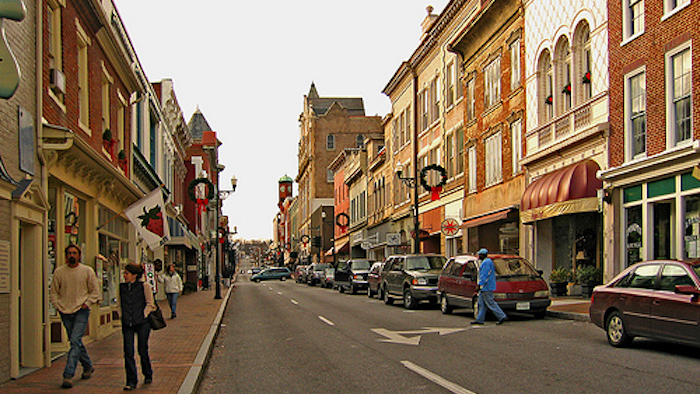 The health of the U.S. economy. That’s a big topic – and a very important one.

It is also one that tends to be overwhelming and incomprehensible, but by understanding more fully the effect that small businesses have on the overall economy, we can gain a better grasp of what is happening locally, nationally, and globally. Small businesses make a big impact.

Dun & Bradstreet, a company that provides global information and analysis about businesses and for businesses, just last week launched their U.S. Economic Health Tracker. The tracker is a new index designed to follow, analyze, and predict market data surrounding small businesses and the overall health of the U.S. economy. D&B worked for two years to create the methodology that the tracker utilizes, and the company says that by retroactively applying their formulas to the data of the early 2000s, D&B could have predicted the downturn in 2007.

I’m no economist, but I am intrigued nonetheless. Mostly since D&B is promising to release their monthly tracker update with employment number predictions ahead of the employment report delivered each month by the Bureau of Labor Statics. Even this math-adverse student can match up the numbers and see if D&B’s predications pull their own weight.

Because of this, the first segment included in every monthly tracker is the Small Business Health Index (SBHI), a measurement of the pulse of small businesses with less than 100 employees. Factors influencing the index will include payment delinquency, credit card delinquency, and credit card use.

These factors – with the data gathered from over 27,000,000 businesses – provide a snapshot of business behavior, including whether businesses may be sliding toward default or planning large capital expenses in the future: both indicators of the overall health of the segment, and in turn of the general economy. While business owners can say in an interview that they feel optimistic, their true feelings shine through their purchasing behaviors.

The SBHI dropped 0.2% in January of 2014 from the previous month, a figure that Ballew says is reassuring. Considering the overall economic climate and talks of minimum wage increases, and the interruptions to businesses in the first month of the year to extreme weather conditions in many parts of the country, Ballew calls the SBHI “remarkably stable” for the first time since the recession.

While recovery remains uneven, industries that have been lagging behind are gradually accelerating with each passing month. These include manufacturing and transportation, with manufacturing growth up 11% year-over-year. Recovery in real estate, retail, and construction has slowed.

“There is still a long way to go to make up for the severity of the downturn,” he does note, but the gap is closing, albeit slowly.

The second segment of the report each month is the U.S. Jobs Health segment, complete with predictions from D&B ahead of the BLS release. With this employment growth segment, Ballew promises to present “the story behind the story” by looking into key verticals each month and providing a deeper picture into which segments are driving growth and which are contracting – and why.

D&B predicted that 153,000 jobs had been added in January in their first U.S. Jobs Health report, with a prediction that there will be – on average – 225,000 jobs added per month in 2014. The company also estimated that the December numbers from the BLS would be adjusted upward in the release on Friday.

The BLS announced last week that 113,000 jobs were added in January, a difference of 40,000 from the D&B report. Once the adjusted rate comes out in March, it will be easier to compare the two numbers. D&B did correctly predict that the December numbers would be adjusted, with the BLS adding just an extra 1,000 jobs to the numbers for December.

D&B saw an uptick in jobs in manufacturing, construction, retail, business services, and trade, transportation, and utilities, concurrent with the BLS release. The only decrease they reported was in real estate.

The third and final section is the overall U.S. Business Health Index where D&B assigns a numerical value between 0 and 100 to the overall U.S. economy based on their data. Much like the monthly ISM Report on Business that we run in Industrial Distribution each month, this index will measure above 50 when the economy is growing, and below 50 when the economy is contracting.

“This is the highest number we have seen since December of 2010,” noted Ballew. “U.S. Businesses are as healthy as they have been in decades.”

Overall, small business are stable and slowly beginning to utilize available credit more and more. Jobs are being added at an okay pace, but D&B hopes to see this trend move upward in the coming months. In the March Economic Health Tracker, Ballew will discuss the geographical impact on the economy and which metropolitan areas are experiencing growth or contraction and why.

Says Ballew: “Things are positive, not surging. There are lots of reasons to be optimistic. We are not seeing anything that tells us we shouldn’t see growth in 2014.” 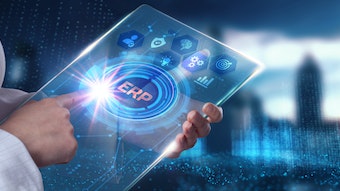