CMMI: Is Your Business Mature Enough?

CMMI isn’t a compliance exercise, and doesn’t require adherence to a particular methodology, such as Six Sigma or Lean. It’s methodologically agnostic, which means that rather on focusing on how to do something, it focuses on what needs to be done. Companies who utilize the framework learn about their capability, or lack thereof, and can then work to bring that into alignment with business goals. 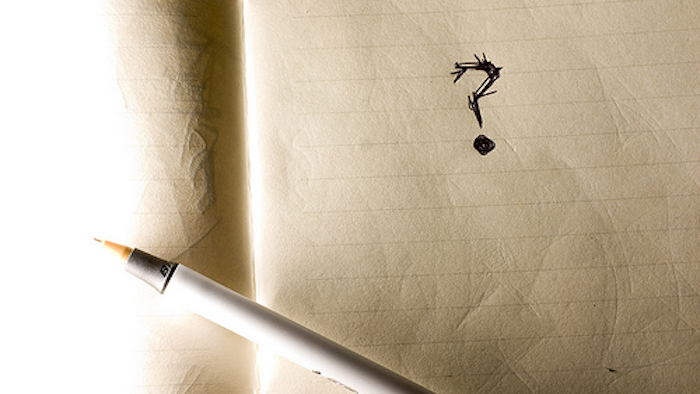 Back in November, the CMMI Institute announced a number of new initiatives to extend the reach of its model and to help manufacturers improve their performance. The Institute, established by Carnegie Mellon University, is the current home for the Capability Maturity Model Integration (CMMI), which was developed in the late 1980s at the Software Engineering Institute (SEI) within Carnegie Mellon, in order to push excellence in software and systems development.

Unlike other frameworks or standards, CMMI isn’t a compliance exercise, and doesn’t require adherence to a particular methodology, such as Six Sigma or Lean. It’s methodologically agnostic, which means that rather on focusing on how to do something, it focuses on what needs to be done. Companies who utilize the framework learn about their capability, or lack thereof, and can then work to bring that into alignment with their business goals. In other words, Six Sigma is a “how,” whereas CMMI teaches about the “what” that needs improvement.

Since the ‘80s, the philosophy has been extended beyond software and implemented in some of the largest and most influential manufacturers around the world: Raytheon, Samsung, Intel and even NASA’s Jet Propulsion Lab have taken the model onboard and improved their businesses because of it. It moved quickly through the aerospace and defense markets before being translated into more general manufacturing.

Kirk Botula, the CEO of the CMMI Institute, says the framework has been adopted in 94 countries and is supported by 12 governments around the world to invest in regional competitiveness. He says, “We have an appraisal system that allows people to look into an organization and evaluate their capability. Last year, there were over 1,000 appraisals done globally, and 38 percent of them were done in China.”

Clearly, it’s a global phenomenon. Botula adds: “Since its introduction, over 150,000 individuals have been trained with the introductory course, and there have been over 12,000 formal appraisals using the CMMI framework. There are close to 3,000 and 4,000 active appraisals. That gives you a sense for the adoption of the framework.”

While CMMI, as a framework, has seen enormous expansion and success, Botula says that hasn’t been enough for the Institute. He says that over the years, they’ve done a great job of creating appraisers, who require training, certification and a great depth of knowledge. They’re like the “doctors” of the operational improvement space, Botula says, and usually act as consultants. But what the Institute hasn’t been doing is training the “practitioners,” people within an organization who will actually set the lessons learned from a CMMI appraisal into practice.

“We’re trying to create a bridge from the elite cadre of experts and methods, to a more practical resource,” Botula says, by introducing a self-assessment tool that allows organizations to diagnose the current state of their organization. By answering a brief set of questions, users get an analysis of their strengths and weaknesses, as well as solutions to improve capacity. They’re certainly not as in-depth as an assessment from one of those “doctors,” Botula admits, but they’re an important introduction and first step toward more in-depth CMMI usage.

In addition, the CMMI Institute is rolling out certifications to help individuals to convert their CMMI experience into professional development, which will enable more consultants to enter the marketplace and better service those companies who have just begun to approach the CMMI framework via the self-assessment tool.

Both of these tools will be rolled out in early 2014 to manufacturers and other businesses all around the world.

Bringing CMMI to your business

When it comes to bringing the CMMI framework to an existing manufacturer, there are a number of avenues. Botula says, “We have three appraisal methods that people get trained in, ranging from an extremely robust, detailed appraisal, the purpose of which is to be able to help communicate to customers how robust someone’s capabilities are, to a lightweight gap analysis, or an assessment of what’s missing.”

The new self-assessment tool is now one of those three, and is by far the easiest to bring together, without any investment in tools or consultants. The ability to see where a business might be failing in its capabilities could be invaluable, and the CMMI Institute has made it easier than ever. From there, businesses can act on what they’re found via the self-assessment, or bring in a consultant to help guide the next step.

And because the CMMI framework doesn’t prescribe a particular method of finding that improvement, it can be used again and again to calculate new gaps in capability. Botula says, “As business goals, or priorities, change, you can always look at the framework through a different lens to help get a sense as to where there’s some potential bang for your buck. Or where there’s some potential risk that you may need to mitigate.”

He argues that there’s no harm in conducting the self-assessment and seeing where any business rests along the maturity scale. And based on the success of other companies who have pushed the framework to its limits, it just might be the best business decision to make in 2014. Botula says in recent memory, one Chinese software company, at CMMI Level 5, was able to deliver nearly 80 percent of its projects with 0 defects — any business knows just how difficult that can be to pull off.

And while quality is one major area in which CMMI offers the potential for improvement, Botula says other manufacturers are often interested in predictability of performance, such as on-time delivery, or even speed to market. He adds: “Traditionally, with CMMI, you see benefits in productivity, quality and predictability of delivery.”

In its history, CMMI has tallied up some impressive results. The NASA Jet Propulsion Lab used CMMI to help build the Curiosity rover that is now on the surface of Mars. After starting with the framework, Siemens saw a 25 percent increase in its productivity. Raytheon has reduced rework costs by 42 percent, and Intel cut down the time they spent on verification and validation work by 94 percent.

CMMI in its own framework

As with the CMMI framework itself, which espouses constant re-adjustment of improvement techniques to meet current business goals and demands, the Institute is working hard to make itself more accessible and more well-known. And as with any good practitioner of CMMI, Botula is well-aware of that flaw, saying, “As much impact it has had, a lot of folks don’t know about it.” The new self-assessment tool and better certification programs are part of an effort to increase accessibility and smooth the bridge toward adoption, especially among the younger generations, who are just entering the industry.

He adds: “The people that are familiar with CMMI are often associating it with the operating environment in which they ran into it. For example, if someone ran into CMMI ten years ago, say, at Raytheon, in a very complex, traditional waterfall engineering environment, and they won’t understand that it’s methodologically agnostic — it can work just as well in any environment.”

That’s important, Botula says, because “the future is less about process improvement and more about performance management.” He argues that one of the critical management questions today is knowing what a business needs to be great at, and knowing the value of that skill. It adds up to “strategic perspective,” and without that, it’s easy for improvement initiatives to never “see the forest for the trees.”

Perspective will be of critical importance as manufacturers continue to push their operations to new heights, as will the ability to separate the method of improvement from business goals. Botula says, “People are running businesses in complex environments. They generally want that complexity simplified. The hazard is that they look for recipes, and want to leave their brains at the door.”