When Do Work Shifts Really End?

As the Supreme Court weighs arguments on when the working day ends for Amazon.com warehouse workers, it stirs the question of what exactly employees should be paid for. 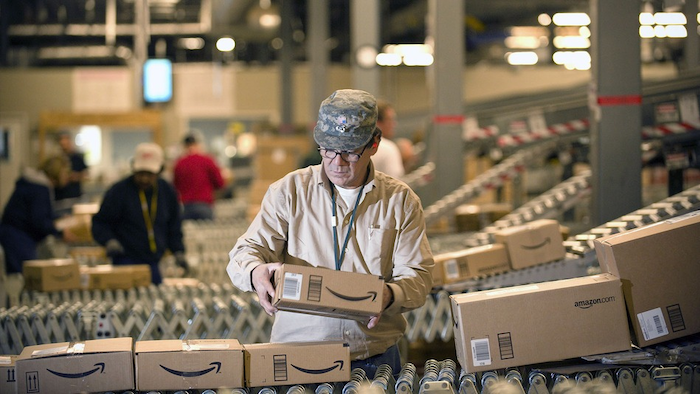 On Wednesday the U.S. Supreme Court heard arguments in a lawsuit filed by two former Nevada-based Amazon.com warehouse employees who claim they should be compensated for their time spent waiting to be searched for stolen merchandise.

Their claims state Amazon warehouse workers regularly have to wait up to 25 minutes to be searched before finally being able to leave the facility — 25 minutes unpaid as Amazon doesn’t consider them part of a work shift.

And even though the Amazon employees’ arguments went poorly on Wednesday, it still stirs the debate on what should and shouldn’t be considered payable work duties.

The Amazon case in particular is of importance to suppliers and those in charge of staffing warehouses where anti-theft security checks are in place, as well as the retail staffing.

It’s been an interesting public relations week for the online retailer, who’s tax practices went under investigation beginning Tuesday by the European Union as part of a tax eversion crackdown.

The argument for the former Amazon warehouse workers is simple: The company required employees to pass through security screenings, thus making it part of the job.

But Amazon and Integrity Staffing Solutions have countered with an equally simple rebuttal. Justice Antonin Scalia said Wednesday the security check “is not indispensable to taking care of activity in the warehouse.” “You wouldn’t anybody to just come in and go through security,” added Justice Samuel Alito.

It’s not a good time for warehouse employees to get disgruntled. The distribution industry is already in a harsh labor shortage that’s reaching a critical point, according to a survey published last week by ProLogistics, a firm that provides staffing services for warehouses and distribution centers.

If the case goes the way of the Amazon warehouse workers, the reverberations would be great. Paying for those screenings would cost employers hundreds of millions in back pay and overtime. That could break government budgets and sink business.

But not all justices were apathetic to the employees’ cause. Justice Elena Kagan argued security checks are an essential part of Amazon’s operation.

“I mean, what makes it Amazon?” Kagan said. “It’s a system of inventory control that betters everybody in the business. And what’s really important to Amazon is that it knows where every toothbrush in the warehouse is.”

It’s undoubtedly a tough argument. On one hand, the only reason those workers are spending those 25 minutes in a security line after they’ve punched out is because they were told to. Thus, making it a work responsibility. Christine L. Owens, Director of the National Employment Law Project, called the practice of not paying workers for security checks "preposterous."

On the other hand, employers could relate the practice to the time workers spend removing safety apparel, or walking to their car, or waiting to punch out or pick up a pay check — “minor day-to-day inconveniences” — as Amazon’s attorneys called them.

The other side of the slope is just as slippery. If the Supreme Court rules in favor of Amazon and says security checks indeed don’t need to be paid on the principle they aren’t “integral and indispensable” to workers’ “principal activities,” what’s to stop Amazon or any other employer from imposing other pre- and post-shift mandatory unpaid labor activities in the workplace?

The employers’ argument has more teeth than just wanting 25 minutes worth of pay added to their regular shift. That’s an extra near-half hour workers have to account for at the end of the day. On days security checks take longer than expected, that cuts further into personal time.

The Supreme Court skeptics, and Amazon, don’t consider waiting in line for a security check a “principal activity” of a warehouse worker’s job duties. But a business group called the Retail Litigation Center stated in a brief supporting Amazon that the industry in general loses $16 billion annually in thefts. So the security checks are certainly necessary. They are beneficial to the company. If warehouse workers tried to skip those security checks, they would certainly be fired. A worker completing a required activity at the workplace is, by definition, working. Since they aren’t free to go until they pass the security check, shouldn’t they be getting paid for that work?

What do you think? Is the employees’ argument as clear-cut as it sounds, or does Amazon have ground to stand on?