It's not just big businesses like JPMorgan Chase, Target and Home Depot that get hacked. Small companies suffer from intrusions into their computer systems, too. 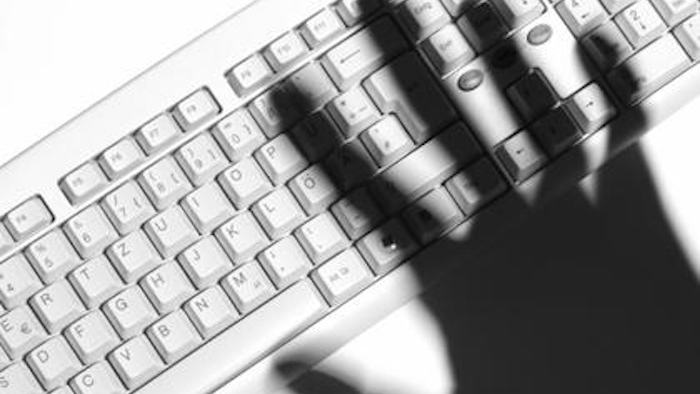 NEW YORK (AP) — It's not just big businesses like JPMorgan Chase, Target and Home Depot that get hacked. Small companies suffer from intrusions into their computer systems, too.

The costs associated with computer and website attacks can run well into the thousands and even millions of dollars for a small company. Many small businesses have been attacked — 44 percent, according to a 2013 survey by the National Small Business Association, an advocacy group. Those companies had costs averaging $8,700.

JPMorgan Chase said the attack on its computer servers this summer compromised customer information from about 76 million households and 7 million small businesses. Target Corp., Michaels Stores Inc. and Neiman Marcus have also reported breaches of their computer systems in the past year, as did Home Depot Inc., whose customers include small contracting companies.

Typically, businesses must have a computer expert find the source of the attack and systems have to be purged of harmful software like viruses. When websites are shut down revenue can be lost.

Making matters worse, if customer data was breached, companies often must pay to notify each person or business affected. In some states, they're encouraged to pay for credit report monitoring for customers, says Matt Donovan, head of technology insurance underwriting for the insurer Hiscox USA.

In almost every state, companies must notify people when information has been breached, says Samuel Cornish, a commercial law attorney with Genova Burns Giantomasi Webster in Newark, New Jersey. Companies can also be liable for damages in lawsuits brought by customers, he says.

Small businesses are particularly vulnerable to attacks because many owners believe they don't have the time and money to invest in software programs or consulting services to make systems more secure.

Many businesses are ignorant of risks they face or possible solutions, says Jeff Foresman, a consultant with Rook Security, an Indianapolis-based computer security company. They may not realize an attack can happen from a seemingly harmless source. For example, a perfectly normal-looking email from a friend's computer that was attacked without the owner's knowledge could lead to trouble.

Berkeley Varitronic Systems' bank account was hacked earlier this year and $50,000 was taken, CEO Scott Schober says. He got the money back, but considers the incident a lesson. He had already invested $50,000 in security for his own systems and plans to add another $20,000.

Schober believes his Metuchen, New Jersey-based company was attacked via its bank because its business is computer security.

"We are a target. Thieves like to send that message," he says.

No system is hacker-proof, but there steps, some of them inexpensive, businesses can take to shore up defenses and mitigate damage from attacks that get through:

— Hire computer security consultants to evaluate computers and websites and suggest ways to protect them.

— Buy insurance to cover financial losses. Premiums can be as low as $1,000 a year for $1 million in coverage.

— Make sure email is secure by using an email provider that has proper security systems, Caruso says.

—Avoid having customers' credit card information stolen by using a separate company to process orders. The company should guarantee that its systems are secure.

— Use a service that helps weed out fraudulent credit card transactions, says Jason Opdyke, director of online commerce for Berkeley, California-based BearExtender, which sells Wi-Fi equipment. It uses such a service to try to avoid becoming a victim of attempted fraud.

Is COVID Eliminating the Need for Factory Workers?

How Industrial Organizations Can Integrate Compliance Without Burdening Employees

How PPP Loans Factor Into Taxes

New rules spelled out in the latest round of coronavirus relief help put an end to the confusion.
Feb 15th, 2021

If they decide yes, they have to be ready for the possibility that some staffers will refuse.
Feb 15th, 2021

The Corporate Transparency Act's articulated purpose is to "crack down on anonymous shell companies."
Feb 12th, 2021

The CRM You Never Knew You Needed

Taking advantage of software benefits means salespeople can keep their foot on the gas, despite the pandemic.
Feb 10th, 2021

Businesses Face Hard Decisions on Whether, When to Hire

For many, it's a question of how comfortable customers will feel about gathering in places like restaurants, stores and gyms.
Feb 4th, 2021

Technology and a progressive approach have powered Stellar Industrial Supply through the pandemic.
Feb 2nd, 2021

OSHA also said that it will resume publicly announcing when it fines workplaces for unsafe conditions.
Feb 1st, 2021

The Ballistix founder & CEO says it’s not that salespeople have the wrong intentions — they simply operate in an environment that constrains them.
Jan 28th, 2021
Follow Us
Most Recent