Thanks to companies like Atheer Labs, augmented reality is no longer a thing of science fiction and cinema. It’s being used right now, and Atheer wants to bring the technology to the industrial workplace sooner than you’d think.

There is a scene in the 2002 film Minority Report where Tom Cruise’s character uses a 3D interface to track and predict crime, grabbing and moving 3D images in front of him. There’s similar scenes in the IronMan movies, where Robert Downey Jr.’s character Tony Stark makes regular use of augmented reality to take apart or build hi-tech gadgets.

Thanks to companies like Atheer Labs, augmented reality is no longer a thing of science fiction and cinema. It’s being used right now, and Atheer wants to bring the technology to the industrial workplace sooner than you’d think.

Under the direction of new CEO Alberto Torres, the company is deep in development of the Atheer AiR Smart Glasses™, aimed for a variety of industrial applications. The glasses are a virtual tablet with the major proponent of keeping workers’ hands free while giving them access to all the information and apps they would on a tablet.

Especially inviting industries for the glasses are construction, warehousing, oil & gas, and mining.

Construction was the first industry considered by Atheer to implement augmented reality technology due to the high amount of applications.

Atheer’s AiR platform features glasses operated by hand gestures. Precise, mobile-optimized gesture recognition software allows the user to view things like 3D blueprints for a structure or engine, accurate readings of dimensions, analytical data, instructional videos, images and emails. They can also live-stream their point-of-view. Those are high commodities in a workplace that gets dirty and has a premium on hands being readily available.

“The advantages over physical screens is that a physical touch screen gets smudged and dirty in construction,” says Soulaiman Itani, founder and chief scientist of Atheer Labs. “Gloves are bulky and dirty and normal gloves don’t work with touch screens. 3D screens improve the workflow and makes things automated. In construction, you can have a part and a map overlaid in 3D on top of it. You can see how things are connected, how it’s supposed to be. Because of contextualization, you don’t need to research and go looking for information.”

In the video below, Atheer's AiR technology is shown as it would be used in a construction setting.

The glasses are still at least a year away from being mass implemented at work sites, but have already turned heads of potential suitors.

“We started doing market research and talking to people, trying to find out who has the highest need, and that led us to meet a large number of very big companies — we’re talking about public companies, multi-million dollar — who are interested,” Itani says.

Mountain View, California-based Atheer is also looking to introduce Smart Glasses to the medical and science industries, given the advantages hands-free wearable technology presents in those fields.

For those wondering, ‘how is this different than Google Glass?’ the answer is simple: Google Glass is a consumer product, while Atheer’s Smart Glasses are designed specifically for an industrial setting — construction, mining, engineering, oil-types of fields where things get dirty and there is also a need for digital information.

“The richness of the virtual experience is completely different,” he says. “Google Glass wouldn’t be able to display a manual or rich video the way ours do. Second, interaction with Google Glass is pretty basic. You have touch buttons on the side of the head. It has a very limited interface. We provide a rich set of gestures which allow you to manipulate objects in 3D. We can do voice integration. Third, Google Glass runs a very limited version of Android. Ours runs full Android applications.”

Another key component of the Smart Glasses is its simplicity. While hi-tech, anyone who knows how to use a tablet can operate Smart Glasses, and the use of tablets at work sites has increased exponentially.

“In many cases, workers already need to carry a tablet anyway,” says Allen Yang, Fellow at Atheer. “We understand not everyone has a PhD or is a technology geek. We want to make the transition really easy. From the user point of view, they are using a regular tablet. They don’t have to learn anything that is drastically different than what they’re used to. We’re just replacing the physical factor with a virtual one.”

When will we see them?

As far as a production timetable, Atheer said it’s still too early to confirm any dates as the technology continues to improve and be optimized over the next year. Torres says distribution of the Smart Glasses has been limited as the hardware and software are still being perfected. Atheer will build more devices in early 2015 to be shipped to some lead customers, to be followed by larger distribution. Product cost is also to be determined.

“It would be premature for us to provide an estimate at this time,” Yang says. “The whole field is moving really fast. We’ve identified the good components we will be working with on this product. The volume and the market is growing, and it’s a real fluid situation to predict how the pricing of the components will be in one year’s time.”

But for those that can’t wait to get an early hands-on experience with the Smart Glasses, they can request a developer kit from Atheer.

“It’s very useful for people to start adapting and getting used to the idea of, ‘Now that I have a different form of computer, how can I use that to optimize my workflow?’” Itani says.

For more information on Atheer’s AiR Smart Glasses or its other developments, visit www.atheerlabs.com. 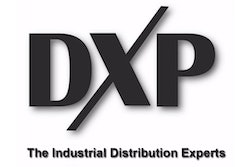 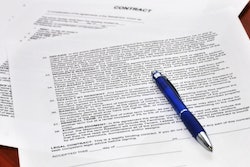 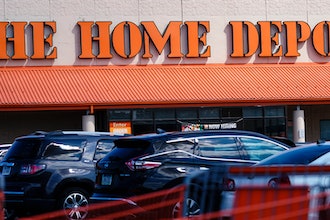 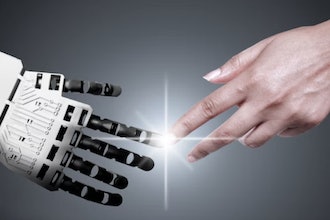 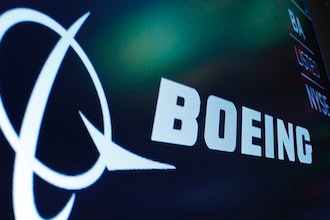